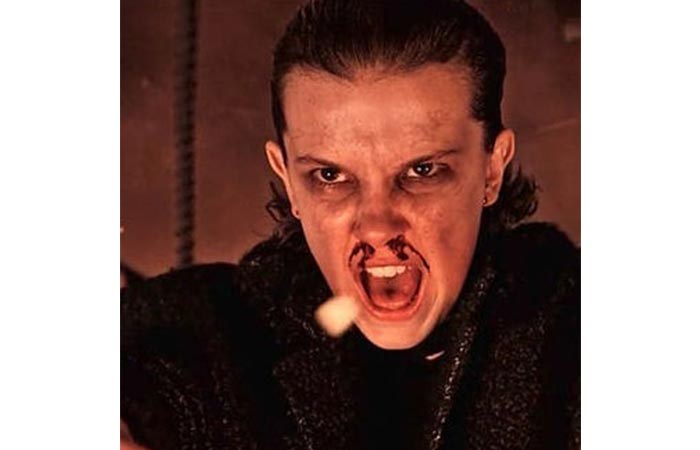 Halloween is not just about finding the perfect costume anymore. You cannot zip up an outfit and wear a mask this year — it’s 2019 for god’s sake! Simple costumes with zero makeup are only for 6 six-year-olds and if you want to rock that Halloween party you’re eagerly waiting for, you’ve got to try a little harder. The perfect Halloween look can only be achieved if you know how to balance makeup and costume. Unless you’re wearing a Deadpool outfit or a Spiderman outfit that covers your body completely, you’ve got to pay attention to your makeup. And it’s not a difficult task to get the makeup done because there are tonnes of tutorial videos up on the internet. Even so, if you’re not confident about doing it yourself, you can always seek the help of a makeup artist to fix your scary Halloween look.

So, for this year, we’ve curated some of the best makeup ideas that are going to sweep you off your feet. In the following list, we’ve included simple ones as well as high-end makeup looks for which you’ll need to seek professional help. Depending upon what you like and your budget, you can choose one of these to dance with the dead on 31st October this year.

Eleven, the girl with superpowers from Stranger Things is one of the biggest sensations among teenagers and adults alike. The popularity of the character has multiplied after the release of the 4th season of the series in July. Throughout the series, we’ve seen Eleven in different avatars and all of them are equally good. However, for this list, we’ve picked up her hippie look from season 2. This makeup isn’t very difficult to get done. The key features include gelled hair that’s combed back, bloody nose, and eye makeup with smudged kohl.

Billy Hargrove from Stranger Things has also been quite the favorite of many. To get Billy’s makeup done, you’ll need contact lenses of his eye color, light pink lip tint, and the very thin mustache that looks perfectly good on him. Also, don’t forget the thick eyebrows and curly hair wig.

Cat faces are very common at Halloween events. People go for tiger, cheetah, panther, and jaguar faces when it comes to the makeup but if you’re a Lion King fan, you can try out Simba’s face with his innocent expression as shown in the picture. 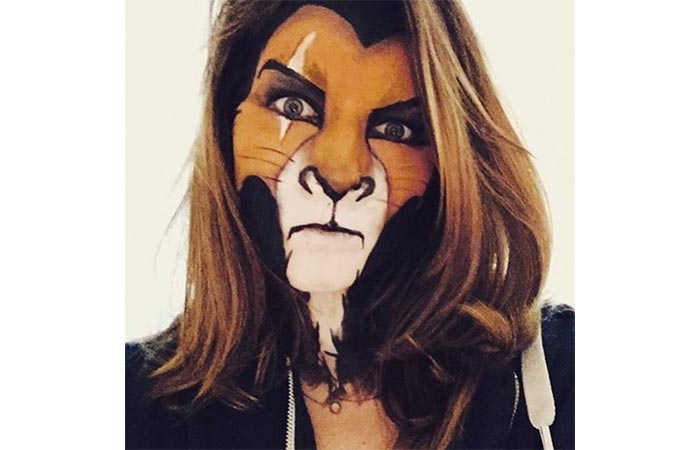 More than Simba, people like the makeup of Scar, the evil uncle from The Lion King. Unlike Simba, the makeup is a bit darker with black mane for Scar. The distinctive scar over one of the eyebrows is the most important element for this look. 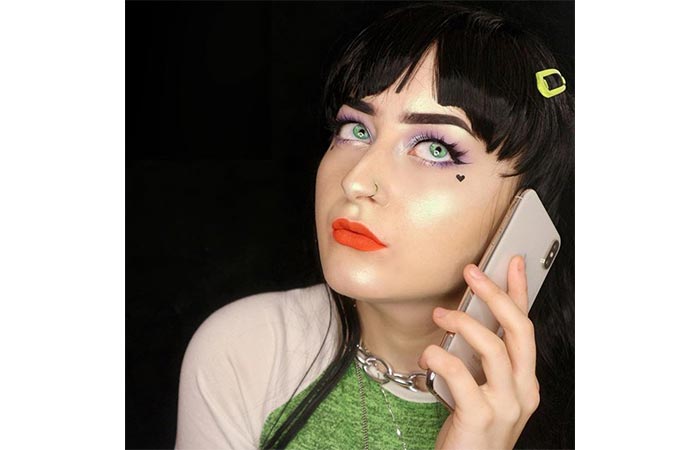 The Powerpuff Girls will never go out of style as long as we celebrate Halloween. The makeup of Blossom and Bubbles is much easier when compared to that of Buttercup. We pick Buttercup here because she has the savage and fierce-looking face which is quite apt for a Halloween event while the other two girls’ have simple makeup.

Jasmine, the pretty Arabian princess was brought to life by Naomi Scott in the recently released Disney movie, Aladdin. Jasmine’s makeup is all hues of blue and gold, all done in a very classy way. If you’re thinking about dressing up like a princess, Jasmine is trending high for this year’s Halloween. 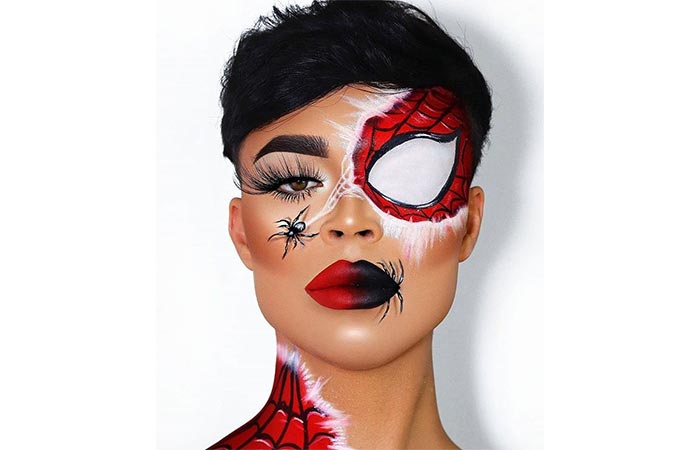 Yes, yes, we know what you’re thinking — Spiderman outfits cover your whole face and where’s makeup in that, right? Well, a bit of red and black spider web on your face with an eye painted white will give you the Spiderman look in a non-conventional way. The makeup is pretty simple and you can do it yourself at home. 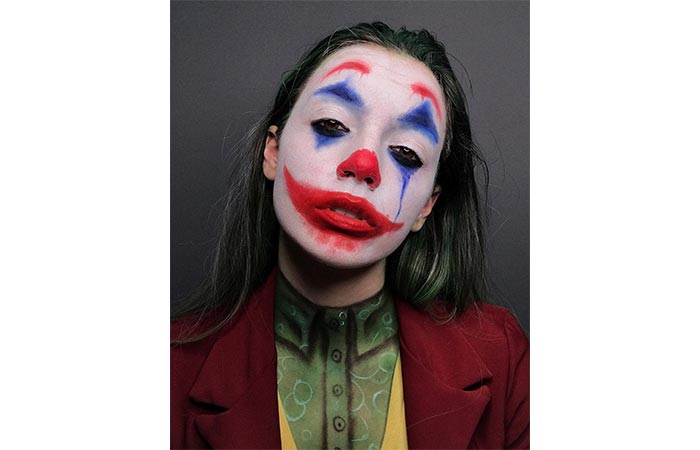 The Joker is one of the most favorite Halloween makeup looks for years! You can either go for Heath Ledger’s Joker makeup, Jared Letto’s Joker look or the classy old Jack Nicholson’s Joker makeup. And with the new Joker movie that hit the screens this month, you can try out the latest look portrayed by Joaquin Phoenix. 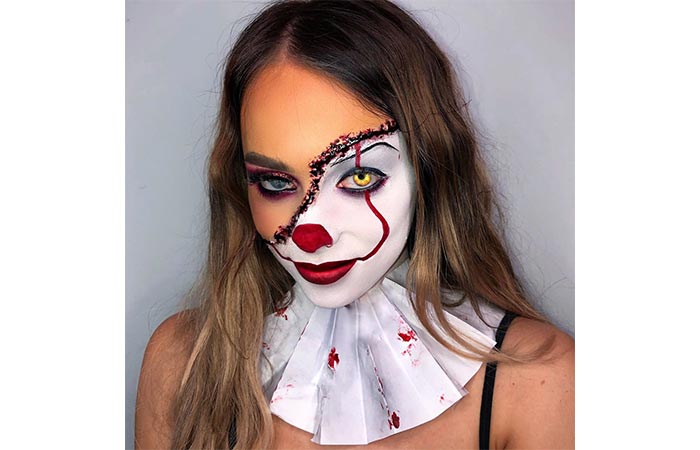 The makeup of Pennywise is quite famous among Halloween lovers. However, this year, you can bring back Pennywise with a bit of a twist. Just get the makeup done partially. It’s almost like you’re turning into the scary clown and that’s quite spooky, right?

The royal queen with a stitched up face! Zendaya nailed this look and gives us major Halloween makeup goals. If you want to slay in class, this is something you should definitely try.

Make sure that you decide on your make up and costumes at least a week or two prior to the day of the event. Also, run makeup trials to check if it stays on properly so that you don’t have to face a makeup malfunction on the Halloween day. Which one of these makeup styles are you excited to try? Let us know in the comments section below.