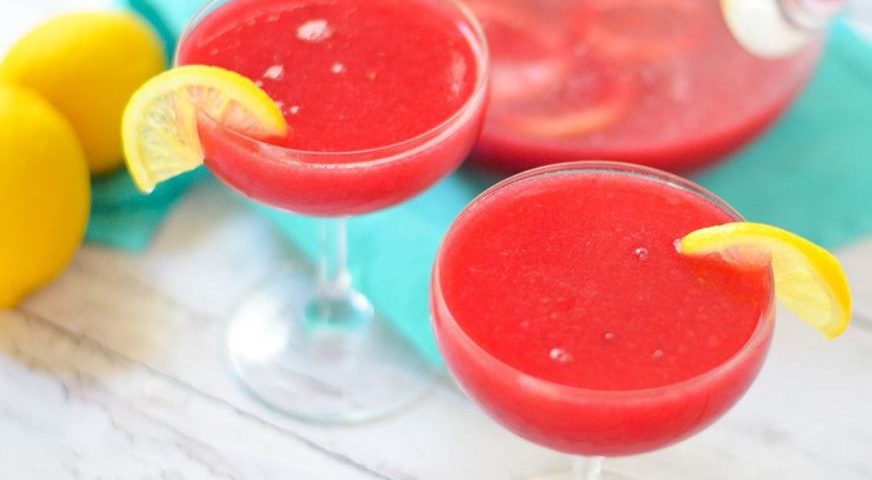 I’m somewhat of a cactus hoarder. I have all different kinds, of all shapes and sizes, scattered throughout my apartment. (Some of them even have names, like four-foot tall Prickles.) Despite my love of the desert plant, it’s never occurred to me that their benefits expand far beyond the joy I get get from living among them.

Searches for “cactus juice” are up 283 percent on Pinterest. The most common type of cactus you’ll see in different recipes is the easy-to-find prickly pear, also known as the opuntia or nopal cactus, which has edible leaves, flowers, stems, and fruit. (After you carefully remove its many spines, of course, which include the easily-visible ones, as well as tiny hair-like glochids.)

If you’re not quite sure what one looks like, there’s a good chance you’ve seen one without realizing it. They have spiky green pads and produce a bright pink fruit commonly sold in the “exotic” section of the supermarket, right next to things like kiwano and passion fruit. They often sold with the spines already removed. And if you noticed the prickly pear fruit looks a lot like dragon fruit, you’re right—the two are actually cousins.

According to the Mayo Clinic, cactus is high in fiber and antioxidants, and might even give you relief from a hangover. It’s also used for its antiviral properties. Plus, it tastes good. The flavor of its fruit is said to be the perfect mix of bubblegum and watermelon. And what’s better for summery sips than that?

Once you try a prickly pear margarita, you’ll never want to go back to anything else. Not only is it tasty, but it’s also super colorful.

The one thing your daily green juice has been missing? Some cactus juice. This recipe calls for half a paddle combined with pineapple chunks, parsley or cilantro, orange juice, and cucumber for an extra-hydrating combo.

Yep, you can use cactus juice to make kombucha, too. If you brew your own at home, adding prickly pear fruit results in a bright pink fermented beverage to sip on.

To make this smoothie, all you need to do is blend up a cup of chopped nopal pad, apple juice, pineapple, celery, and anti-inflammatory ginger.

Touted as the “other” green juice, this cactus juice is made up of fresh nopal pads, plus some fruit for flavor.

Want to keep fueling your cactus fix? Check out the artist that sculpts unkillable cacti and succulents from marble. You can also go see some IRL in some of these worldwide destinations that are about to become total hot spots.