What Is Exposure Therapy? How It Can Help Treat PTSD, Anxiety & More

Chef Stephanie Izard’s Trick for the Most Flavorful Braise Ever 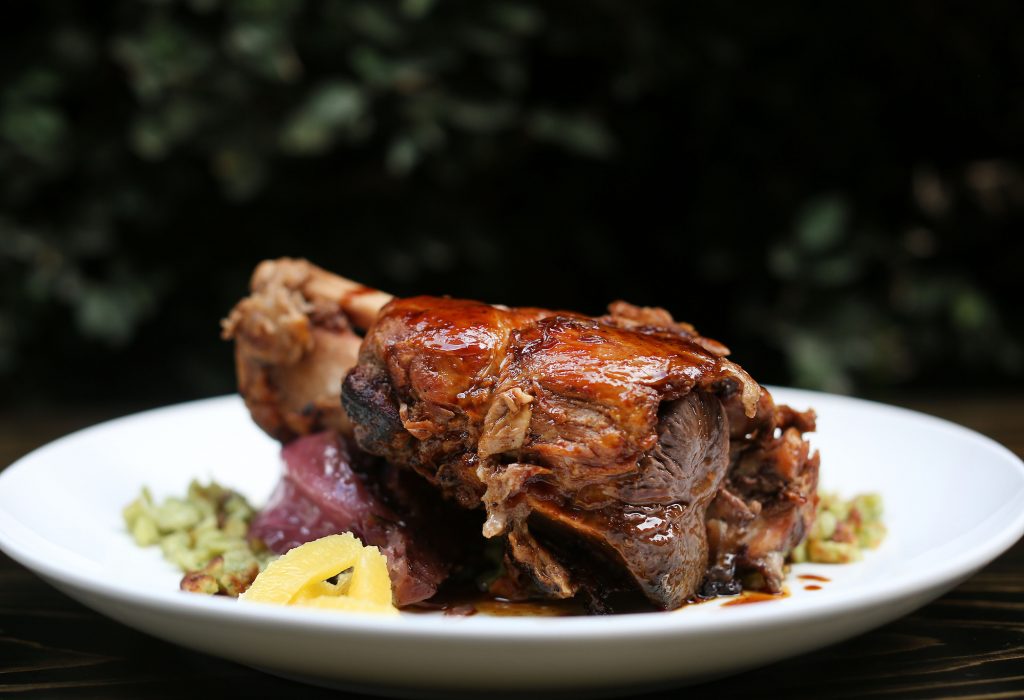 Stephanie Izard definitely knows her way around a braise. In Chicago, her inventive menus at The Girl & The Goat, Little Goat, and Duck Duck Goat draw big crowds, and much of the fanfare centers around her tender braised meats, like the namesake goat dishes, beef short ribs, and even a milk-braised pork ragu. If you’ve had the pleasure of sampling her food, you know that an Izard braise isn’t just tender—though it certainly is that—but also extraordinarily flavorful with deep and complex flavors.

Double DutchWhat to Do with Your New Dutch OvenI caught up with Izard at this year’s Cayman Cookout, a celebrity-chef studded culinary weekend hosted by Eric Ripert at the Ritz Carlton, Grand Cayman. It was there, sipping a piña colada by the sprawling seaside pool, that the former James Beard winner dropped a seriously good tip for nailing an extremely flavorful braise every time.

Izard revealed that in her kitchens, braising liquids are always kept after use and recycled for a future braise, sauce, or any recipe that demands deep flavor. “With each braise, the liquid just gets better and better as flavors cook down and concentrate,” she told me, “ and that stuff is just way too good to waste.” Izard guesses that some of the braising liquids used in her restaurants have literally been going for years now.

If you’re doing this at home for your next braise—and you absolutely should—there are a couple of things to keep in mind. Izard mentioned that her kitchen staff uses (and re-uses) the braising liquids so frequently that they can just be stored in the fridge without spoiling. But if you’re not running a high-volume kitchen, you might not need it quite as often and it’s probably best to freeze the liquid in a plastic Tupperware or pyrex container until you do.

Braise everything in this handsome enameled Dutch oven.

Since there will always be less liquid after braising than when you started, keep in mind you may need to bolster your recycled braising liquid the next time with a little extra broth, stock, or wine, depending on how much is called for in the recipe. But all that rich flavor will still absolutely shine through.

This liquid gold isn’t just for braising either. You can pump up a sauce or drop some braising liquid into a risotto, stew, or soup for an extra flavor punch. In those cases, you probably won’t need quite as much, so consider freezing the braising liquid in ice cube trays and then place the frozen cubes of braising liquid in a storage bag. This way you’ll have major flavor on-hand and in whatever amount you need. Your future food will thank you.

Store your frozen recycled braising liquid in these handy trays.

One other helpful tip is to always label the braising liquid clearly and with the most prominent flavors (garlic, wine, spices, etc) if you can remember to. Not all braises are the same, of course, and you’ll want to know the flavor profile to ensure it works with whatever you’re making next.

Ready to try a new braise? Don’t forget to save the leftover braising liquid when you’re done. See Izard’s recipe for brined and braised pork shanks with coconut milk and dijon mustard, served at her popular Chicago restaurant The Girl & The Goat.