The Ultimate Guide to Jell-O Shots 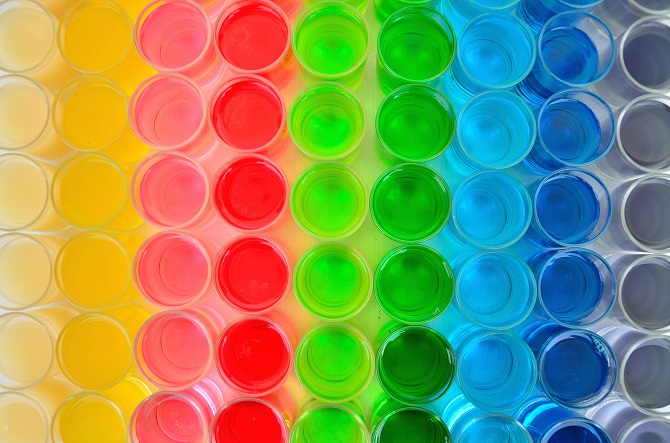 Looking for a way to bring a little more fun (and maybe nostalgic vibes) to your Labor Day party? Try Jello shots—classed up or not!

It may be an emblem of Mardi Gras and Spring Break, but we say all summer long is a great time to get back in touch with that classic college drink: the Jell-O shot (which is technically the proper spelling). It’s also appropriate for tailgating season…

A frat party favorite, gateway shot of teenage girls through generations, and instant party starter, Jell-O shots have grown up with you—well, some of them have.

Depending on what vibes you’re going for, you can create classic Jell-O shots in little plastic cups, or make them into elegant squares with more refined flavors. Vodka may be the most popular type of alcohol for Jell-O shots, but rum, whiskey, flavored liquors, grain alcohol, and even wine are all fair game, and allow for maximum creativity with minimum effort. But first, a little history, then a little basic how-to, and then it’s time to experiment.

When did Jell-O shots bust through a brick wall and on to the scene like the goofier kid brother of the Kool-Aid Man?

Well, while Jell-O shots became popular in the late 1980s and early 1990s, when they started appearing on drinks menus at bars, comedic singer-songwriter Tom Lehrer claims to have invented them back in the 1950s, as a way to get around rules against alcohol on the naval base where he was stationed at the time.

He may well have done that—Jell-O was certainly having a heyday in ’50s America, so it would’ve made sense—but like so many great ideas, it had already been done before. In fact, the very first cocktail manual ever published, in 1862, included a recipe for “Punch Jelly” that is basically one big 19th-century Jell-O shot. (Read Supercall’s account of trying out the Punch Jelly recipe to see the results, and check out a digital scan of the 1887 revision of the recipe.)

Jerry Thomas Bartenders Guide: How to Mix Drinks, or the Bon Vivant’s Companion, $16.98 on Amazon

Get your own copy if you want to try some more interesting old-fashioned recipes—or at least own a piece of cocktail history.

One major difference between the Jerry Thomas punch jelly recipe and modern-day Jell-O shots? Instead of using Jell-O (or even powdered gelatin, which was definitely around at the time), it relied on fish bladders for the jiggly effect. (And if you instinctively recoil at the idea, you should know that lots of modern beer is still filtered using isinglass—aka, fish bladders, which is why many beers are not suitable for strict vegetarians!)

Anyway, there was definitely some historical precedent for wiggly, jiggly, semi-solid booze, and using fruity flavors of Jell-O as an alcohol delivery system was certainly an improvement on the ’50s-era gelatin salads with their suspended chunks of tomatoes and olives…

This may seem pretty obvious, but allow us to clarify—a Jell-O shot (or Jello shot) is made with the branded gelatin dessert, and they’re easily spotted by their neon hues, while jelly shots are made with plain, unflavored gelatin (not specifically Jell-O). Using unflavored gelatin leaves a lot of…wiggle room, if you will…for more nuanced flavor pairings; often lends itself to less rainbow-bright shades; and in general results in a higher quality shot that you wouldn’t be embarrassed to serve at an adult party.

For all your custom Jello shot creations (because that’s definitely still what you’ll call them).

Jell-O shots are most commonly served in small, white Dixie cups, round plastic cups with lids like you might pump condiments into at a fast food joint, or straight out of ice cube trays when made for parties (cheap and easy cleanup FTW) and often lead to a room littered with crushed miniature cups (and passed-out twenty-year-olds).

Jelly shots are more commonly made in baking pans or casserole dishes and cut into neat little squares for serving.

But you can still create fruity, brightly-colored jelly shots if you want to; you just have more flexibility when it comes to flavors and colors.

How to Make Jell-O Shots

To make Jell-O Shots, all you need is the alcohol of your choice, boiling water, and a packet of Jell-O. In our standard, no-frills Jell-O shot recipe, you’ll find the basics. Or you can let Poppy Tooker talk you through how she makes the perfect Jell-O shot in the shortest amount of time (by following the directions for “speed set” on the back of the Jell-O box, but using chilled alcohol instead of cold water):

But if you want to experiment, you’ll need some more specific guidelines, so read on…

How to Make Fancy Jell-O Shots (or Jelly Shots)

When making your own custom jelly shots with plain gelatin, food coloring, flavoring, and more, keep these tips in mind: 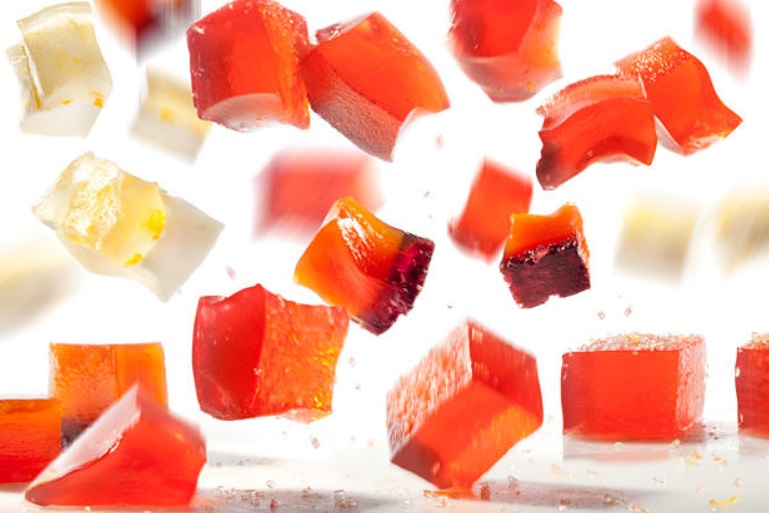 Michelle Palm, author of “The Jelly Shot Test Kitchen: Jell-ing Classic Cocktails—One Drink at a Time,” has some great tips on her website for Jell-O shot “best practices.” For instance:

When it comes to Jell-O shots, the sky’s the limit. You can mix and match any flavors you can think of and even get creative, cutting them into shapes (Jell-O jiggler style) or serve them layered in clear shot glasses. Jell-O shots are also a perfectly convenient item to bring to a picnic, bonfire, or camping trip, and you can pack them easily in Ziploc bags for travel. Check out these recipes for some all-star Jell-O shots that are sure to start the party: 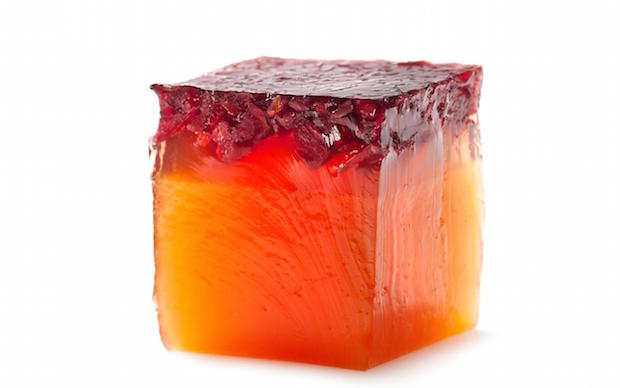 Named after the popular New Orleans Mardi Gras cocktail, these shots require advance preparation to make the two layers, as well as dark and light rums. Hurricanes are a fruity, boozy rum drink made popular by Pat O’Brien’s in the French Quarter, party central of New Orleans. Get our Hurricane Jello Shots recipe. 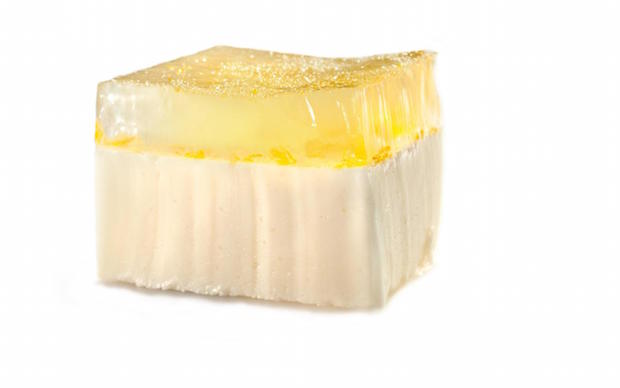 This 1880s vintage cocktail made famous by New Orleans bartender Henry Ramos gets  a makeover. The recipe is something delicious, with orange blossom water and all. Get our Ramos Gin Fizz Jello Shots recipe. 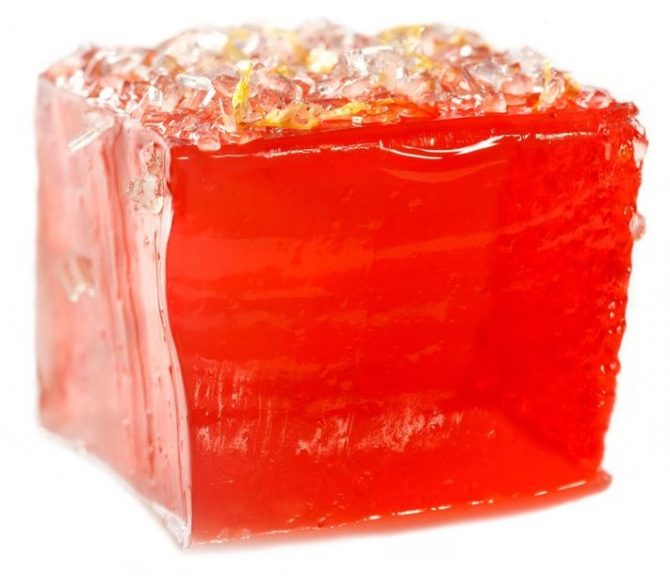 One more jiggly take on a classic New Orleans cocktail, this one has Peychaud’s bitters, Angostura bitters, absinthe, and rye—plus a littler ed food coloring for a ruby tint, and sanding sugar on top for sparkle. Get our Sazerac Jello Shots recipe.

Red, white, and blue layered Jello Shots will be the hit of your Fourth of July party! They are easy to make and will totally WOW your friends! HINT: use disposable shot glasses for easy clean-up!⁣ Find the FULL HOW TO MAKE THEM at Princess Pinky Girl (URL link in my profile) https://princesspinkygirl.com/red-white-blue-layered-jello-shots/

These firecracker shots are the exact right way to celebrate all things American (they also happen to work well for a “Captain Marvel” or “Avengers” viewing party). Blue curacao and grenadine lend the blue and red flavors, and you should top them off with a dollop of whipped cream (fresh if you can swing it, but Reddi-Wip will do in a pinch). Try the Firecracker Shots recipe.

These cherry amaretto shots feature cherry Jell-O and amaretto, an almond liqueur. The Jell-O shots taste good with any flavor of alcohol though, so you can substitute any liqueur for the amaretto. Try Cherry Heering for a double cherry shot. Try the Cherry Amaretto Jello Shots recipe.

The Bramble is made with grape Jell-O, gin, creme de mure, lemon juice, sugar, and fresh blackberries. This recipe replicates the Bramble cocktail with almost identical ingredients, and is the perfect choice to serve at a fancy party where you’d normally not expect to find Jell-O shots. Try the The Bramble Jello Shot recipe.

Pimm’s Cup jelly shots are made in a loaf pan and garnished with tons of fresh ingredients: strawberries, orange slices, mint, and cucumber. This recipe uses ginger ale and lemon syrup for added flavor, and unflavored gelatin to preserve the integrity of the fresh ingredients (no neon-lime-green here). Try the Pimm’s Cup Jelly Shots recipe.

Search “pink lemonade” on the blog for these adorable and yummy pink lemonade jello shots!

Pink lemonade gets a new lease on life in this recipe for Jell-O shots, made with vodka, fresh lemons, sugar, gelatin, and some food coloring. These are great for afternoon barbecues or taking on a picnic since they’re very portable. Try the Pink Lemonade Jello Shots recipe.

You can use fancier wine if you want to, but this kosher classic gets the job done (especially if you replace half of it with vodka). And a sprinkle of edible luster dust adds a festive touch. Get the Manischewitz Red Wine Jello Shots recipe.

Champagne Jello shots are a sure-fire way to get the bubbly flowing at a Valentines Day, wedding, baby shower or bridal party. This recipe is festive, fun, and so easy to make!

If you want to really class up the joint, the choice is clear: make Champagne jelly shots! Sparkling wine, sparkling lemonade or cider, vodka, and gelatin make for a bubbly little French 75-inspired shot; we think a little gold leaf garnish would be just the thing to finish these off. Then again, it might be wasted on the…well, wasted, so use your best judgment. Get the Champagne Jello Shots recipe.

However you make them, Jell-O shots are a fun and easy way to jump-start a party, and can be easily customized for any occasion. Start with the basics, then experiment with flavor combinations like spiced rum and pineapple Jell-O for a taste of the tropics, or chocolate vodka and black cherry Jell-O for a dessert-worthy version a little like Black Forest cake—and be sure to write down your favorite alcohol and flavor combos so you don’t forget…’cause you know that’s likely when these potent little mouthfuls are involved. But above all, don’t wait for an excuse to try them out at your next get-together—as they say, “There’s always room for Jell-O.”

This post was originally published by Caitlin M. O’Shaughnessy on June 6, 2016 and was updated by Jen Wheeler with additional links, images, and text.