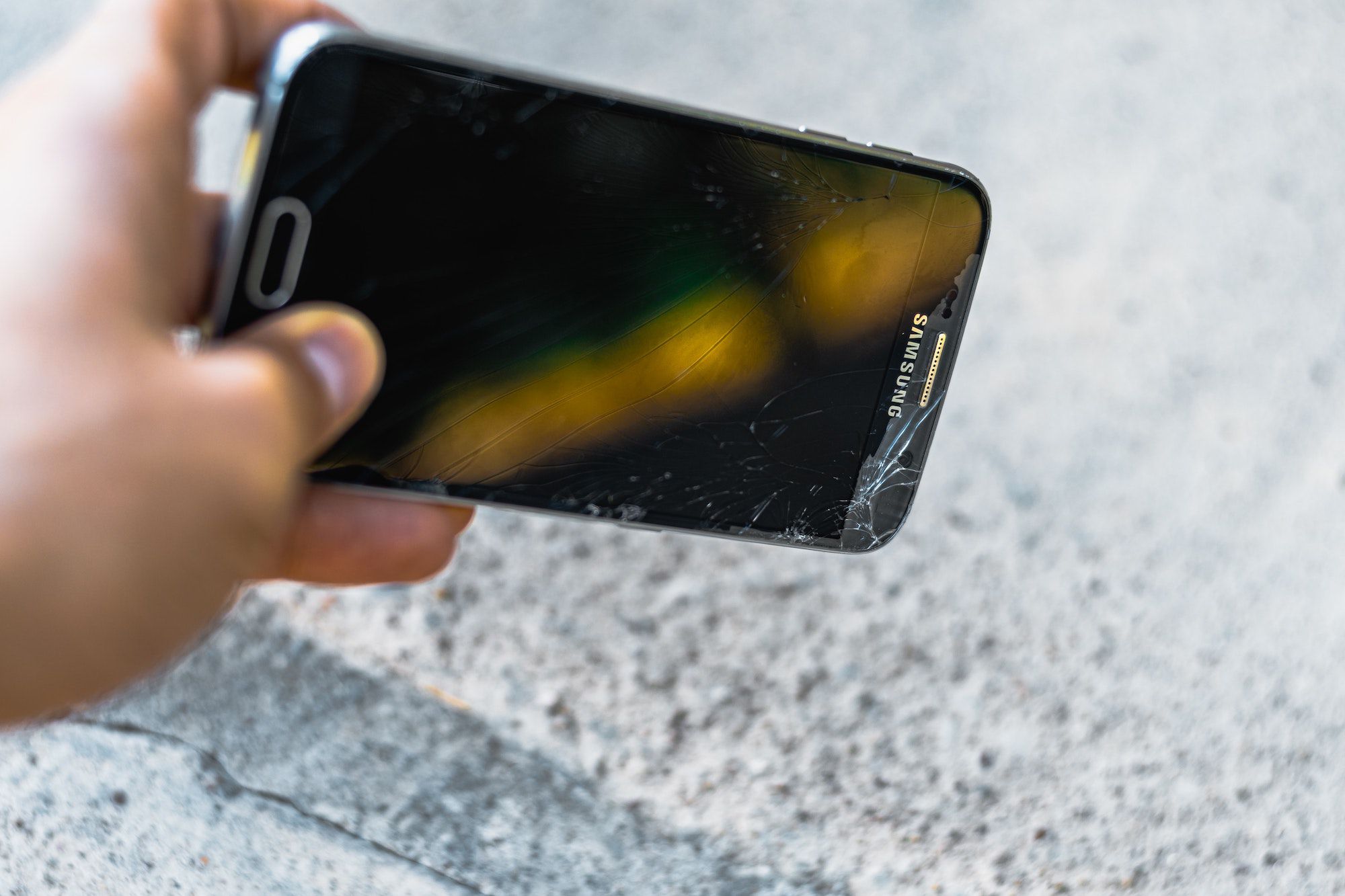 Your phone can do a lot more than check email. (Photo by Ashkan Forouzani on Unsplash/)

Our smartphones are fantastic at conveying information, from the serious to the silly. But it’s easy to forget that they’re also powerful information-collecting devices. The GPS chip can grab a satellite signal to learn your location, companies like Apple can glean data about larger movement trends during COVID, and the onboard accelerometer senses motion. But that accelerometer, a standard piece of hardware, is finding new use from a novel Google initiative that will turn Android phones into a network of makeshift seismometers around the globe.

Clusters of seismometers measure earthquakes in places like California, but Google hopes that this project will allow a multitude of Android phones to detect the earth-shaking events in areas of the world where there is a dearth of dedicated equipment. There’s no predicting these tremors, of course. But this detection system could someday push alerts to users in the area near a quake right after it’s started to let them know that ground-shaking is imminent and it would be a great time to, say, put the knife-juggling on pause. Here’s how it will work.

Users will have to opt-into the new system, and the phone will only start monitoring for the signs of a quake if it’s plugged in and motionless. The action begins if a quake happens nearby. “As an earthquake starts to propagate, then the phones that are closest to the epicenter detect shaking, and they send a signal back to the Google earthquake-detection server, along with a coarse location of where the shaking is happening,” explains Marc Stogaitis, a principal software engineer at the Alphabet-owned company. “Then we aggregate that data for many phones.”

That allows them to figure out if there’s actually been an earthquake, and if so, what its characteristics are. Interestingly, another natural phenomenon provides ground-shaking events—lightning storms. Giant storms, Stogaitis says, “will actually create a wave that propagates out from that lightning.” Buildings will tremble.

But the signal from lightning is different enough that the system can tell the difference; for one, a sound-based wave moves more slowly through the air than shockwaves do through the ground. Also, earthquakes produce two different types of waves: a P wave followed by a stronger, lower-frequency S wave.

The first action that the new Android earthquake-detection system will allow Google to take is updating what people see if they fire up their search engines after a temblor and type in something like “earthquake”—the subsequent search results would display a notice that informs people that a quake has been reported in the area and asks them if they felt it, too. But the final goal is to expand this new system from information-gathering to alert-sending. “The phones that are closest to the epicenter detect the earthquake, and then we use that to notify people that are a bit further away that an earthquake wave is heading towards them, and that they should protect themselves,” he says. Bigger quakes give time for more warning, since the waves travel further. 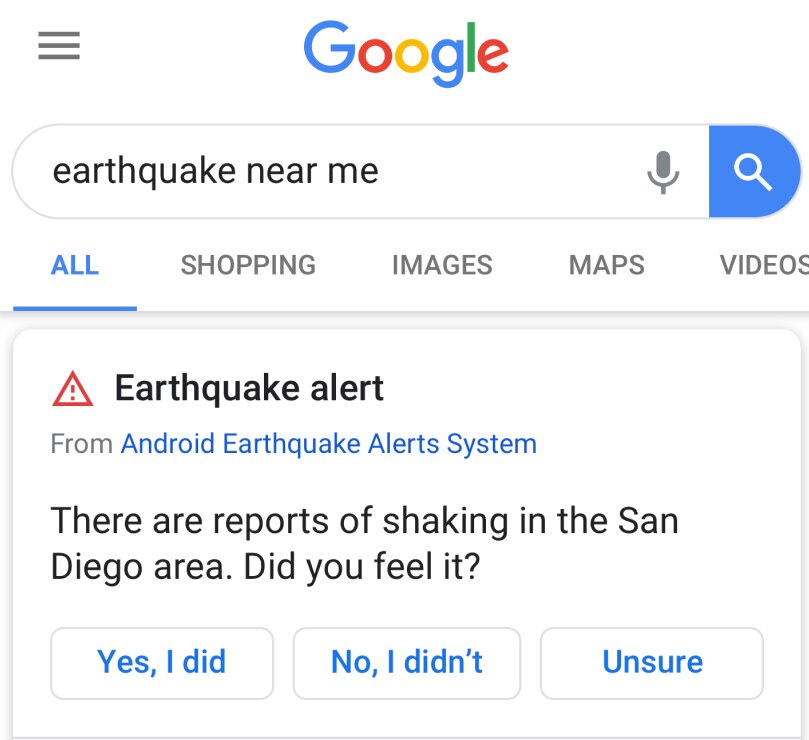 People in the area will see results like this. (Google /)

Of course, this isn’t the first earthquake-detection system: places like the West Coast already have real seismometers and something called ShakeAlert. Google says that in California, they’re updating Android phones to now also automatically get ShakeAlert push messages.

As for privacy, Stogaitis says that the personal data is de-identified—they don’t need to know whose phones are shaking—and they also actually “coarsen the location” information before it leaves the device; the system can still work, he says, without totally precise location data.

While the phone-based detection initiative is beginning as a way to simply flesh out Google search results after a temblor, and then is moving towards being an alert system, Stogaitis sees even more of a future for this type of tech with pre-programmed actions, like a smart home. Those ideas range from “automatically stopping elevators at the next floor,” he reflects, to “stopping trains.”

How To Make A Tutu Skirt | Easy No Sew Tutorial
Nine traits that’ll keep you calm in a life-threatening situation
The next era of space travel should include nuclear-powered rockets
Arnica Essential Oil Benefits: Anti-Arthritis, Pain-Relieving, And More