After Breaking My Wrist, I Turned My Plain Cast Into Thanos‘ Infinity Gauntlet

I Knit This Moose Head For A Wedding Present

Woman Shows A Method To Remove Creases From Your Sneakers, People Try It And Post Their Before & After Results

Sometimes solutions come along to fix problems you never even knew you had. As a person who sees shoes as simply a means to protect my feet from the outside world, I assumed that creases, if I even noticed them, were just a natural part of a shoe’s life cycle. I mean, who cares, right?

Well, it turns out that plenty of people care. There is a whole world of shoe worship going on out there, and its not just your Jimmy Choos and Louboutins that have people getting moist between the toes. Limited edition sneakers from brands like Nike and Adidas have ‘sneakerheads‘ camping out in front of their stores for the next big ‘release,’ which otherwise perfectly rational people are ‘hyped’ to shell out hundreds, even thousands of dollars for. Capitalism, hey? 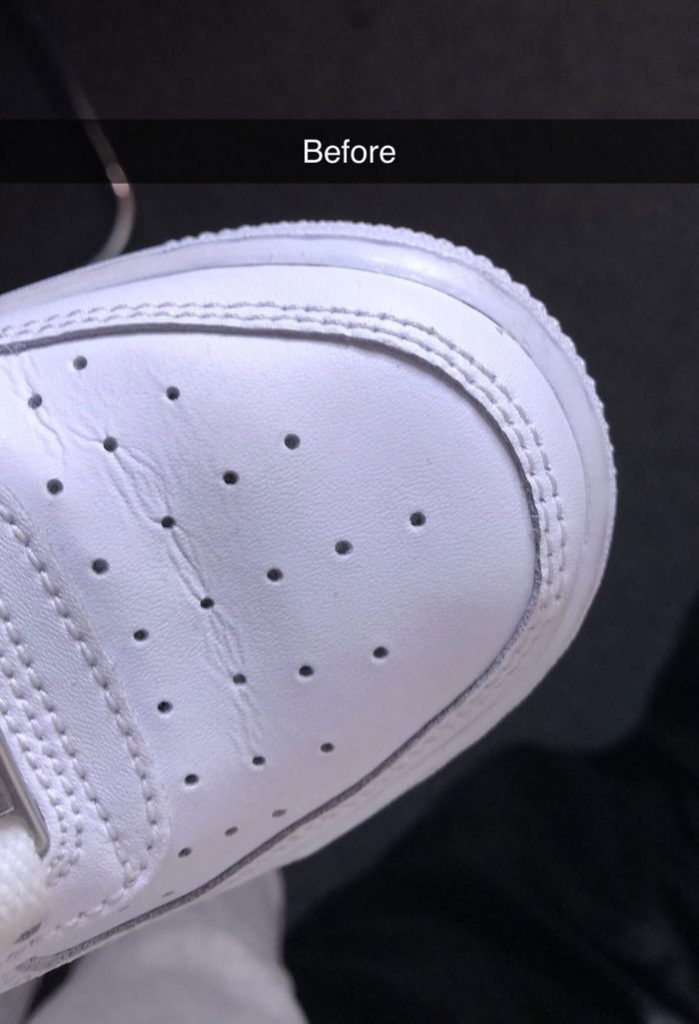 For sneakerheads and shoe fans in general, keeping your babies looking as new and fresh as possible is vitally important, so those creases must go. Entrepreneur and self-confessed sneaker connoisseur Shantel De Bonsu shared her genius hack on Twitter recently and people are sharing their impressive results.

Shantel, from Bexleyheath, UK, told Bored Panda that her passion for shoes came from not having many pairs as a child. “When I was younger my school used to have quite a few non-uniform days and I’d always come to them with the same shoes,” she told us. “No one else ever did, which was hard for me because I love shoes but was never able to get as many as I wanted. So I told myself that when I’m older with some money, I’ll get myself more shoes and help those who’d like to get more shoes by sharing discount codes or simply reminding people that there’s a sale.” 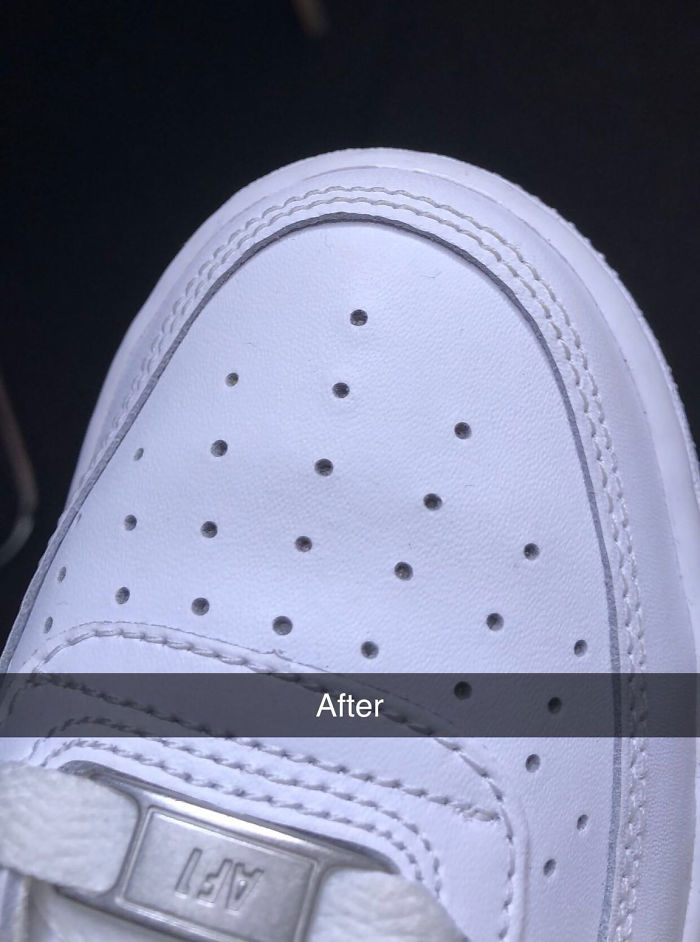 Shantel says that the reaction to her hack, which she picked up a few years back from a friend, has been mostly positive, but with a few negative ninnies as always. “There’s always that group of people in the world who have something negative to say even when what is being shown is to help you,” she said. “I’m happy with the reactions because now my name is out there a bit more and I’ve managed to help a lot of people who didn’t know about the hack and that makes me happy.”

“There are many people who love their shoes. I have shoes that I don’t really care about that aren’t expensive, eg. my work shoes or running shoes so I wouldn’t bother reviving them. But when it comes to shoes that are expensive and you’ve bought for the fashion it’s only right you take time to look after them so they last longer.”

“As summer is approaching fast, I thought I’d show my followers that this tip actually works!”

The technique is as simple as it gets. You’ll need nothing more than something to stuff the show with; perhaps some old socks, newspaper or even tissue paper, a small towel, an iron and some hot water. 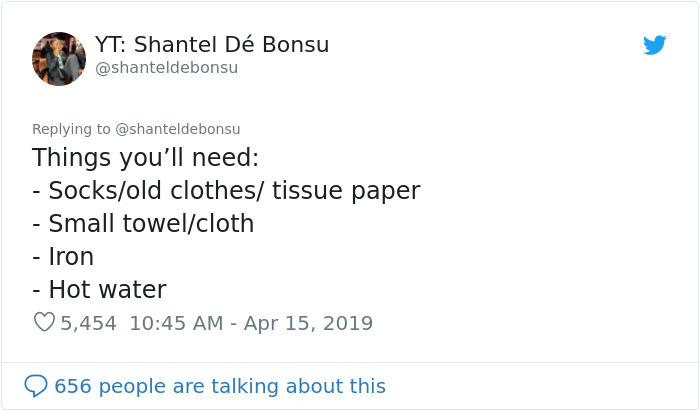 Shantel, who also does tutorials like these on YouTube, shared the handy hack in a Twitter thread that has now been retweeted over 130k times. That’s a lot of fresh, non-creased footwear back on the streets! Do creases irritate you, or are they simply a sign of a well-worn and much-loved shoe? Would you try this hack? Let us know what you think in the comments! 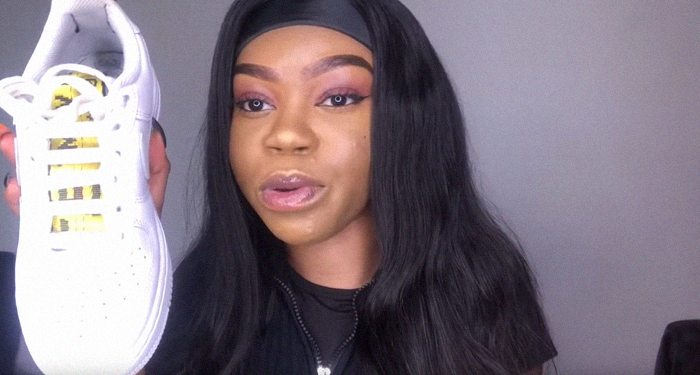 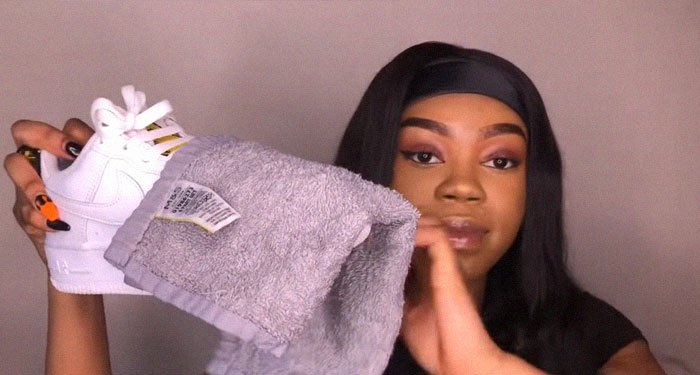 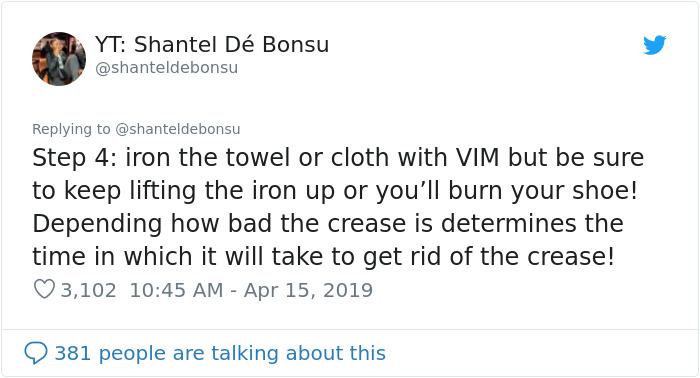 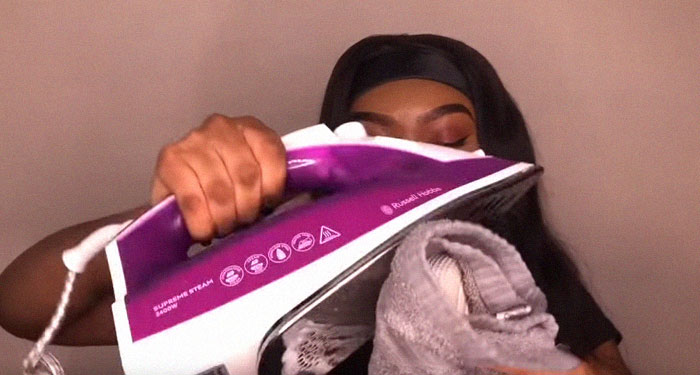 Check out Shantel’s video below

People were amazed by how well the hack works

And posted their results as proof 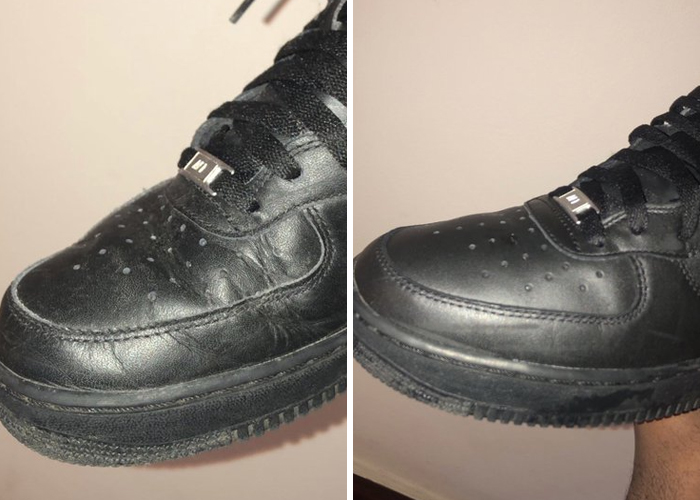 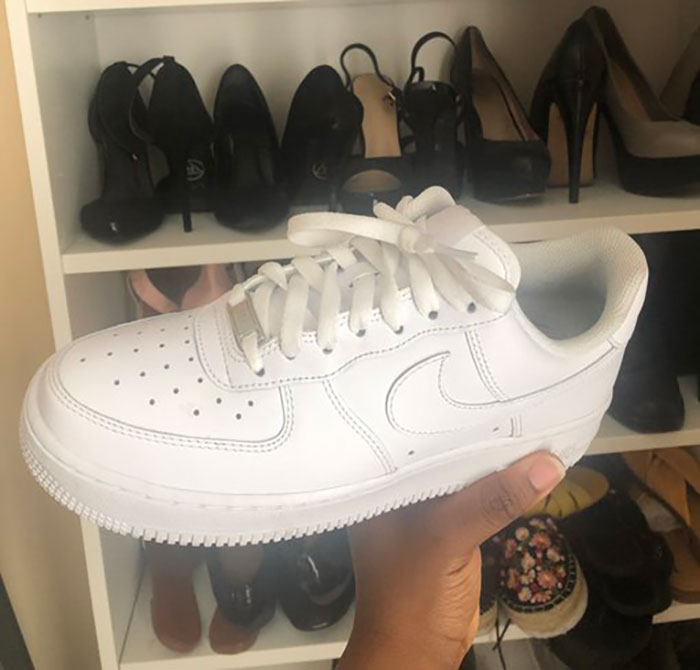 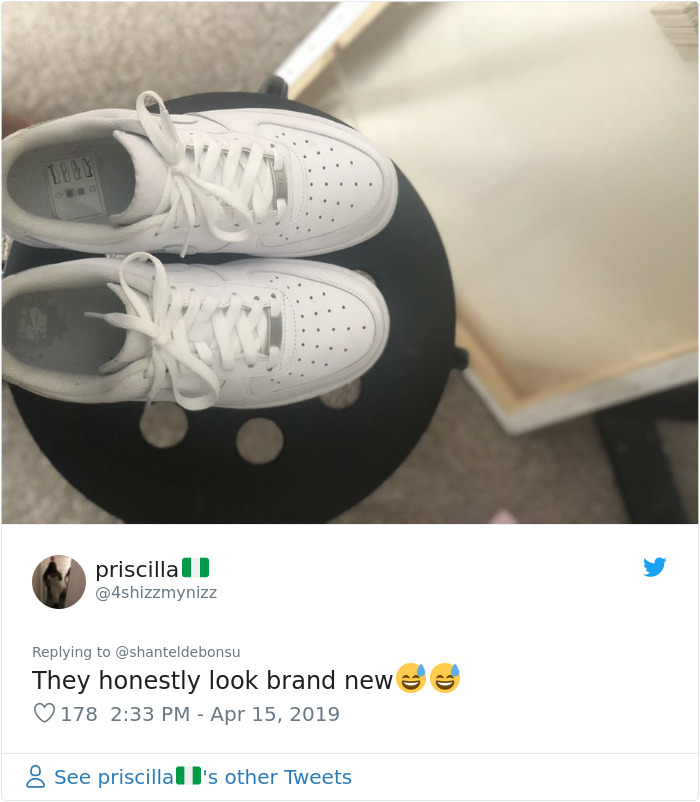 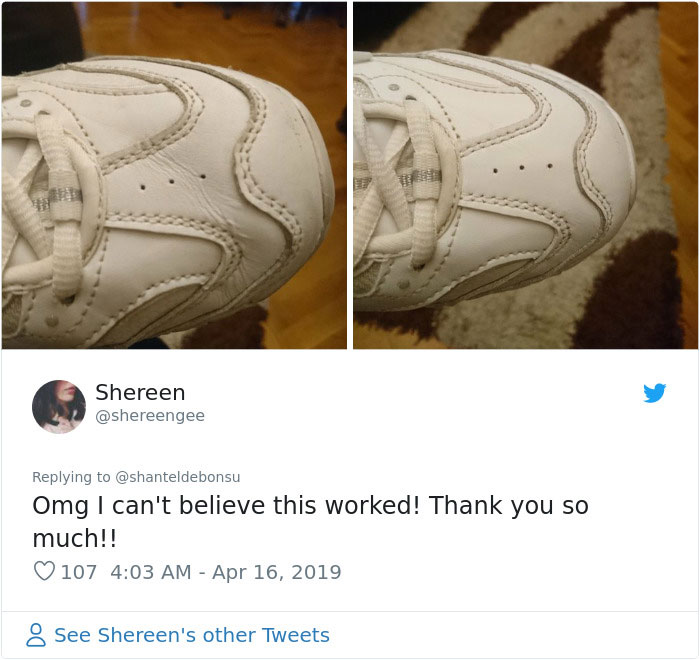 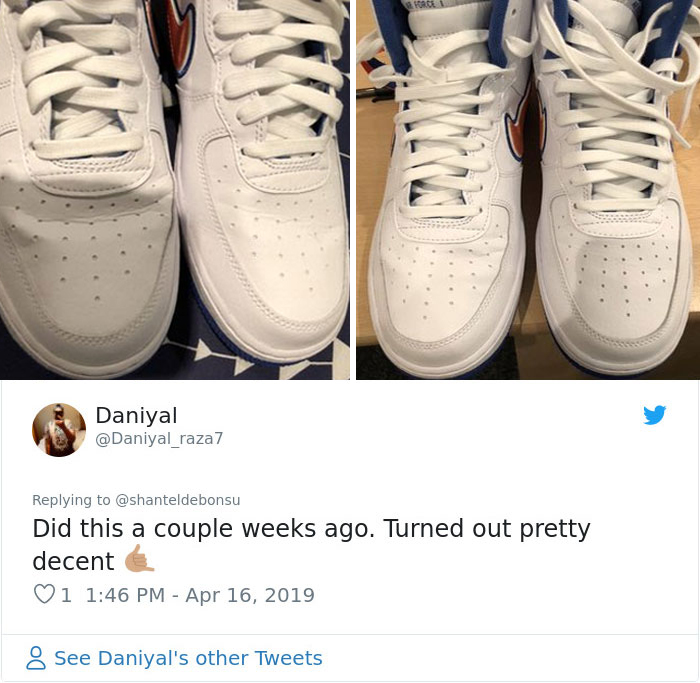