Before there were sports drinks to rehydrate after intense physical labor or sugary drinks designed to boost energy levels, there was switchel, an all-natural drink similar to lemonade that’s experiencing a resurgence in popularity.

Currently a favorite in “hipster” markets and upscale cocktail bars, thanks to its numerous health benefits and great taste, this centuries-old beverage is primed to become the next kombucha or kvass. Get ahead of the curve, and start sipping on this fermented drink today.

Made from apple cider vinegar, fresh ginger, maple syrup and then cut with water, switchel’s arrival to America is hazy. Some say this “ginger water” came from the West Indies, where molasses was used instead of maple syrup. Others say it’s derived from oxymel, an ancient Greek medicinal elixir made from vinegar, honey and water. Wherever its origins, by the 18th century, “haymaker’s punch” was being guzzled down by American farmers during long work days to keep cool and stay hydrated in the heat.

At the time, people thought throwing back warm drinks during hot days was better for the body, as it supposedly maintained the body’s equilibrium with the weather. And because farmers couldn’t drink alcohol while working on the fields, benefit-rich ginger was a safe second bet, as it produced a similar feeling to alcohol’s burn while going down.

While their reasoning might not have been totally sound, it turns out these farmers were onto something. Switchel uses are numerous, in fact. Here’s why switchel should be your new favorite summer drink.

Is switchel good for you? Yes! The ginger that makes up a key part of switchel is a natural inflammation reducer. Inflammation, causes physical symptoms like skin problems and digestive issues. So keeping inflammation at bay with the ginger found in switchel can have other unexpected, welcome side effects, like clearing up acne.

Additionally, because it reduces inflammation, which also counts pain as a side effect, ginger is also a powerful pain fighter. In fact, one study found that consuming a small amount of ginger is more effective at reducing pain symptoms and inflammation than painkillers.

2. Get an electrolyte boost

Electrolytes are nutrients or chemicals in your body that help it perform specific functions, like regulating your heart beat or telling your legs it’s time to get moving. But after undergoing intense physical exertion (like running a marathon), getting sick, eating a poor diet or even taking certain medications, electrolytes imbalance can occur. Signs that your electrolytes need some replenishing include constantly feeling thirsty, frequent headaches, fatigue and nausea.

But because of the maple syrup and apple cider vinegar found in switchel, potassium-rich electrolytes, particularly potassium, are replenished, making it an excellent alternative to sugary drinks like Gatorade. Pour a glass after a tough workout on a hot day to feel refreshed and give help your body restore its electrolyte balance.

By regularly drinking switchel, you’ll get all the terrific benefits of apple cider vinegar, including healing compounds, like potassium, magnesium and probiotics.

Thanks to the many uses of apple cider vinegar, it’s one of my favorite natural remedies. It balances your body’s pH levels and, as a liver and lymphatic tonic, detoxes your body. Not bad for one of the most common household items!

If you’re using sweeteners, maple syrup is one of the top natural sweeteners. When used in moderation, it is an excellent alternative to cane sugar. Maple syrup affects blood sugar levels less than regular table sugar and includes trace antioxidants and minerals that regular sugar lacks.

How to Make Switchel

It doesn’t matter what time of year it is — switchel is delicious any season. Let’s make it!

Switchel, unlike other trendy fermented drinks like kvass or kombucha, is quite easy to make at home. We’ve included a recipe below to whip up your own batch. 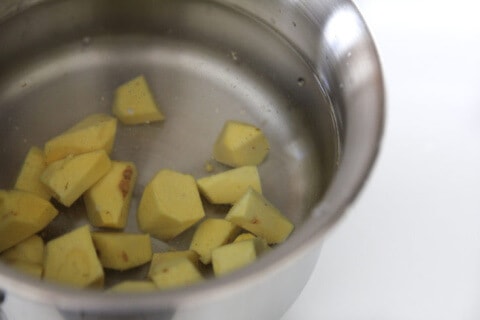 Fill a 2-quart saucepan about two-thirds of the way with water and freshly chopped ginger. Bring the water to a boil and let the mix boil for about 2 minutes, then remove the saucepan from the heat and let the ginger steep for another 20 minutes.

Now it’s time to add the ginger water. Use a strainer while pouring the water into the pitcher to keep the chopped ginger out. Stir all the ingredients together. 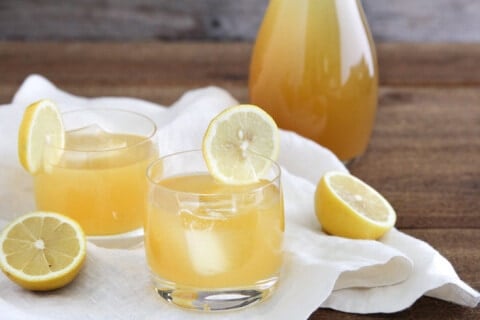 That’s all there is to making this switchel! You can enjoy this drink either at room temperature or served on ice. You can even give switchel a little kick and add a splash of alcohol, like gin or vodka, to it. It’s a terrific drink to keep on hand to serve kids instead of sugary soft drinks or juices. They’ll love it, too!

Before there were sports drinks to rehydrate after intense physical labor or sugary drinks designed to boost energy levels, there was switchel, an all-natural drink similar to lemonade that’s experiencing a resurgence in popularity.

You can enjoy this drink either at room temperature or served on ice. You can even give switchel a little kick and add a splash of alcohol, like gin or vodka, to it.

Keywords: switchel recipe, how to make switchel, what is switchel