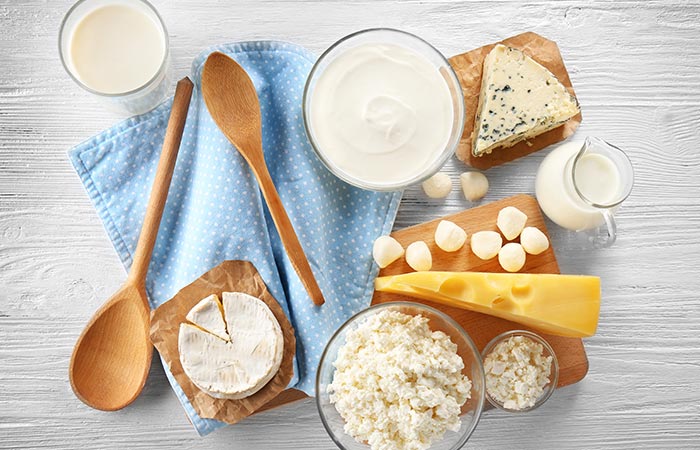 Dopamine is a neurotransmitter – a chemical released by the neurons to send signals to other nerve cells. What makes it unique is the way it makes you feel – euphoric and blissful. It monitors your metabolism – it works like a natural amphetamine and controls your energy, excitement about new ideas, and even your motivation. Dopamine is also called the feel-good hormone, and its release basically means good news! But can you control its release? Can certain foods help you do that? Scroll down to find out!

What Role Does Dopamine Play?

Dopamine is released by the dopaminergic neurons located in the midbrain. These neurons, though few in number, play an important role in mood, addiction, reward, and stress (1).

Dopamine also plays a role in learning, working memory, motivation, and decision-making. It controls movement too – and its deficiency may be one of the causes of Parkinson’s disease, schizophrenia, and attention deficit hyperactivity disorder (2).

The anticipation of a reward increases brain dopamine levels. Many addictive drugs also increase its release from the neurons. This is one reason most addicts have a hard time quitting drugs.

Hence, dopamine plays a critical function in brain health. But how can you increase dopamine levels naturally? Well, the best way is to eat foods that boost dopamine levels.

These include everyday foods like cheese, milk, and yogurt. Cheese contains tyramine, which is converted into dopamine in the human body (3). Foods containing probiotics, like yogurt, also boost dopamine levels (4). 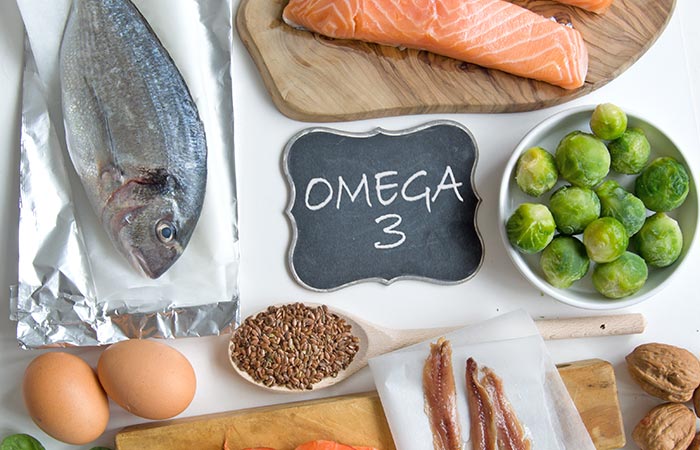 In rat studies, omega-3 fatty acids were found to normalize dopamine levels and reduce the development of anxiety-like behaviors (8).

Foods rich in omega-3 include fatty fish, such as salmon and tuna, and other foods, such as walnuts and chia seeds.

Studies show that chocolate may interact with a number of neurotransmitters, including dopamine. Dopamine is released after eating dark chocolate and imparts a pleasurable sensory experience (10). 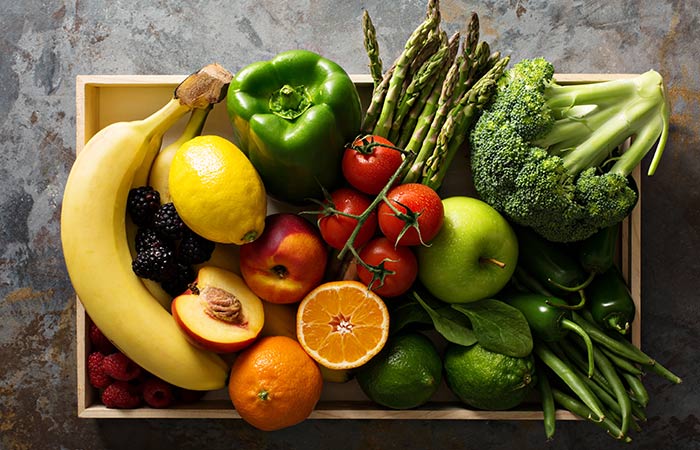 In a study, rats supplemented with strawberry and spinach showed a significant enhancement in dopamine release. The study suggests that in addition to the antioxidants, the other nutrients in fruits and veggies may also contribute to dopamine release (11).

Even bananas were found to have high levels of dopamine – more so in the peel and pulp. Avocados and velvet beans also contain dopamine. Other fruits and veggies containing dopamine include oranges, apples, peas, tomatoes, and aubergines (12).

Like most other wake-promoting drugs, the caffeine in coffee enhances dopamine signaling in the brain (13). Caffeine’s main targets in the brain are the adenosine (a brain chemical that dampens brain activity) receptors. It works on these receptors and sets off a chain of events, which eventually affects dopamine levels and lights up the areas of the brain associated with pleasure and thinking (14).

These are the top foods that can boost your dopamine levels. But hold on – is there anything like too much dopamine?

What Are The Effects Of Excess Dopamine?

Excess dopamine levels in the system can lead to paranoia and withdrawal from social situations. They can even lead to overly intense and impulsive behaviors.

Dopamine also plays a role in inhibiting prolactin (a hormone) secretion by the pituitary gland – which may otherwise cause menstrual disorders and infertility (15). Excess dopamine may not be able to effectively inhibit prolactin, leading to these issues.

But worry not – dopamine overdose is likely to happen only if you take the hormone intravenously (which is often the case with individuals who are deficient in dopamine).

The normal dopamine ranges are 0 to 30 pg/mL (picograms per milliliter).

What if your dopamine levels go below these ranges? Well, that causes problems too.

What Are The Effects Of Dopamine Deficiency?

Dopamine deficiency is linked to certain mental disorders, though they are not found to cause the condition directly. Some of these mental disorders include Parkinson’s disease, depression, schizophrenia, and psychosis.

Following are the symptoms of dopamine deficiency: (16)

Dopamine is an important neurotransmitter, and it is important you have it in adequate levels. The foods we listed here are part of a healthy diet. Of course, caffeine could be an exception – as you shouldn’t binge on it. Otherwise, eating plenty of nuts and fruits and veggies regularly will ensure your dopamine levels are optimal.

What do you think about this article? Any suggestions? Do let us know by leaving a comment in the box below.

How is dopamine different from serotonin?

While dysfunction of dopamine is associated with depression, bipolar disorder, and schizophrenia, dysfunction of serotonin can affect your overall mood. Serotonin also plays a much larger role in digestion by stimulating gut contractions for proper movement of food.

Heading to Disneyland? These Under-the-Radar Treats Are Must Eats
A guide to protesting during a pandemic
Understanding How Bison Might Help Shape the Future of the Badlands
The 15 Best Earwax Removal Products Of 2019