Do you know what beverage comes from fruit seeds and in just small amounts has been shown to make incredibly positive impacts on human health? I’m talking about pomegranate juice — that naturally sweet, ruby red liquid that comes from pomegranate seeds and is loaded with impressive pomegranate health benefits just like its source.

Pomegranates have been shown to prevent and naturally treat everything from inflammation and high cholesterol to high blood pressure and hyperglycemia.

Juice made from pomegranates is an antioxidant powerhouse that’s said to even trump red wine and green tea. With proven anticancer fighting abilities as well as antioxidant and anti-inflammatory effects, it’s no wonder this fruit juice has such a great reputation.

Let’s look at how pure and potent 100 percent pomegranate juice, in small amounts, might be much more than a tasty fruit-sourced beverage.

What Is Pomegranate Juice?

Pomegranate or pom juice comes from pomegranates. The pomegranate (Punica granatum) is a fruit-producing deciduous shrub or small tree in the Lythraceae family.

Pomegranates are native to southeastern Europe and Asia. After being cultured in Spain, it’s believed that pomegranates were brought to Mexico and California in the 16th century by missionaries.

One large pomegranate typically makes somewhere between one-fourth and one-half cup of juice. Just like the seeds of the fruit itself, fresh pomegranate juice made from the seeds is impressively nutritious.

Just one cup (249 grams) of pomegranate juice contains about:

Research shows that the extracts of pomegranate fruit contain polyphenols and other compounds that have been shown in scientific studies to have antiproliferative, pro-apoptotic and anti-inflammatory effects in prostate, lung, breast and other cancers.

In simpler terms, this means that pomegranate has been shown to inhibit the spread of cancer cells, encourage the death of cancer cells and discourage inflammation, three major and vital aspects of successfully fighting against any cancer in the body.

A 2014 study conducted by the University of Albany demonstrated how pomegranate extract can specifically inhibit the spread of MCF-7 breast cancer cells.

Pomegranate juice has also shown itself to be especially helpful for prostate cancer. The results of the first clinical trial of pomegranate juice in patients with cancer of the prostate was published in the journal Clinical Cancer Research in 2006.

The subjects of this trial were men who had already undergone surgery or radiation to treat their cancer.

These subjects were given eight ounces (one cup) of pomegranate juice daily until there was cancer progression. The researchers found that prostate-specific antigen (PSA) doubling time was significantly prolonged in the subjects taking the treatment.

In 2012, another study found that pomegranate extract weakened human prostate cell proliferation in vitro. Combined, all this research shows pomegranate’s abilities as a cancer-fighting food.

Overall, this meta-analysis concludes that there appears to be “consistent benefits of pomegranate juice consumption on blood pressure.” The researchers also add, “This evidence suggests it may be prudent to include this fruit juice in a heart-healthy diet.”

Since juice from pomegranate is so good for systolic blood pressure, it’s not surprising that this delicious beverage is also excellent for heart health. It contains antioxidants at higher levels than many other fruit juices, which is why it can be so helpful to the heart.

Research published in Clinical Nutrition studied pomegranate juice consumption by patients with carotid artery stenosis, which is a narrowing of either of the two key arteries located in the front of the neck, through which blood from the heart goes to the brain.

Participants who consumed this beneficial juice lowered their blood pressure by more than 12 percent and had a 30 percent reduction in atherosclerotic plaque.

Participants who did not drink the juice actually saw their atherosclerotic plaque increase by 9 percent.

Overall, the study found that juice consumption reduced plaque in the carotid artery as well as lowered blood pressure and LDL oxidation.

Osteoarthritis is among the most prevalent forms of musculoskeletal disorders that lead to joint degeneration.

Studies have suggested that juice from pomegranate seeds may play a protective role by decreasing cartilage inflammation. This protective ability has been attributed to the juice’s high antioxidant content.

A 2016 study looked at the effects of this juice on 38 patients with osteoarthritis in their knees. Some of the patients drank pomegranate seed juice for six weeks, while the other patients drank a control substance.

The researchers noted that juice consumption not only improved physical function and stiffness, but it also increased antioxidant status while decreasing breakdown cartilage enzymes.

Studies have shown that juice from pomegranates can be helpful when it comes to improving memory. The polyphenols found in the juice have been shown to be neuroprotective.

One 2013 study randomly assigned subjects to drink eight ounces of either pomegranate juice or a flavor-matched placebo drink for a total of four weeks.

The subjects were older with age-associated memory complaints. The researchers found that the 28 subjects with memory complaints who drank eight ounces (one cup) of pomegranate juice per day significantly improved markers of both verbal and visual memory.

The researchers conclude that the juice appears to increase memory function through task-related increases in functional brain activity.

There is some scientific evidence from animal studies indicating that pomegranate can also help fight Alzheimer’s disease, making this juice a beneficial brain food.

Pomegranate juice is loaded with health-promoting and disease-fighting antioxidants, and pomegranates are some of the top high-antioxidant foods that fight free radicals and oxidative stress.

The juice of pomegranates contains a tannin called punicalagin as well as polyphenols, anthocyanins, ellagic acid derivatives and hydrolyzable tannins. These are all very powerful antioxidants that support the use of pomegranate juice for skin and overall health.

A study published in the Journal of Agricultural and Food Chemistry actually found that commercial pomegranate juices showed an antioxidant activity three times higher than red wine and green tea.

Inflammation has been found to be associated with just about every health condition. Pomegranates and pomegranate juice are known to have potent anti-inflammatory abilities.

A 2013 in vivo study published in Evidence-based Complementary and Alternative Medicine demonstrated the juice’s significant anti-inflammatory activity in the gut. In vivo studies performed on the whole fruit, juice, peel and flowers of pomegranate also revealed ant- ulcer effects in a variety of animal models.

Researchers found that 250 milliliters of juice per day for 12 weeks lowered the inflammatory markers in the diabetic subjects. Specifically, the intake of juice lowered hs-CRP by 32 percent and interleukin-6 by 30 percent.

There are a lot of fruit juices that come from fruits that are easy to eat, like oranges and grapes. Pomegranates, unfortunately, are not so easy to eat at all. People are always wondering how to eat a pomegranate, how to cut a pomegranate and how to open a pomegranate.

The healthiest choice is taking the time and effort to eat fresh pomegranates, but it’s also nice that the juice eliminates all that questioning and work. The juice definitely makes it easy to get the benefits of pomegranate on a more regular basis.

A UCLA study recently ranked the top 10 healthiest juices and other beverages. Guess who the winner was … yes, it was pomegranate juice.

All of the juices studied were rich in polyphenols, but pomegranate came out on top. The researchers ranked the antioxidant content of the juices (and other beverages) according to the following criteria: antioxidant potency, ability to inhibit LDL oxidation and total polyphenol content.

The juices were ranked in the following order:

Additionally, when it comes to antioxidant capacity, pomegranate juice was found to be at least 20 percent greater than any of the other beverages tested.

Read Next: Noni Juice: The Superfruit Beverage that Boosts Immunity

For adults, there is no standard recommended does for pomegranate juice, but generally speaking, having eight to 12 ounces of pomegranate juice each day is a safe and healthy amount for most people.

For other conditions, the following amounts of pomegranate juice have been used:

Fresh pomegranate seeds or juice usually keeps in the refrigerator for up to five days. If you can’t finish the juice within five days, you can freeze it so it retains its flavor and color.

Side Effects and Drug Interactions

It’s important for everyone not to overdo it on any juice, including pomegranate, because of the sugar content, but diabetics should be especially cautious. Speak with your doctor before making pomegranate juice a part of your diet if you’re diabetic.

Juice from pomegranate seeds may also interact with medications similarly to grapefruit juice, making some medications less effective. Speak with your doctor before consuming pomegranate juice if you any ongoing health issues or take any of the following medications:

The post Pomegranate Juice: The Healthiest Juice on the Planet? appeared first on Dr. Axe. 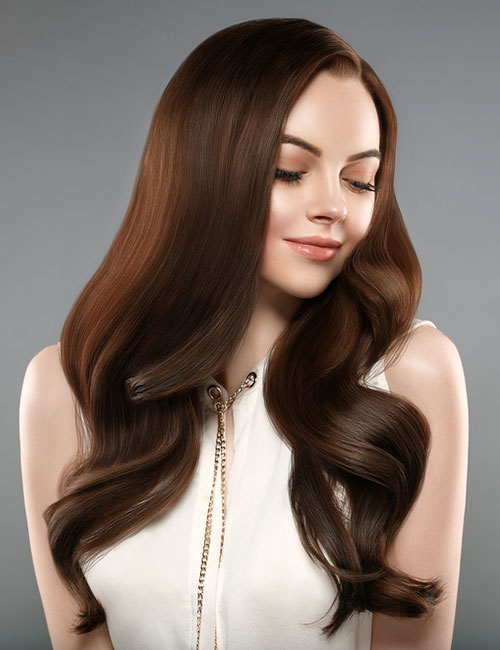