10 Canned Coffees to Boost You Up & Brighten Your Day 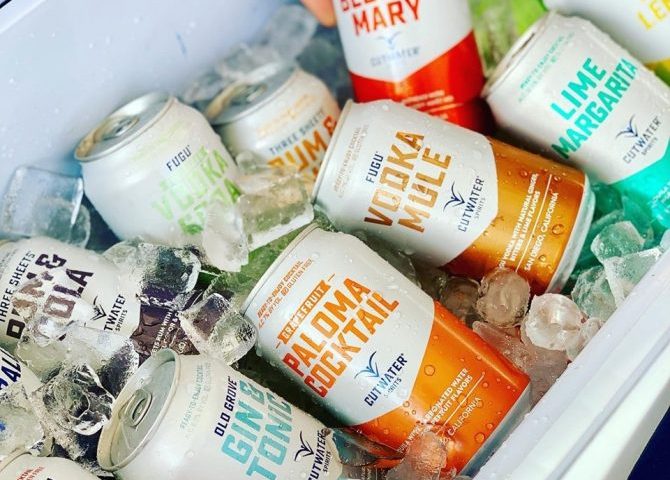 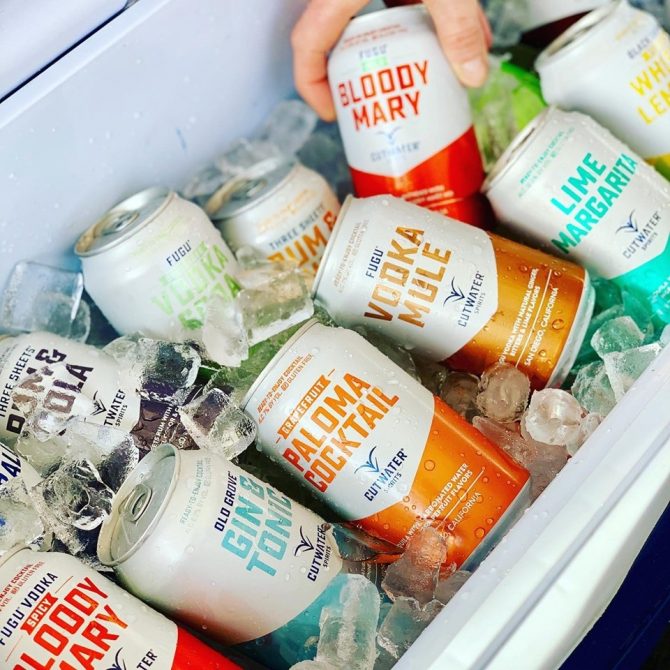 While hitting your favorite watering hole may always be on the agenda, spending as much time in the fleeting summer sun is too. But what’s an adult-beverage lover to do when the craving for something more complex than a beer or canned wine hits? Never fear, there is no reason to drag the entire collection of spirits with you to the beach, park, or pool—canned cocktails are here and are helping you live your best summer life.

So when you have a limited amount of room in the cooler, which canned cocktails should you bring along? We culled the list down to some of the most delicious canned cocktails on the market right now, while ensuring there is something for every type of imbiber.

Cutwater Spirits is making sure that no one is missing out on the cocktail game this summer. The brand is pumping out an array of canned cocktails, including a Tequila Margarita, Gin and Tonic, and a variety of rum and vodka sippers. But don’t skip the brand’s Bloody Mary canned cocktail, which is made with Fugu Vodka, ripe tomatoes, exotic spices, and pepper. Also notable, Cutwater’s Grapefruit Tequila Paloma. Both may be acceptable to open before noon.

Now available in a four-pack, the combination of Gosling’s Black Seal Rum and ginger beer is ready to go wherever you go—to the beach, on a boat, or even cliff diving (with caution, obviously). The canned cocktail is 9% alcohol by volume, and the rum’s vanilla, caramel, and butterscotch tasting notes complement the effervescent ginger beer perfectly.

For those who are into brown liquors, there is a cocktail in a can for you, too. Made with local raw honey and navel oranges, this rye whiskey is finished with a hint of Angostura bitters and even some rock candy, hence the name—Slow & Low Rock And Rye. Drink from the can or use as a mixer for a unique take on a Negroni or another more complex cocktail. 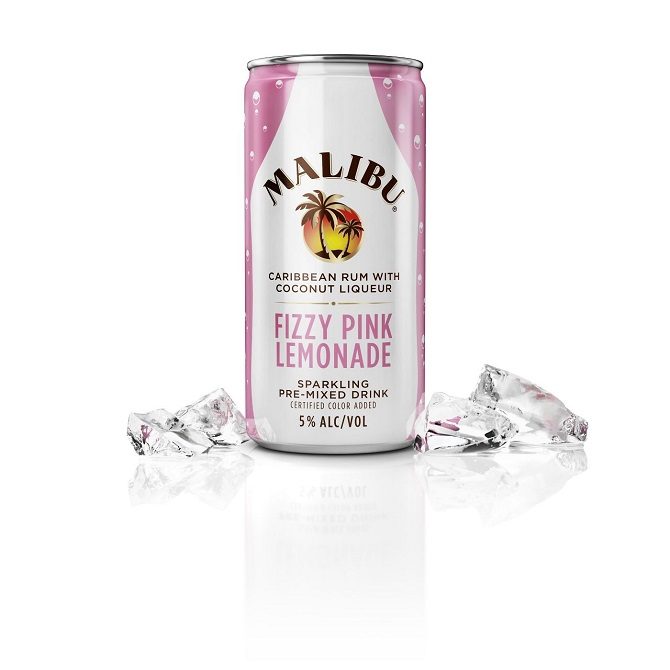 While Malibu has been canning its piña colada for a few years, it recently introduced its Fizzy Pink Lemonade. Light, sweet, and made from a combination of rum, coconut, and pink lemonade, the drink can be sipped right from the can for a taste of the tropics wherever you may be.

Novo Fogo’s canned sparkling caipirinha may be a staple already (it’s been on the market since 2017); it’s one that is definitely worth keeping in your cooler this year. Made with fresh lime juice, sugar, and Novo Fogo Silver Cachaça, the sparkling drink can be sipped straight from a chilled can or in a glass over ice. 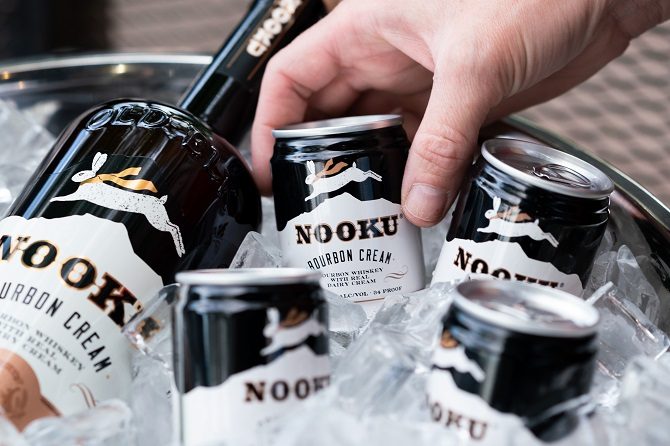 A great addition to anything from hot chocolate to mudslides, Nooku is now canning its bourbon cream. Made with a combination of real dairy cream and aged bourbon and charged with vanilla and toffee tasting notes, the new canned version is great to sip slowly while watching the sun go down, or mix with coffee—hot or iced.

With a combination of beer and lemonade that’s been taken up a notch with fresh blueberries, Saugatuck, Michigan-based Saugatuck Brewing has basically captured the taste of summer in a can with its Blueberry Lemonade Shandy. Whether you’re drinking it on the beach, at a barbecue, or with a summer meal on a picnic blanket, the combination of sweet and tart will have your taste buds begging for more.

The results speak for themselves. Our canned cocktails did great at @sipawards! Vodka Madras received Best of Class: Platinum, followed by Gin & Tonic with Platinum. Our third canned craft cocktail, Bourbon Smash, was awarded Silver, as was its namesake, Straight Bourbon Whiskey. Three cheers! Now, which to open first? #sipawards #craftspirits #craftdistillery @sipawards

This New York-based brewery is taking its canning know-how and imparting it on a line of cocktails. With a Bourbon Smash, Gin and Tonic, and Vodka Madras coming from the brand, the canned goods represent Southern Tier’s own twist on classic beverages. And, if that’s not enough to make your mouth water, the company uses its own award-winning spirits in each one.

Thanks to everyone who came to meet Mezzo Spritz at @beatnikontheriver yesterday! We enjoyed Mezzo Spritz from the can, over ice, and in cocktails — Mezzo with gin or vodka. See the gallery at our Linkin.bio. We’ll see you next in New York on June 2. #meetmezzospritz

No matter what some people say, the Aperol Spritz will continue to be a classic cocktail. Well, now Virtue Cider is putting its own spin on it with the release of its new Mezzo Spritz. Made with cider, sparkling water, and botanicals, it is basically like drinking a modern Aperol. Its low ABV makes it a great daytime sipper while its retro-styled canned nature makes it ready to go where you go.

Tea cocktails have been having a moment—either combined with wine or spirits—and Wandering Whistler has taken full advantage of the demand. With a variety of spiked brewed teas, including Jasmine and Chai, the company’s Earl Grey + Elderflower combination is unique, complex, and layered. It will be tough to believe it came out of a can.

Watch: How to Pack a Cooler the Right Way