What the 1918 flu pandemic can teach us about COVID-19, in four charts 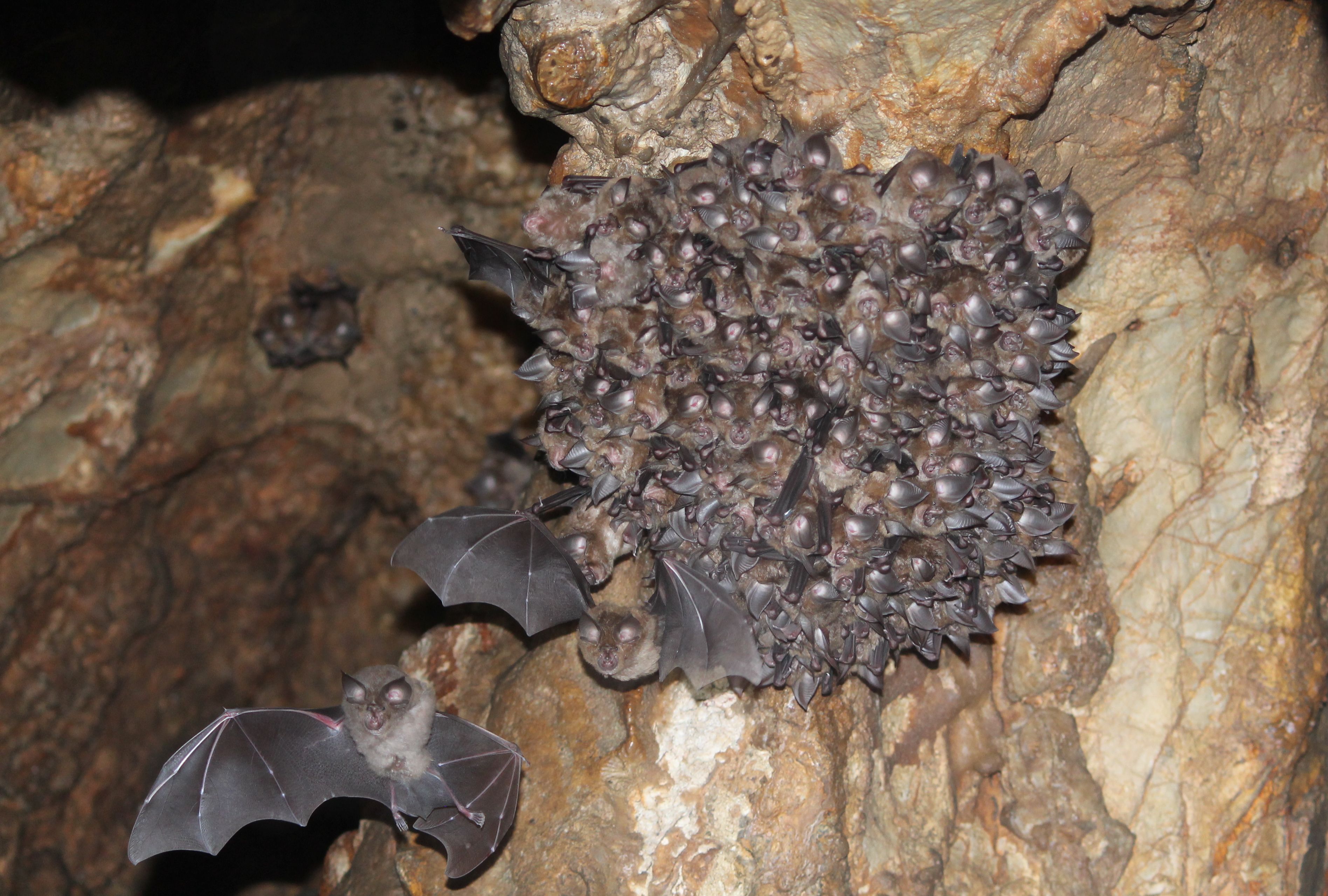 The roosts, or homes, where North American bats hibernate over winter are fungal hotbeds. (Photograph courtesy of Joseph R Hoyt/)

For more than a decade, bats in North America have faced a devastating crisis as white-nose syndrome has swept across the eastern United States and Canada. The fungal disease has felled millions of these tiny mammals since its first documented appearance in New York in 2006. Scientists believe the fungal culprit, known as Pseudogymnoascus destructans, was accidentally introduced from Europe—yet it has mysteriously spared bat populations in Europe and Asia.

Researchers think part of the reason that Eurasian bats weren’t as stricken by the disease was that their immune systems were simply used to the fungus, but now they think they’ve landed on another potential explanation: The roosts, or homes, where North American bats hibernate over winter are P. destructans hotbeds; each year when they return, they are likely getting reinfected with the deadly fungus. The researchers reported their findings this week in Proceedings of the National Academy of Sciences.

“They’re becoming infected almost immediately upon returning to that contaminated environment,” says coauthor Joseph R. Hoyt, a disease ecologist at Virginia Tech in Blacksburg. “Whereas the pathogen doesn’t build up in the same way in Europe and Asia—it appears to be decaying over the summer.” We might be able to protect bats in North America by getting rid of the excess fungus in their winter haunts, he says.

To find out how white-nose syndrome was affecting bats on different continents, Hoyt and his colleagues visited 101 winter roosts around the globe over a period of 8 years. In both early and late winter, they counted how many bats were present, and took swabs from the hibernating animals and the walls and ceilings of their living areas. The team found that P. destructans was much more prevalent in North American roosts at the beginning of winter than in European or Asian roosts. At some North American sites, nearly all the bats were infected not long after they’d settled down to hibernate. These mammals also had more serious fungal infections than their European and Asian counterparts. In the most fungus-ridden areas, bats succumbed to the infection at a far higher rate as well.

Bats are only vulnerable to white-nose syndrome in winter. The fungus thrives in cold conditions and to make matters worse, during the colder months the mammals cool their bodies down to save energy while food is scarce. This makes them perfect targets for the fungus. White-nose syndrome causes bats to become restless and move around more than they should during hibernation, burning up precious fat reserves. However, the disease is not always fatal. If a bat can hang on until spring, it’s warmer body and more active immune system will fight off the fungus after it wakes up.

In both Eurasian and North American roosts, the fungus becomes more plentiful as winter drags on. But the Eurasian bats typically weren’t infected until later in the season, giving them a better shot at surviving until spring.

Many bats do wake themselves up every few weeks during the winter to groom or mate. So the more fungus is present in its winter abode, the likelier a bat is to eventually make contact with an infected surface or fellow bat during these activities.

Over the summer, the amount of fungus in the Eurasian roosts dropped. The researchers suspect other species of fungus take over or other microbes eat the P. destructans. In North America, however, it has no natural enemies and can run rampant.

“It’s basically like the environment is reset each year,” Hoyt says. “It’s not that there is no fungus present…but because it’s been so greatly reduced, bats come in and are not immediately infected.”

Hoyt and his team hope to recreate this effect in North America by spraying disinfectants during the summer into the bats’ abandoned winter homes to bring the fungus down to manageable levels. “We can look at the relationship between how much pathogen is present in the environment and then at what point do we see stabilization in populations,” he says. “That would be the target.”

Caves are home to unique and fragile communities of microbes. However, many bats actually roost in less pristine digs, including mines and people’s basements.

“The risk [of] damaging delicate ecosystems that have evolved for hundreds of thousands of years is far less when you’re working a site that is still actively being mined,” Hoyt says. “We’re targeting some of these more heavily disturbed and maybe less delicate ecosystems.”