This bespoke ride is half car, half motorcycle, all fun

This story originally featured on Motorcyclist. 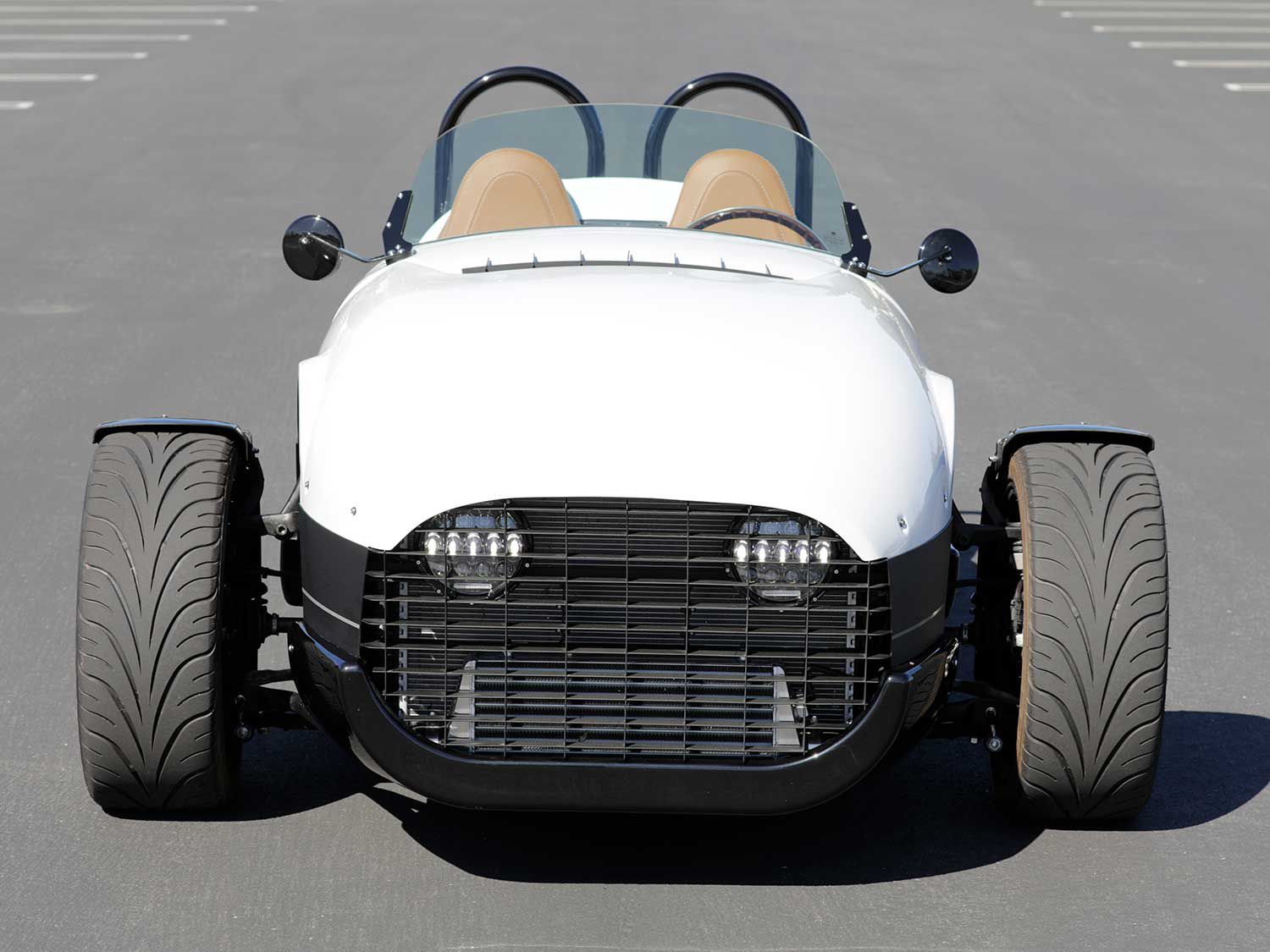 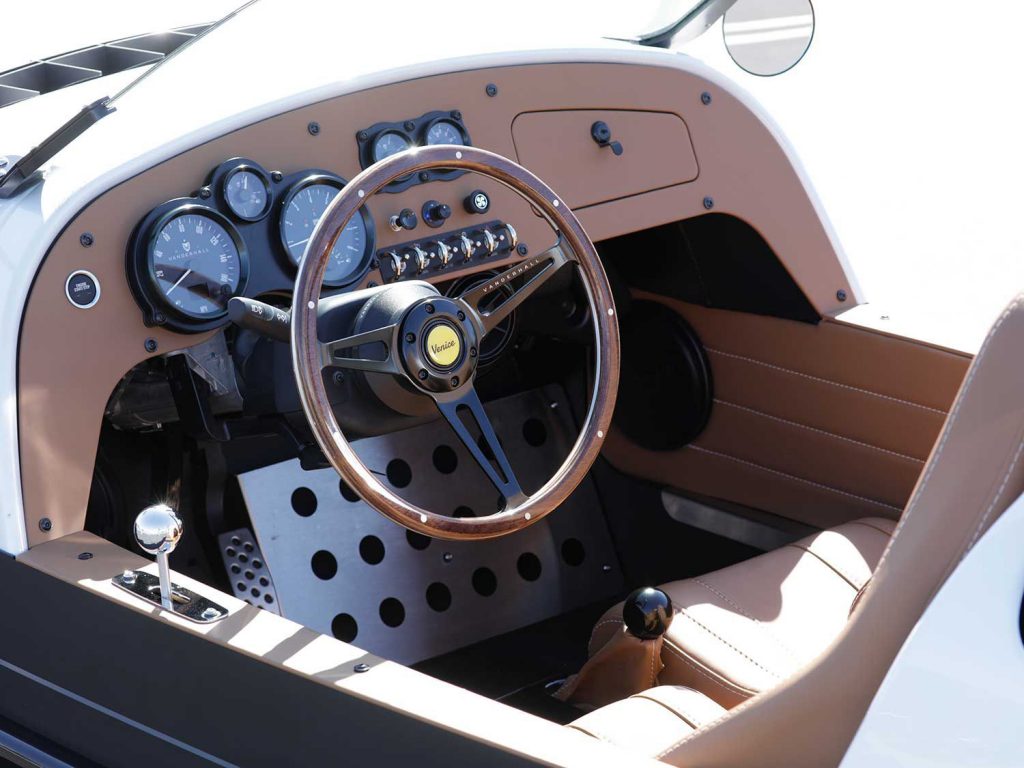 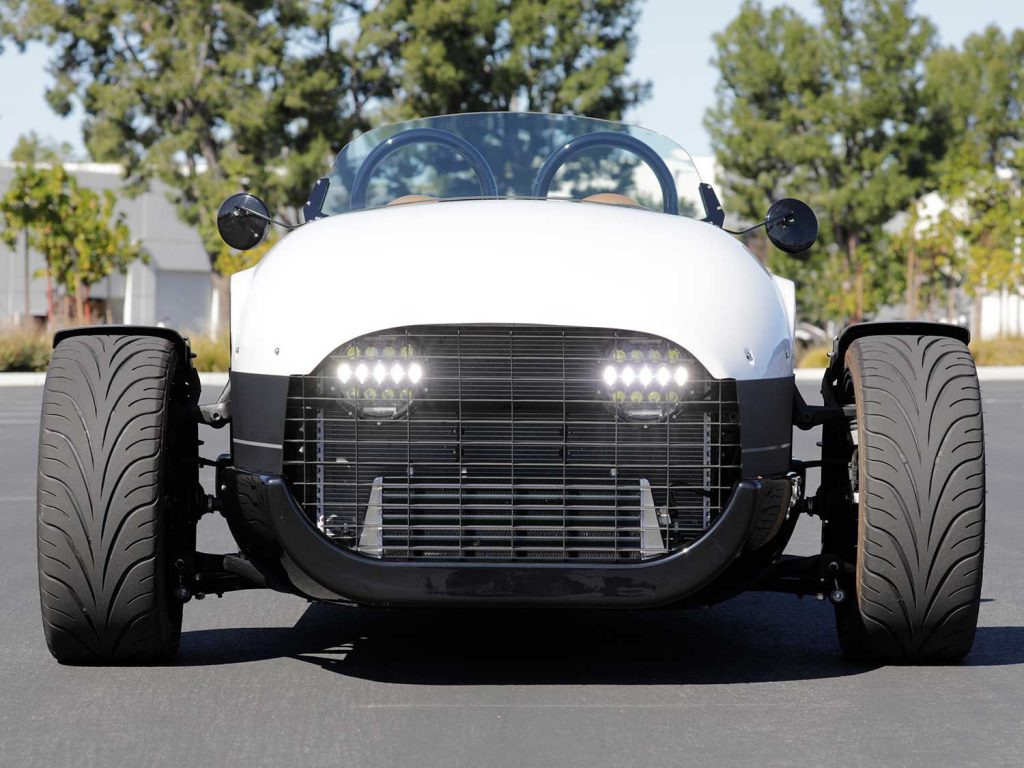 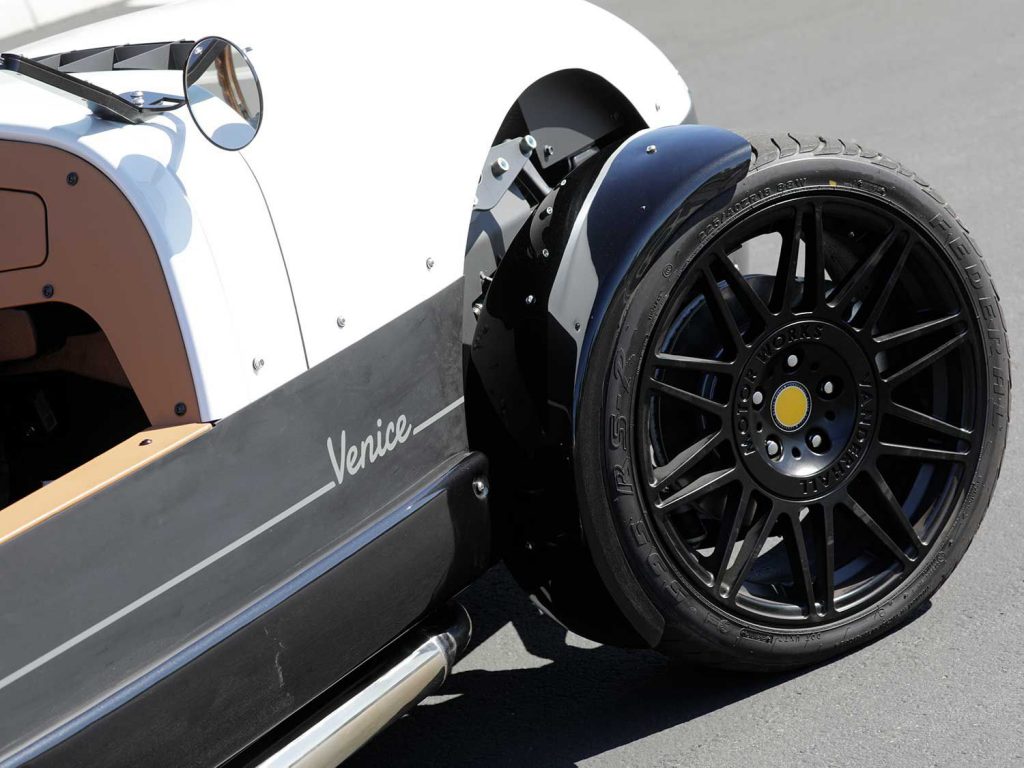 Half car, half motorcycle—three-wheelers like Vanderhall Motor Works’ Venice GT ($33,950) are a growing segment in the powersport world. Defined as both a reverse trike and autocycle, this vehicle category blends features of the two- and four-wheeled world for an experience like nothing else on the road.

The Venice GT is powered by a General Motors-sourced 1,485cc inline-four. This LFV generation powertrain is used in Chevrolet’s 2016 and newer Malibu automobile and features direct injection, turbocharging, and variable valve timing with a claimed 194 hp and 203 pound-feet torque. The transverse-mounted engine is positioned in front of the vehicle and puts power to the 18-inch front wheels via a torque converter-equipped six-speed automatic transmission.

Swing a leg over the fixed composite plastic bodywork and step inside the cockpit and it’s hard not to be impressed with the Venice’s bespoke interior. From the beautiful wood-grain steering wheel to the finely stitched leather seats, aircraft-style gauges, and toggle switches, the Vanderhall screams premium. Bright LED lighting helps you stand out and headlights offer a deep spread of light when driving after dark.

An automobile-style three-point harness secures driver and passenger and the Venice offers generous legroom for this 6-foot-tall driver. A tilt and telescopic adjustable steering wheel and forward/back seat let you tweak ergos. Instead of a mechanical key, the Venice GT uses a keyless-style fob. Press the starter button, notch the center-mounted shifter into “D,” and it’s time to ride, er, drive.

With the GT’s larger-diameter 3-inch slash-cut pipes, the Venice has a mean growl even at idle. Mash the gas pedal and it jumps off the line in a muted way—initially. It takes a few moments for the turbo to spool but when it does, hang on. The whirl of the turbo and waste gate pop-off, paired with the Venice GT’s low-slung, open-air cockpit make for an exhilarating experience, even without a handlebar.

A broad spread of torque is available for just over 2,000 revs. A degree torque steer pulls the vehicle to either side during wide-open acceleration in lower gears. Stay loose on the wheel and it straightens out as the transmission upshifts though its six-speed gearbox. When manual shifts are desired, there is a left-hand side-mounted chrome bump shifter. However, its performance is slow, unlike a manual, or DCT-enabled motorcycle.

With a copious turbo boost at lower rpm, the powertrain favors a short-shift-type driving style, as opposed to revving it out to its 6,500 rpm redline. Still, with a claimed 0–60 mph time of 4.5 seconds the 1,465-pound Venice zips around town with slot car-like low-speed handling.

Sharp-feeling triple disc brakes are equally adept at shedding speed, however the brake pedal is extra sensitive, so be prepared. For those seeking even more stopping performance, Vanderhall offers a Brembo brake package as an upcharge. All European-bound Venices are outfitted with this setup due to homologation requirements.

With a wheelbase of more than 8 feet, the Vanderhall delivers favorable ride quality over bumpy stretches of pavement, and its pushrod-type front suspension makes for a compact hood line with 4.6 and 4.7 inches of travel forward and aft. The Venice’s 75/25 weight distribution affords inherent road stability, but just in case the vehicle is outfitted with traction control and ABS.

Still, the Venice GT isn’t subject to the same safety standards as an automobile, so caution needs to be exercised during drives. Vanderhall says it has engineered front and rear crumple zones, as well as pseudo roll bars (Vanderhall calls them “hoops”), however these features have not been crash tested. So buyer beware.

In terms of creature comforts, the GT-spec Venices have electronically heated seats and automobile-type heater and fan. A Bluetooth-enabled two-speaker stereo lets you listen to audio during drives, and is very easy to pair on our iOS-powered smartphones. Cruise control is another functional touch.

More car than motorcycle, Vanderhall’s Venice GT is a worthwhile option for those who want to make a statement around town. With its classic lines and bespoke finish, it’s a nice alternative for those seeking a fun, zippy, and charismatic three-wheeler that blurs the lines between a traditional convertible and a classic heavyweight motorcycle.

14 healthy foods to snag at Wegmans for under $5
Here Are the 10 Food Trends We’ll See in 2020, According to Whole Foods
We Tried 11 New Summer Drinks and Our Favorites Will Surprise You
The Best Mops, Wipes, and Brushes for Life’s Little (and BIG!) Spills
11 Things to Do with BBQ Brisket Leftovers
What Is Short-Term Memory Loss? Causes, Symptoms, Treatment, And Prevention
Foods to Fight Bad Breath
SHOP