Your smartphone photos take up too much space. Here’s how to downsize them.

This new 1.2-ton torpedo can hit a target 31 miles away 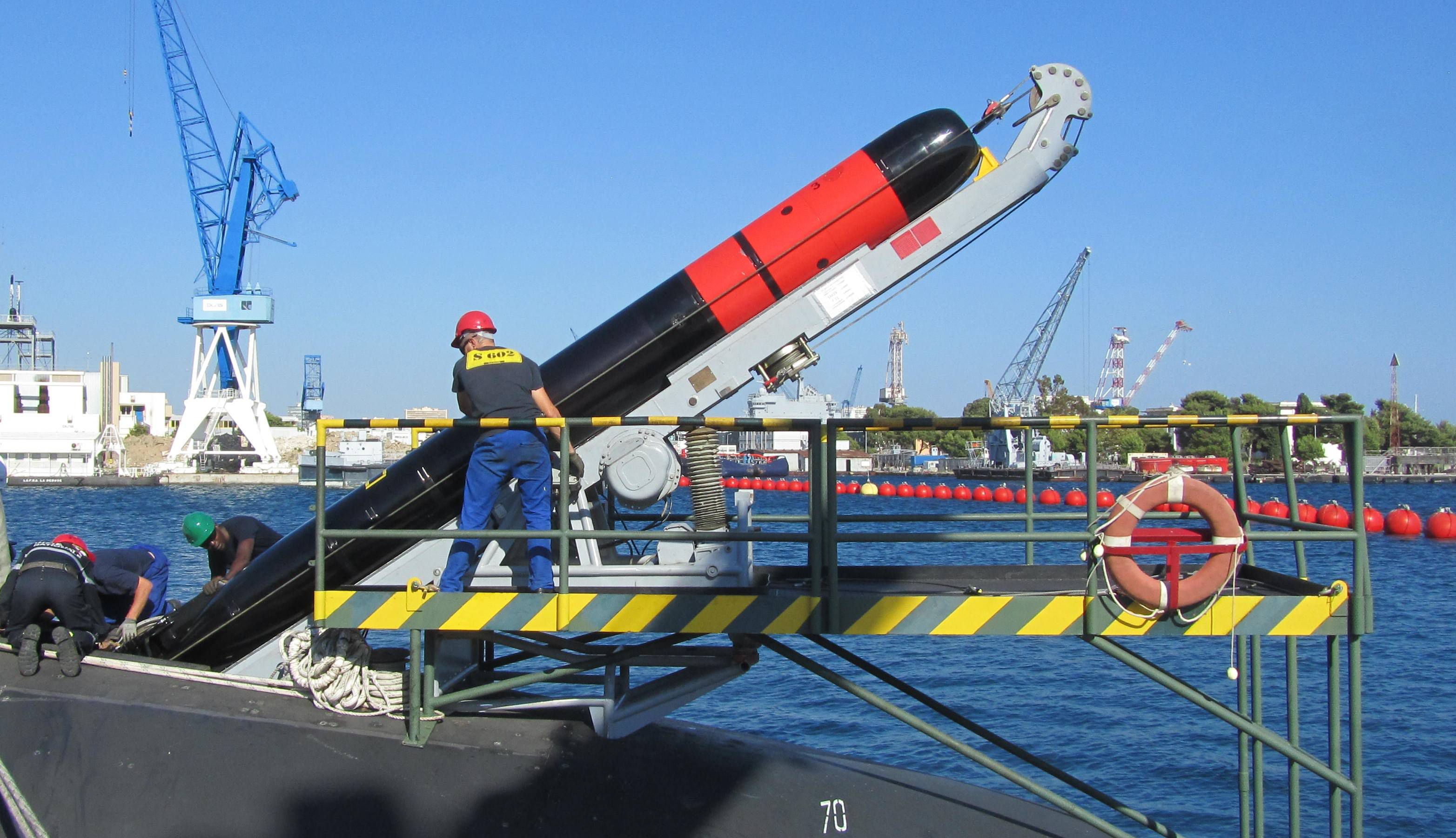 The heavyweight torpedoes launched by submarines are secret, unseen, mysterious. Their universe: the dark silence of deep oceans. Their purpose: to destroy enemy subs and surface warships. Their use: only once every 80 years or so.

The weapon is more likely to sit in its launching tube for 30 or 35 years—that’s the average life-span of a heavyweight torpedo—and then be dismantled, than it is to be shot at an enemy. That makes the delivery of a brand new, designed-from-scratch, heavyweight torpedo notable. And in this case, its makers boast that it is “the most advanced torpedo on the market.”

The F21, designed and manufactured by France’s Naval Group, has been years in the making. The Naval Group finally delivered the first six of 93 to the French Navy in late November 2019. An unspecified number were then delivered in early January 2020 to the Brazilian Navy, which is replacing its Mark 48 torpedoes with the F21.

Torpedoes, which are basically underwater missiles, are classified as either heavyweight or lightweight. Heavyweights, delivered generally by submarines—but sometimes by surface warships—are designed to sink or cripple enemy submarines and warships. They carry an explosive charge of about 660 pounds and travel at high speed towards the target either by themselves or guided by a wire that trails behind and attaches it to the submarine. Lightweight torpedoes, deployed by aircraft close to their target, cannot be wire-guided, carry only about 90 pounds of explosives, and are just used against submarines.

Examples of torpedo use are few and far between. The British submarine Conqueror torpedoed the Argentine warship General Belgrano on May 2, 1982, during the Falklands War; it sank, killing 323 of the 1,095 people aboard. They used the Mark VIII torpedo, which has been in service since 1927! And on March 26, 2010, the South Korean Navy’s ROKS Cheonan was hit by a torpedo that some investigations concluded was fired by a North Korean midget submarine. Forty-six of the 104 people aboard were killed.

“A torpedo is not as beautiful as a submarine,” remarks Alain Guillou, senior executive vice president in charge of development at Naval Group. “But the level of complexity to develop these weapons is extremely high, which explains, even if it does not excuse, the difficulties we have encountered in recent years to finalize its development.” The F21 was originally scheduled to be operational in 2016, eight years after development work on it began.

When it comes to safety, the battery “really makes the difference,” Patrice Pyra, sales director at the Naval Group’s underwater systems business unit, or BU ASM, tells Popular Science. The first requirement is that the torpedo does not accidentally explode, as happened aboard the Russian submarine Kursk on August 12, 2000, killing all 118 aboard. So one of the design requirements was that the F21 be extremely safe—with zero risk of an accidental launch or explosion.

Saft, which designs and manufactures advanced technology batteries for industry, specifically developed a silver oxide-aluminum electric battery that can only be activated by sea-water (which should be absent in the submarine, of course) so the torpedo is totally inert while inside. At the same time this battery provides twice as much energy and power as a conventional silver zinc battery, and is still the same mass and volume as its predecessor, so that the torpedo can fit into legacy launch tubes on the French Navy’s nuclear-powered Rubis-, Barracuda– and Le Terrible-class submarines.

The US, UK, Sweden and Russia use thermal batteries as the energy source for their torpedoes. These batteries “have an advantage in terms of power,” according to Jean-Martin Hepp, BU ASM marketing manager—but need an internal heat source to work and generate heat during operation, making their use “much more risky.” The torpedo becomes more detectable to an enemy using infrared sensors. They are also noisier. “The difference in noise is like the one between a petrol-powered car engine and an electric car engine,” explains Hepp.

A piston pushes the nearly 20-foot-long, 21-inch-diameter, 1.2-ton torpedo out of its launcher tube. An auxiliary battery takes the torpedo beyond a security zone around the submarine. A valve in the torpedo then opens, allowing seawater to reach the main battery and activate it. This provides power to the two propellers, which project the torpedo through the water at a speed of 50 knots to reach a target that can be up to 31 miles away. 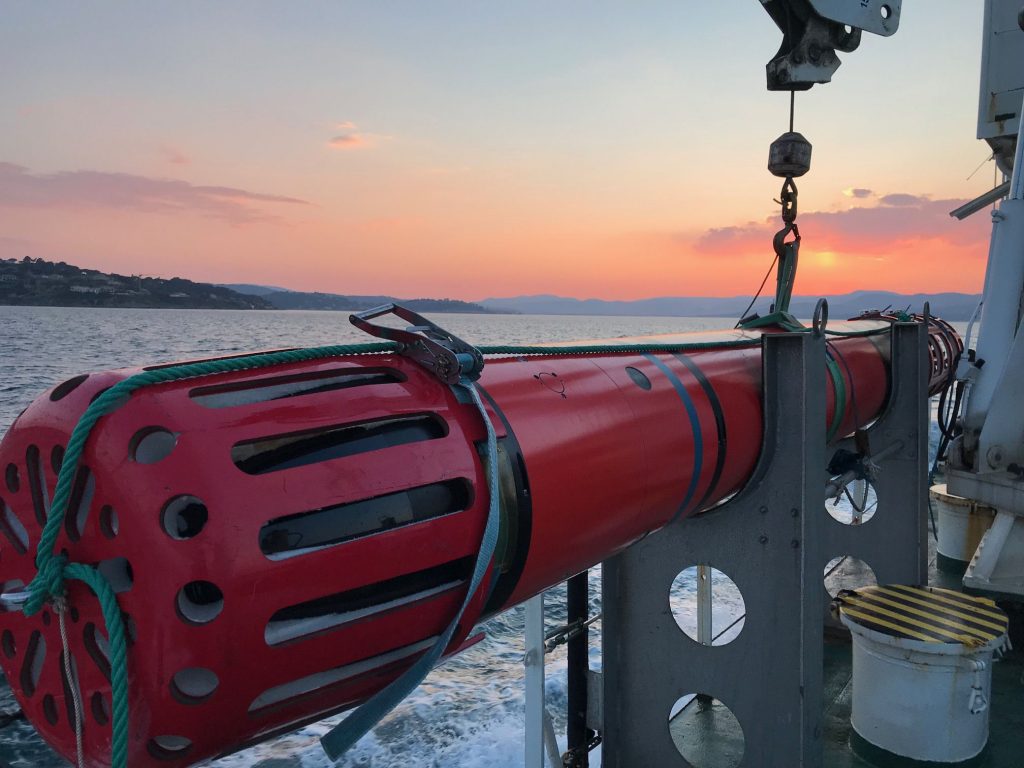 The F21 travels double the distance any other torpedo can travel, in depths ranging from 50 to 1,640 feet. It can be discreetly guided all the way from the submarine via a fiber-optic wire (allowing for communication between the weapon and sub), many miles of which are unwound from inside the torpedo while the rest is unwound from the submarine. But the torpedo can also use its in-built acoustic homing device to detect and pursue its target by itself. In this mode and in shallow waters other sounds can confuse the torpedo—so the noises are treated digitally with the same type of processing as is used in modern sonars. “We did a lot of work on this acoustic part,” Hepp explains.

Once it has reached its target, the torpedo uses an all-electric fuse based on “slapper” detonation technology, also used by some missiles. The way it works is that a very high-speed solid flyer disc interacts with a high-density pellet of pressed explosive and the slap from this flyer disc detonates the explosive pellet. Naval Group considered this system to be more stable and safer than the conventional electro-mechanical detonation systems, found in most torpedoes.

The warhead contains an explosive known as PBX B2211. The “PBX” part means that the explosive is bound using 5-10 percent of a synthetic rubber so that it absorbs shock and is very unlikely to detonate accidentally, a crucial part of keeping it safe.

As for intelligence: the F21 carries a sonar, which are its eyes and ears. The data gathered is then processed by the tracking management system. “This is where we find the really disruptive technology,” Hepp says. When wire-guided, it allows an operator to see and hear what the F21 is seeing and hearing. But it also allows the F21 to analyze the tactical situation by itself. It can distinguish between a decoy and a real vessel, it can recognize a civilian or friendly ship among a fleet of enemies, and it can avoid all known counter-measures. “When your weapon is operating 30 miles away you have to have confidence in its capabilities,” Hepp remarks.

In comparison, the US Navy is still using the Mark 48 heavyweight torpedo designed in the late 1960s. It’s been in service since 1972. A new version, the Mark 48 Mod 4 or ADCAP, was last delivered in 1996—almost a quarter of a century ago. “Since then, the Navy has provided discrete improvements to the torpedo’s guidance and control and propulsion systems,” according to the US Navy’s Fact File.

9 Reasons Why Yogis Are So Damn Happy
Top 10 Longest Reigning British Monarchs
Exclusive: Get an Extra 10% Off All-Clad & Other Cookware on Sale (This Week Only)
How to Make Poached Pears, the Easiest Fall Dessert Ever
All You Need To Know About Shaving Your Face!
6 essential Instant Pot accessories that let you cook literally everything with it
6 Habits That Are Stopping You From Achieving Your Dream Body!
SHOP