Do you think walking on the tight ropes of fitness and healthy living after marriage and childbirth is a joke? Well, think again. Women have been known to fight the odds of the patriarchal society, norms, and stereotypes for ages. And, with the onset of marriage and childbirth, the possibility of a woman continuing her regular lifestyle is often close to none. Fitness, career, ambition, and passion all take a backseat the moment those little feet touch the ground.

Against this backdrop, what are the chances of a woman regaining her identity after not merely childbirth, but also while battling thyroid, PCOD, and obesity?

Meet Diksha Chhabra, Mrs Body Fit 2017, second runner-up of Mrs Earth 2017, a social media influencer, and fitness trainer with a history of creating over 300 success stories for men and women globally. Behind this amazing profile was a mother of a nine-year-old and wife of an army man. A mere two years back, she struggled with obesity caused by PCOS (Polycystic ovary syndrome) and hypothyroid, pushing her weight to 100 kilos. Here is an inspiring and awe-striking story of how a woman broke the society’s “married” status quo and became someone who has changed hundreds of lives around here. This is not just a story of how she lost weight. Rather a story of a woman’s guts, passion, and undeterred perseverance. 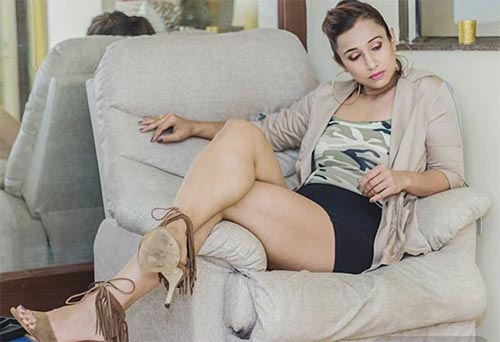 Married to an army officer in a conventional Punjabi joint family, Chhabra adorned several hats in a day. She started her day with household chores, after which she would head out to her full-time job —an administrator role in a school. As if these two weren’t the perfect blend for a pressurized lifestyle, Chhabra kept her supermom cape on constantly for her then four-year-old. Owing to a tightly-packed day, exercise and fitness did not find a comfortable slot in her routine. The outcome was obvious. She packed a lot of pounds over time.

She initially thought this to be a genetic issue, since came from a lineage of family members who were heavier than average. After months of blaming her lifestyle and stress-eating, Chhabra realized that her diet was not the culprit. Despite a minimal and controlled diet, her weighing scale pointed at her weight of being an upward of the nineties. To add to this stress, her friends and distant relatives who met her at functions and reunions expressed their surprise at her weight gain. While some were shocked, others expressed their worry for her health, particularly because of her active history. She used to be a college athlete and NCC (National Cadet Corps) cadet. 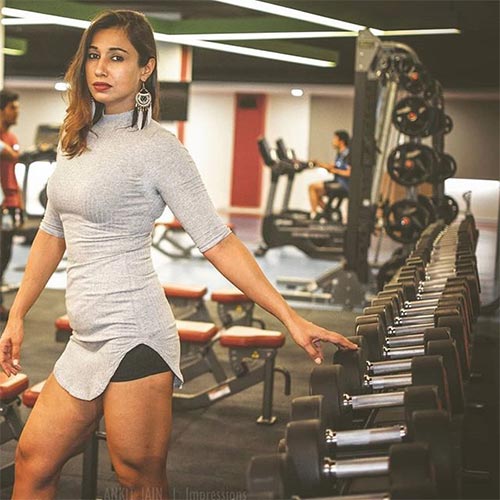 When she’d had enough of the situation, Chhabra consulted her doctor, who confirmed hypothyroid and PCOS. However, before she could take action on her health, her mother-in-law was diagnosed with breast cancer in its final stage.

With this, Chhabra found herself unable to put herself before her family. Following the frequent hospital trips for her mother-in-law, the inevitable happened. The mother of her husband passed away in 2014, after two years of intense treatment. While bearing the impact of her mother-in-law’s death, Chhabra quit her job to look after the household round the clock. With the increased stress and frustration, she resorted to stress-eating and unhealthy food, despite warnings from her doctor regarding a declining health line. 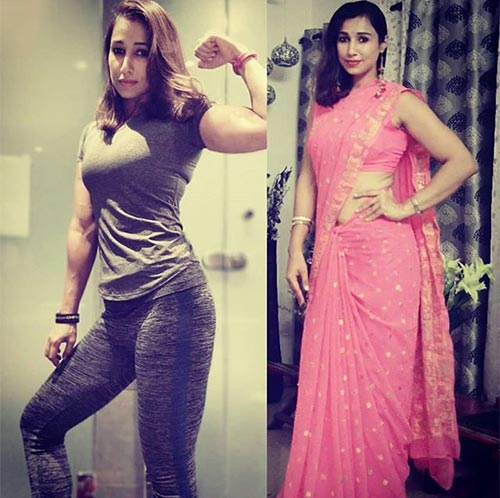 January 16, 2016, Chhabra decided to call it quits on the blame game, and took the wheel to her life. She started a regime that comprised of only walking, and that was no walk in the park. Even a mere two-kilometer walk would leave her feeling breathless. However, that was not going to be the last of her fitness journey.

Overcome with hesitation to exercise in public, Chhabra convinced her husband to invest in a treadmill. There began the incredible transformation of Diksha Chhabra.

In the next eight months, the army wife went on to shed a whopping 18 kilograms. To many, that would have seemed nothing short of a miracle. However, she was not ready to stop. With high-intensity cardio and an extremely restricted diet, she lost a lot of weight, but at a cost. She also lost a lot of muscle and stamina, causing disorientation and blackouts. This made her realize that fitness went beyond endless running. She took to a weight training regime to tone her muscles and get stronger.

With guidance from an online mentor, who planned her diet and workout, Chhabra lost another 12 kilograms. After that she moved to a weight lifting routine, Chhabra realized that her body needed more proteins and hence, switched to a non-vegetarian diet. Unhealthy junk food was replaced by healthy homemade food.

By this time, she set her eyes on a new target — to help others reach similar fitness and health. Chhabra went on to earn certificates in nutrition and personal training.

…And The Rest Was History 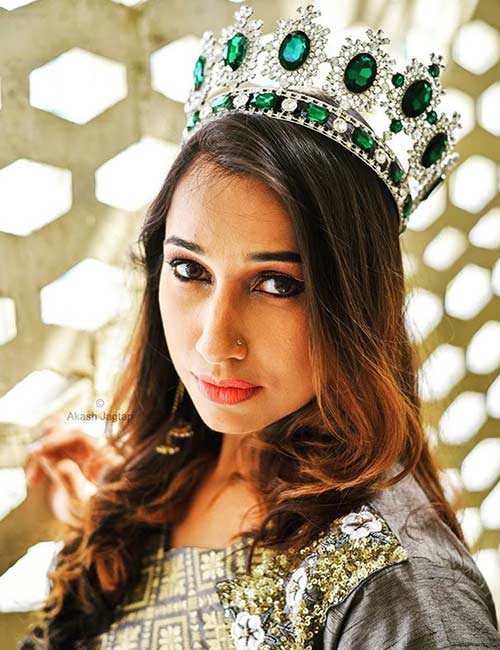 With a strong and inspiring journey of fitness, a great physique was not her only reward. Chhabra went on to compete at the annual Mrs India Earth contest and returned home with a second-runner up and Mrs Body Fit title. Today, she runs Diksha Chhabra Fitness Consultations, she has mentored and trained over 300 clients across the globe, creating a mind-blowing transformation for them as well.

Still think being married and a mother is a reason to not take care of you? Think again. There is a Diksha Chhabra in each of you. It is only a matter of time, will power, and perseverance to wake up the inner fitness freak in you.

Mexican food may not make you think immediately of your slow cooker, but Crock-Pot cooking lends itself well to lots of Mexican dishes, from carnitas to mole. We gathered 9…

In the nutrition world, few things get people more riled up (besides keto, that is) than the subject of dietary cholesterol. Is it good for you, is it bad, will…

Clearing the shelves of toilet paper might be just a way to make us feel more secure in troubling times. (Claire Mueller/Unsplash/) Jay L. Zagorsky is a senior lecturer at…

When you’re shopping for groceries, you’ve got no time for browned apples and weirdly squishy peppers. But when it comes to figuring out how fresh eggs are, the most you…