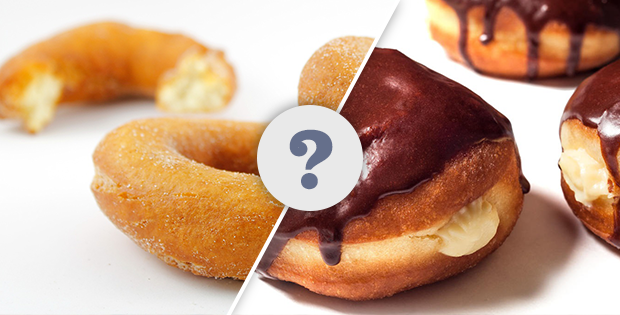 Cake donuts and yeast donuts—which one makes your world go round?

There will be times in your life when you’re forced to pick a side. Important debates so monumental in scope and significance that your stance becomes a part of your identity — defines you at your very core.

Now, I’ve been at this game for a while, and I truly thought I had all my teams chosen. (Coke, New York-style, dark, Shake Shack, frozen, in case you were wondering). But it turns out the roster of my ‘Great Food Rivals Fantasy League’ wasn’t complete; I’d overlooked a major contentious pair: Yeast vs. Cake-style doughnuts. (And no, we don’t have time to get into the “donuts” vs. “doughnuts” question.)

So, let’s see how the two stack up against each before making a judgement call.

First, how about we address the obvious, the-answer-is-in-the-question items? Yeast doughnuts, as the name clearly spells out, are made from dough leavened with yeast (think brioche), whereas cake doughnuts are traditionally made from a kind of cake batter that uses a chemical leavener (i.e. baking powder or baking soda).

What That Means for Texture

The difference in leavening agent dramatically impacts texture and flavor. Yeast doughnuts are lighter: Once cooked, a cross-section reveals a mosaic of air pockets, giving the style a puffy, malleable quality, and a slightly chewy texture. Cake doughnuts, on the other hand, have a dense, more compact crumb (hands up if you like it when wads of cake stick to the roof of your mouth!), and a sturdy, crisp exterior shell.

Of course, there’s also the matter of flavor to consider. At their most plain and basic, cake doughnuts are more rich and buttery (that’s because there’s usually a good amount of butter in the batter), while yeast doughnuts are, well, a little yeasty. You know, they have that subtle fermented tang kind of thing going on. If you’re not a fan of that, you may want to consider joining Team Cake Doughnuts, as the batter for that style is much easier to dress up in a wide variety of flavorings. Not to mention they can handle a thicker coating of icing better suited to secure all your favorite fixin’s: sprinkles, nuts, bacon, you name it. Yeast doughnuts are much more conservatively flavored, traditionally with a thin glaze, or a light icing. They might almost pass as the more modest choice if it weren’t for the fact that the style is used to make filled doughnuts: those little rolls that are gloriously, gluttonously ballooned up with jelly or cream or whatever else your heart desires. 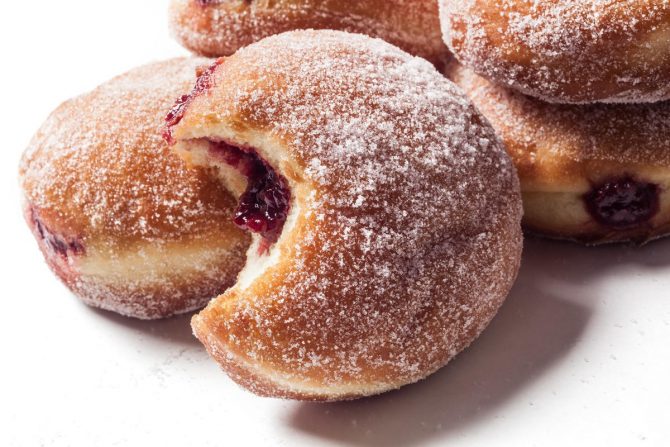 Which One Has Historical Cred?

Still can’t decide? Here are a couple more points of distinction to consider. Proponents of the style are likely to point out that yeast doughnuts are the OGs. They predate cake doughnuts by quite some time, likely first introduced to the States by Dutch immigrants. Cake doughnuts, meanwhile, didn’t start popping up in cookbooks here until the 1830s—a wondrous byproduct of the avant garde technology that was chemical leavener at the time.

Which One Is Easier?

Which brings us to another point: If you’re more of a time-is-of-the-essence cook, yeast doughnuts probably aren’t for you since the dough requires several hours of proofing. The batter for cake doughnuts comes together quickly, plus, if we’re splitting hairs here, they’re also the better choice for dunking in your morning coffee.

Baked cake doughnuts are easy to achieve (and perhaps the greatest love of all).

I know my vote. But in case you need more time to weigh the options, check out these recipes and test the options for yourself. 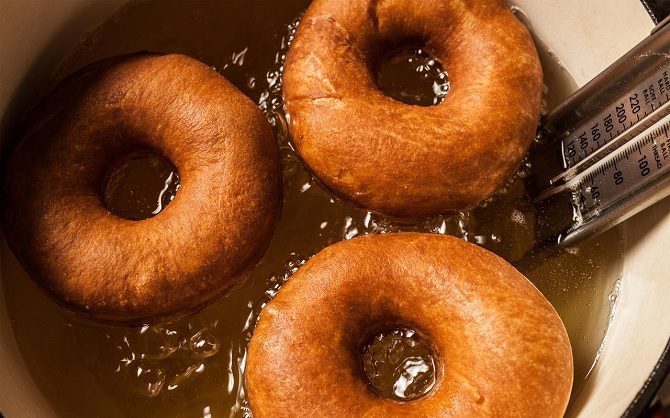 While they may be simple, there’s nothing basic about these yeast donuts: The subtle yeast-imparted sourness of the dough, the chewy elasticity, the pillow-light texture that makes eating three in a row a piece of cake (pun intended). Enjoy these plain, sprinkled in sugar, dipped in glaze, filled with jelly, or however your imagination dictates. Get our Basic Yeast Donuts recipe. 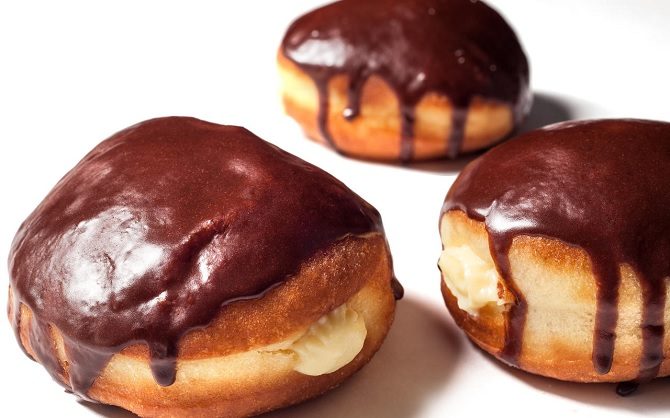 When it comes to something that represents their city, Bostonians aren’t shy about showing their pride. Their opponents in sports may take issue, but certainly no one is going to fault them for bragging about having Boston’s name attached to these delicious, iconic pastries. Bursting at the seams with thick, luscious vanilla-flavored custard and capped with chocolate glaze, there’s nothing to improve on here, folks. Get our Boston Cream Donuts recipe.

Blackberry Jam and Custard Donuts. Because Friday. On the blog now!

Where I come from in Texas they call a donut like this a ‘twofer’: That’s a two-for-one special. All the joy and deliciousness of jam and custard packaged under one sugar-dusted, fried dough roof. And as far as hybrids go, I’d definitely take this over the car. Get the Blackberry Jam & Custard Donuts recipe. 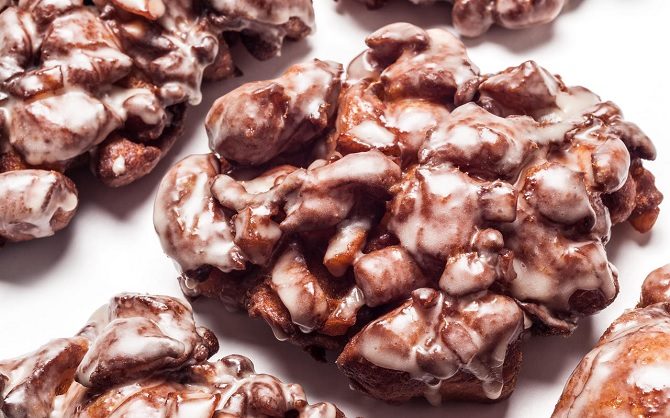 Proving that jelly filling isn’t the only way to get fruit in your donut, these colossal fritters feature cinnamon-butter-basted apples mixed into the dough. The apples may be fresh but the donuts are finished in a maple syrup glaze, so don’t even think about counting it as part of your recommended daily dose. Get our Apple Fritters recipe.

These are so delicious and a million times tastier than the bakery. (#recipe on my blog)

I’m sorry, I feel like there’s really nothing to explain here. Smooth, hazelnut-chocolatey, the-stuff-dreams-are-made-of, Nutella. Inside a fried ball of dough. Covered in cinnamon sugar. What more do you need to know? Get the Nutella Cinnamon Sugar Doughnuts recipe.

While they may not be the “original” donut, the cake-style version, with its rich texture and crisp outer shell, is definitely not wanting for fans. Lovely as they are simply tossed in sugar or glazed, one of the biggest appeals of this style is its versatility, easily able to take on nearly any flavor styling you can dream up. Get the Old Fashioned Cake Donuts recipe.

The inside is soft, tender and cakey; and the outside is crispy with a classic sweet glaze. I’m going to take a giant leap here and say that you need these in your life!

Kick it old-school with this subcategory of the cake donut (recognizable by its flower-like tapered edge) that adds in a touch of sour cream to the mix. Get the Old Fashioned Sour Cream Doughnuts recipe.

Sometimes midweek days just need something like these doughnuts. So today we’re going with baked doughnuts, or as I like to call them cupcakes in the shape of doughnuts. No matter how they’re made though, these are so flipping good, I mean, addictingly good.

. It’s all about that salted caramel. YUMM. Recipe is on the blog so get to it!

I appreciate simplicity, a reverence for the unfettered classics, I do. But if you’re going to improve upon the understated perfection of apple cider donuts, this is how you do it: Add gooey chocolate chips to the batter, cover the finished baked rings in sticky cider caramel glaze, and finish with a sprinkle of sea salt flakes. Stick that in your pipe, as they say. Get the Baked Salted Caramel Apple Cider Donuts recipe.

Homemade Funfetti Cake Donuts. You are welcome. Celebrating 9 years of blogging with these babies. Oh, how I wanted to eat every last one of them. Get the recipe #ontheblog or by clicking the #linkinprofil above! @tasteandtell http://www.tasteandtellblog.com/homemade-funfetti-cake-donut-recipe/ #tasteandtell #donutaddict

In case the donuts themselves weren’t enough of a childhood throwback, you can really get into the spirit by referencing everyone’s favorite birthday cake flavor. Get the Funfetti Cake Donuts recipe.

I am always so happy when salty and sweet say “I do,” because the union never disappoints. For example: Crispy, salty, fatty pieces of bacon and sugary-sweet maple glaze. Don’t worry, the cake donut was happy to play designated driver, I checked. Get the Baked Maple Bacon Donuts recipe. 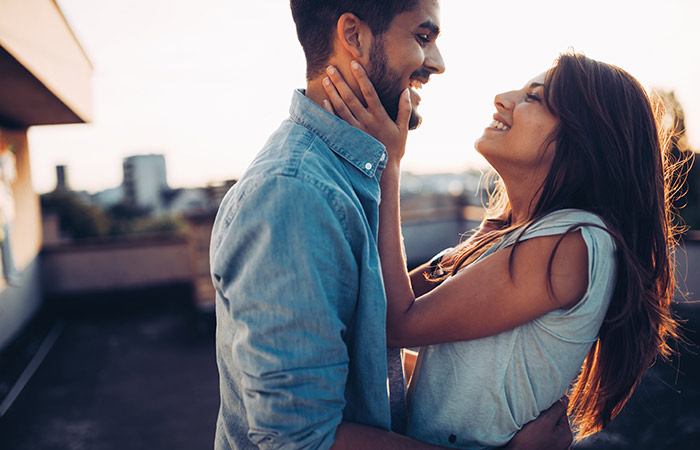 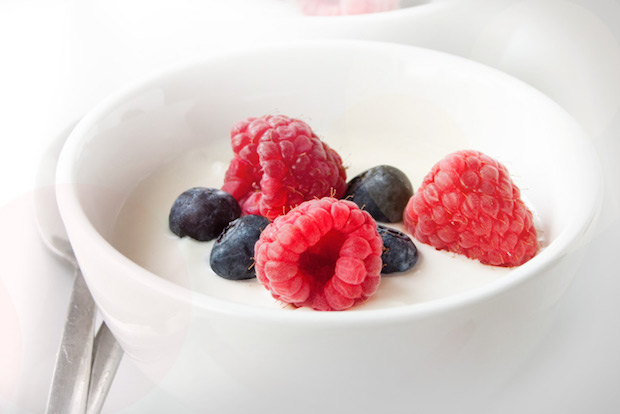 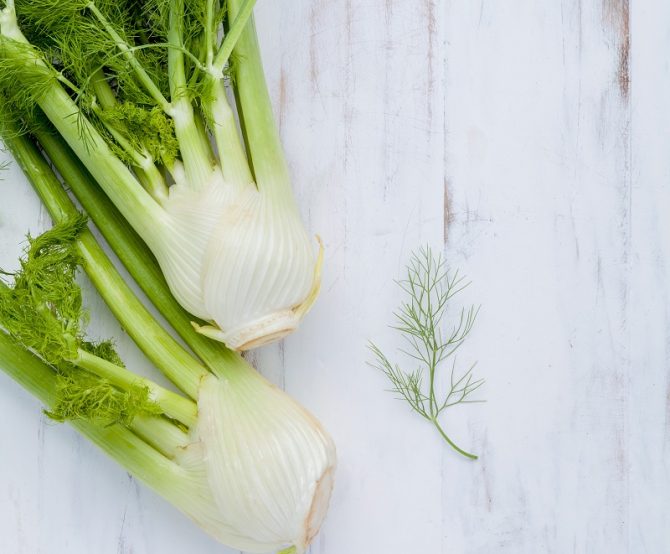 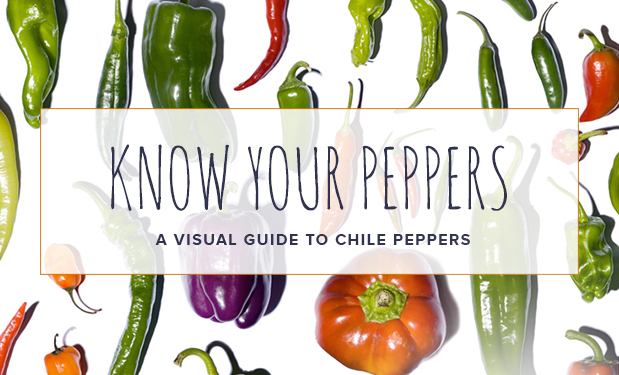