How to Win at Meal Prepping This Winter 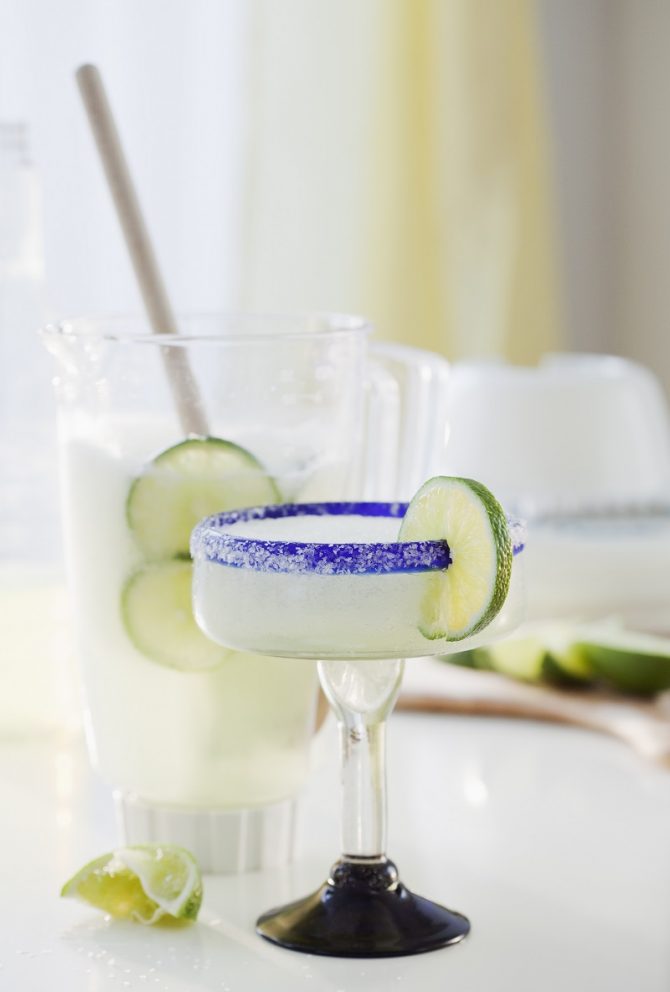 The noms are in. The snubs have happened. The time is running out to decide what to serve at your 2020 Oscar party. The Academy Awards never fail to cause controversy and this year’s nominations feel particularly regressive, but we can’t wait to devour all three hours of the show alongside a perfectly curated Oscar menu.

Save the puns for your less sophisticated friends and go with a menu meant for a refined palate. OK, I take it back, an Oscar party isn’t an Oscar party without a dumb pun or two. Whatever you do, make sure that while your friends are biting their nails for Greta Gerwig’s reactions, they’re also biting into something yummy. See our complete menu below: 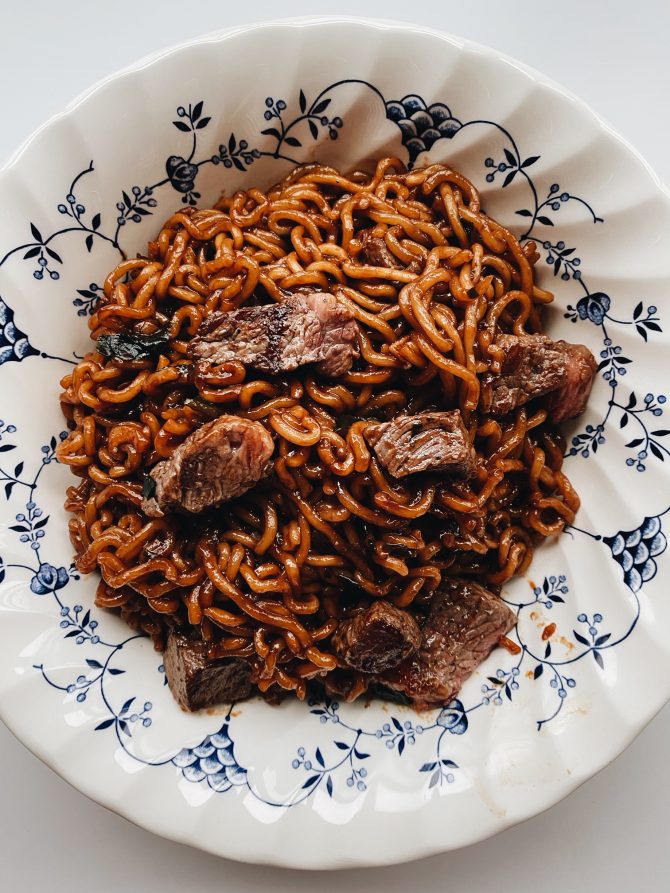 Helmed by recent Golden Globe winning director Bong Joon-ho, “Parasite” explores class and the upsetting extremes between the haves and the have-nots in modern day South Korea. It was tempting to suggest peach pie as a menu item, because one character’s peach allergy is pivotal to the plot, but it would have been a disservice to Korean cuisine and the most symbolic meal of the movie.

Amidst chaos, one character is forced by her rich boss to make jjapaguri, a traditionally cheap Korean comfort dish consisting of ramen noodles and jajangmyeon noodles (similar to udon, hence the subtitled moniker for the dish, “ram-don”). However, the woman of the house requests the ram-don be served alongside strip sirloin. This traditionally cheap comfort dish being paired with an incredibly expensive and good cut of meat at a housewife’s whim really hammers home the overall movie’s theme of socioeconomic lifestyle gaps. It’s also delicious. Get our Jjapaguri recipe.

Don’t knock it ’til you try it. Amy, the youngest and often most hated sister in Louisa May Alcott’s “Little Women,” is poignantly played by Oscar nominee Frances Pugh in Greta Gerwig’s humanizing version of the novel. Vindictive, scrappy, and artistic, Amy notoriously gets paddled by her schoolteacher for drawing his likeness in exchange for pickled limes, a popular treat at the time from Africa. The limes represent the March family’s lack of excess and their ability to get by and fit in with those better off however they can. Try these spicier Pickled Limes on their own, or as a condiment to an Indian dish like biryani. 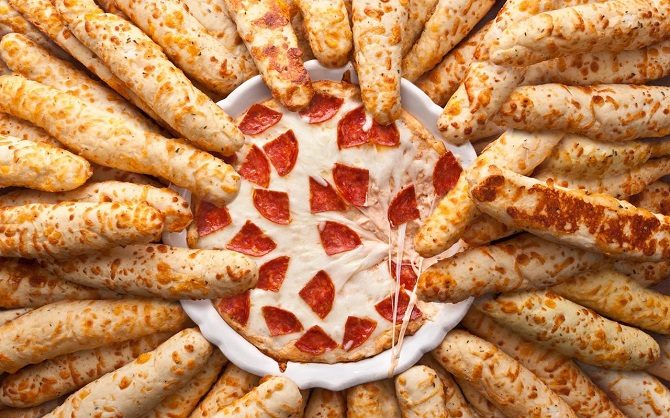 Pope Benedict, played by Anthony Hopkins, is a solitary, cold, conservative man. Soon-to-be-Pope Francis, played by Jonathan Pryce, is a warm, progressive man of the people. They must learn to work together during a transfer of power for the better of their beloved Catholic church. But what’s the one thing they can agree on? Pizza. In fact, one of the most impactful scenes happens over a couple of local Rome slices, so it only makes sense to serve pizza in its friendliest form: dip! To truly honor the film’s marriage of ideologies, this dish must be served with Fanta and fresh oregano. Get our Pepperoni Pizza Dip recipe. 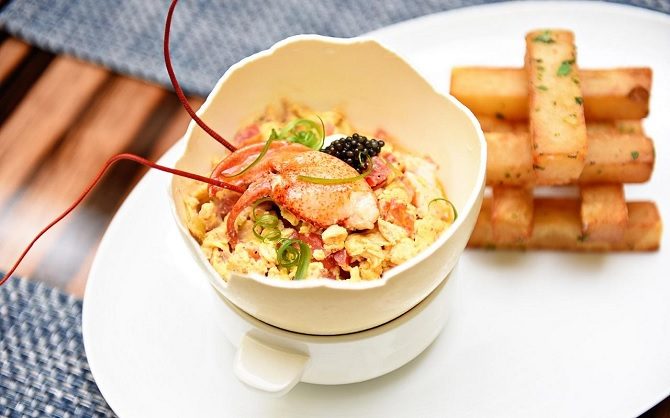 Renée Zellweger as Judy Garland is a dream. Based on the play “End of the Rainbow,” “Judy” tells the tale of the upsetting and depressing end of legend and icon Judy Garland’s life.  The film overall is very sad, implying that because of her fame and talent, Judy had a tragically hard existence. One bright spot in the film is when a lonely Judy attends the apartment of two of her biggest fans, a male couple who explain how much she means to them and why. In a rare scene where Garland seems happy, the trio laugh off one partner’s terrible omelette skills as his eggs turn scrambled.

This lobster and caviar egg dish is meant for royalty. Judy deserved nothing less. Get David Burke’s Lobster Scrambled Eggs with Caviar and Crème Fraîche recipe. 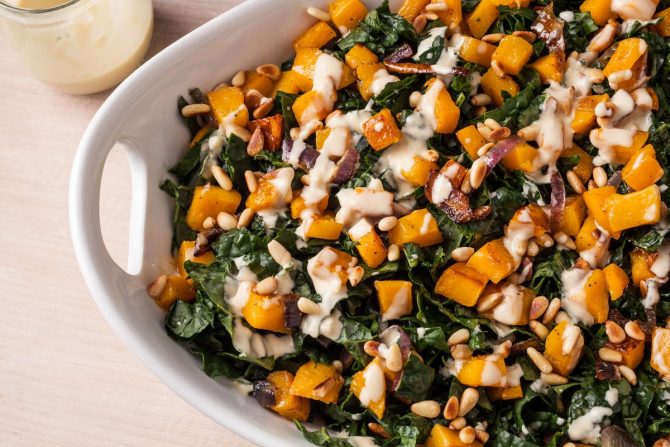 In one of the funnier scenes in a rather dim film, whilst privately fighting a custody battle with Adam Driver’s character, Scarlett Johansson’s character’s lawyer, played by goddess Laura Dern, moves effortlessly from ripping Driver’s character apart to blithely giving her lunch order. Dern’s character casually orders a kale salad as Driver’s character is confounded on who to be, let alone what to eat. No order could have been more L.A., so this low-carb leaf’s for you, Laura Dern. May you win the Oscar for Best Supporting Actress as you did the Golden Globe. Get our Roasted Butternut Squash and Kale Salad recipe. 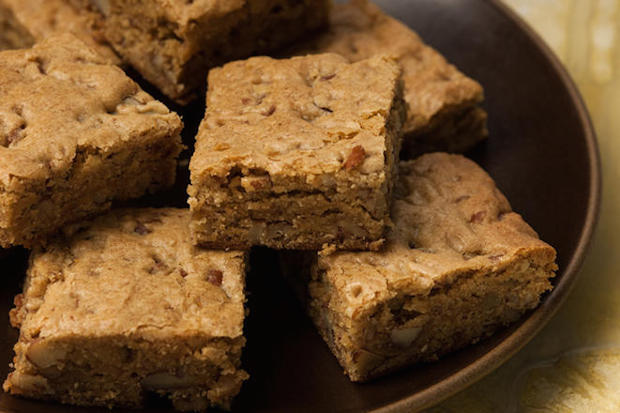 Making waves and taking names, “Bombshell” is quite the polarizing film this season. With Charlize Theron at the center of it all as Megyn Kelly, the film portrays the sexual harassment scandal that rocked a nation, a network, and a media monarch. The women in the film all have golden hair, hence the blondies, but just like a blondie is as a dessert, these women were underestimated. In a scalding take on the beginning of the #MeToo era and Fox News, “Bombshell” shows the strength of women through togetherness. Turns out the taste of justice is sweet, as long as it’s made with butterscotch. Get our Butterscotch-Pecan Blondies recipe. 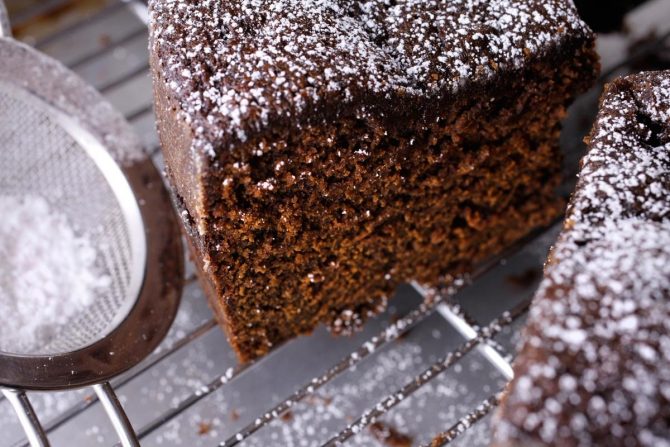 What makes this war flick so different is its primary focus on the story of two young soldiers’ mission to deliver a message over enemy lines to save thousands of lives. As the entire movie is about Dean Charles-Chapman and George McKay’s time spent on the front lines, our take on a trench cake seems appropriate. The dense treat was sent to soldiers during the first World War. Because some ingredients like eggs were hard to get, the cake used baking soda and vinegar to help it rise. This gingerbread uses traditional ingredients, but here is the recipe the government released to the public if you want to know exactly what the Lance Corporals in the movie would have noshed on. Get our Gingerbread with Stout recipe.

“Once Upon a Time… in Hollywood” – The Perfect Margarita

After Quentin Tarantino’s win for Best Screenplay at the Golden Globes, eyes are certainly on his script for the Academy Awards. Although many reviews held contempt for the film’s rambling nature and length, Brad Pitt is a front-runner for Best Supporting Actor. If you sat through all two hours and 40 minutes of the film, you know that frozen margaritas might as well also be billed as a supporting act. Leonardo DiCaprio and Brad Pitt often hold salt-rimmed glasses and the frozen concoction even plays a small part in the film’s twist ending. Cheers!

If you haven’t seen all the nominees yet, see how to watch the Oscar nominated movies at home before the big event.