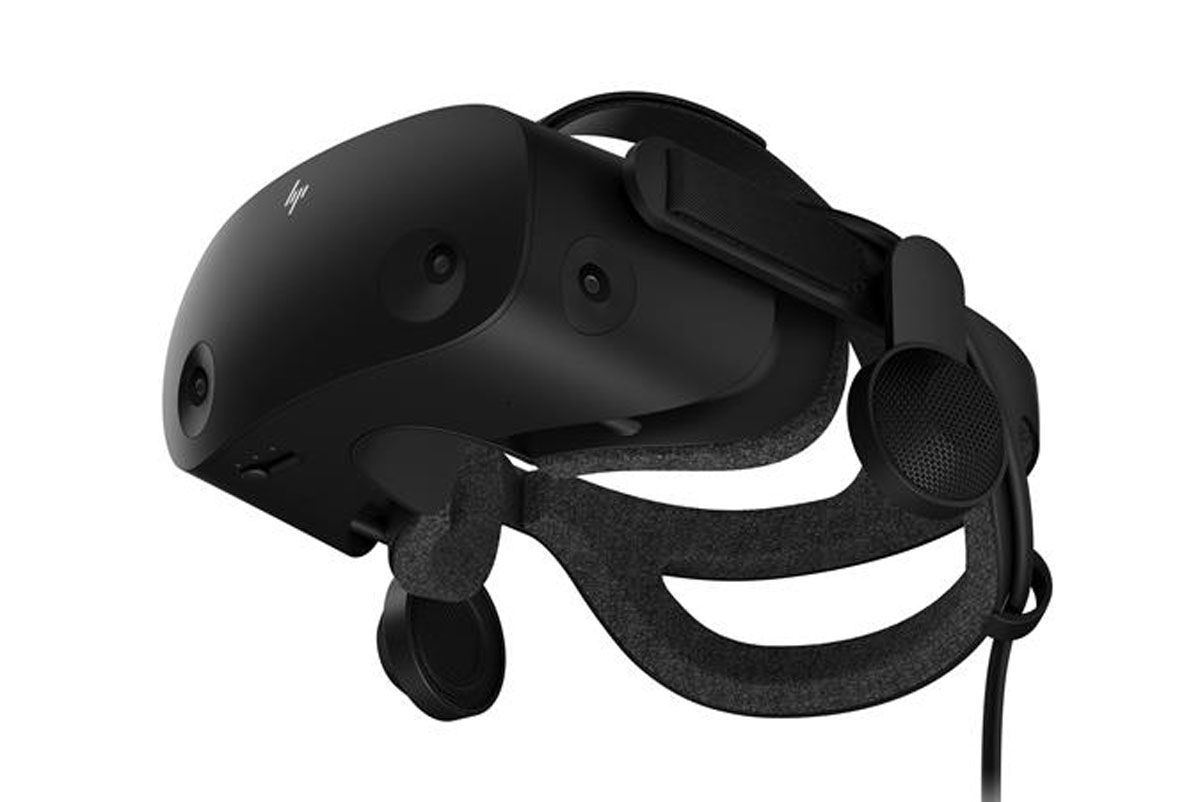 Notice the new tracking cameras on the outside of the headset. (HP /)

Virtual reality’s march toward mainstream acceptance has continued slowly along, but now HP is hoping its new $599 Reverb G2 headset will give players another attractive hardware option to compete with the Oculus Rift S. While HP doesn’t have the most VR credibility on the block, it built the Reverb G2 in conjunction with venerable gaming company Valve, which already makes one of the best consumer VR rigs around, with its perpetually sold-out Index.

The Reverb G2’s biggest draw comes from its display resolution. Each eye gets a 2160 x 2160 screen. Most other headsets typically opt for a 1440 x 1600 per eye resolution, including the Valve Index and the Oculus Quest. Increased resolution helps eliminate typical VR issues that can take away from the illusion that’s essential to immersive VR. With lower resolution, digital objects can have jagged edges or the whole picture can suffer from screen-door effect, which makes everything look as if you’re peering through a fine grid due to the dark spaces between pixels.

You don’t notice the pixels on your TV screen because there are so many of them and the display is so far from your face. VR headsets, however, plunk those little OLEDs just a short distance away from your eyes and magnifies them using special lenses. As a result, a low-resolution display won’t look like a coherent image. 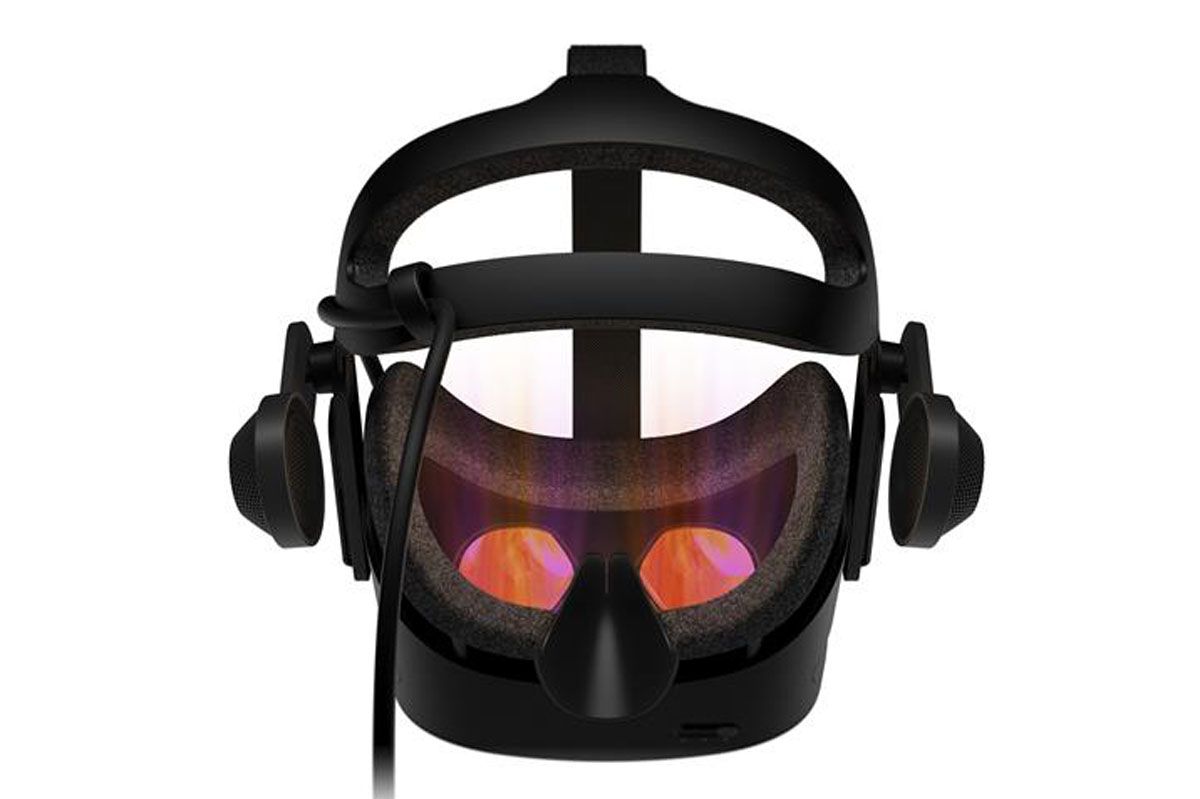 Despite this weird press image, the screens won’t actually barbecue your eyes. (HP /)

Refresh rate is another crucial spec when it comes to VR performance. The Reverb G2 has a 90 Hz refresh rate, which means the image on screen changes 90 times every second. That’s not as high as some other headsets, like the 120 Hz Valve Index, but it beats the 72 Hz you’ll get from the Oculus Quest. The faster the screen refreshes, the smoother the movements will look as objects travel across the screen. Beyond immersion, this kind of responsiveness is crucial because lag between your head movements and the screen’s reaction time can cause disorientation or give you that queasy, “I’ve been playing VR too much,” feeling in your stomach.

The speakers come with heavy Valve influence. They sit 10mm off of a player’s ears so they’re comfortable over long periods of time. They also support spatial audio, which uses directional sounds to more accurately mimic how sound waves travel in the real world.

To track your head motions, the Reverb G2 employs four outward facing cameras—two on the front and one on each side. Its tracking won’t be as accurate as a headset with external infrared beacons to help locate it in the space, but it’s an improvement over the first Reverb, which only had cameras on the front.

In addition to the improved tracking capabilities, the outward facing cameras enable more mixed-reality functions. Roughly three years ago, Microsoft was leaning more heavily into mixed reality, which uses a headset’s onboard cameras and built-in VR tech to make virtual objects appear in the real world. Typically, the headsets built for mixed reality have been underpowered and somewhat underwhelming, which makes the new Reverb G2 seem so appealing. 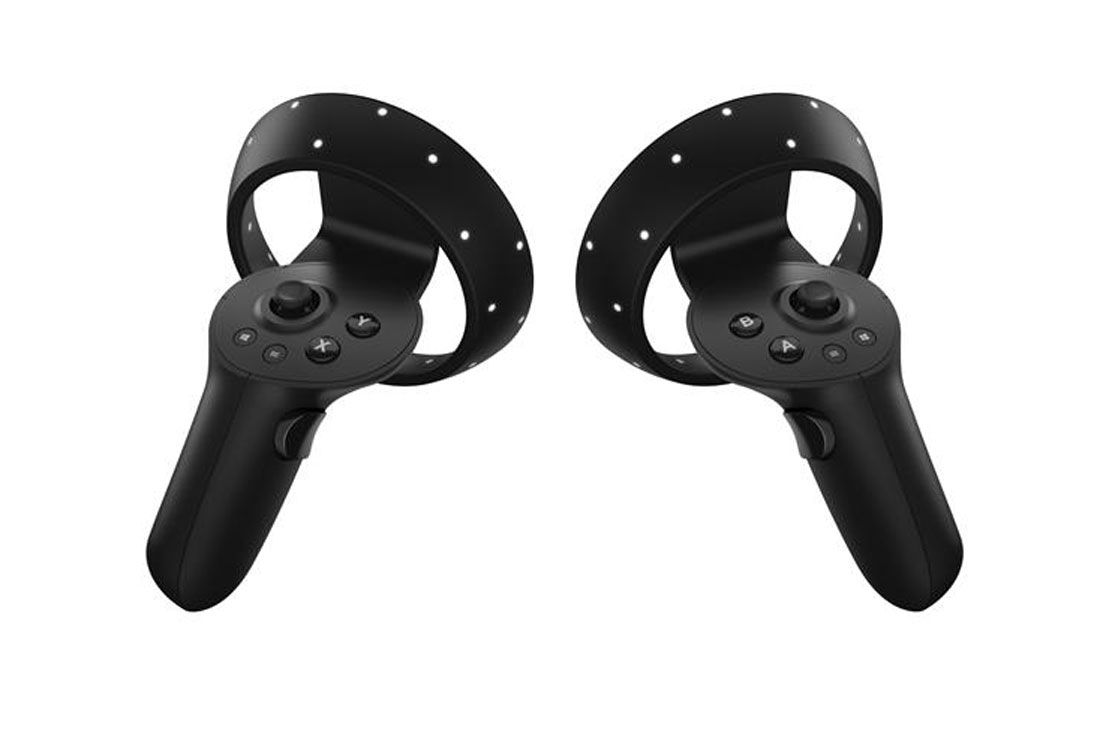 It’s a familiar controller design that has proven itself in the past. (HP /)

Controllers are a crucial part of VR, and HP has totally redesigned its sticks for the Reverb G2. If you’re familiar with the Oculus Quest controllers, they will feel very similar. Each stick has two action buttons, two function buttons, a joystick, and a trigger. They’re nothing ground-breaking, but they look like a big leap from mixed reality controllers we’ve seen in the past.

The Reverb doesn’t debut in stores until later this year, but—at least on paper—it has a lot of potential at its midrange price point. Of course, it still also requires a PC to run the games and programs you want to experience. HP offers an all-encompassing computer called the VR Backpack that users can actually strap onto themselves, and the Reverb G2 will be compatible with that as well.