Traditionally, checking out the towns and cities of our ancient ancestors has required a lot of digging. While we’ve been exploring ancient sites for centuries, scientists have been working to find newer, less destructive ways to learn about major sites like Pompeii, as well as the smaller communities that made up ancient Rome. Scientists at the University of Cambridge and Ghent University have used ground-penetrating radar to create a highly-detailed map of Falerii Novi, a Roman town that prospered from around 241 BC until 700 BCE and is now buried deep below the earth. The researchers published their findings last week in Antiquity.

Around six feet beneath the city 40 miles north of Rome, the researchers found evidence of a bath complex, large homes, a marketplace, public buildings and monuments, temples, and water pipes used by the city’s locals, which may have numbered in the thousands, says author Martin Millett, a professor of classical archaeology at Cambridge.

“What’s really interesting is not just what you can see, but how clearly you can see it,” says Millett.

Radar works by sending signals out and analyzing how they bounce back, providing evidence for objects we can’t see with the naked eye. But penetrating the solid soil of central Italy requires a great deal more power than it takes to search the sea or the skies. The antennae themselves might still be small, Millett adds, but higher energy and frequency allows the waves to penetrate the tough ground. The archeologists dragged these radar instruments across the entire city, just more than a tenth of a square mile, taking readings every five or so inches along the ride.

Materials like metal and marble have different frequencies than the earth surrounding them, says Helena Fracchia, a professor of the classics at the University of Alberta. That means archaeologists can get a pretty good picture of where things like buildings or pipes fit into to the city landscape. While a typical excavation can take years of fieldwork, using GPR only takes a couple of months.

“The results from Falerii Novi are absolutely fabulous as a preliminary step in studying the city,” she says.

While these results do give us a unique birds-eye view of a Roman city, Fracchia says, the use of ground-penetrating radar has its downsides. It shows you a whole town pretty quickly and cheaply, but there’s a lot more to archeology than just mapping out where things went. 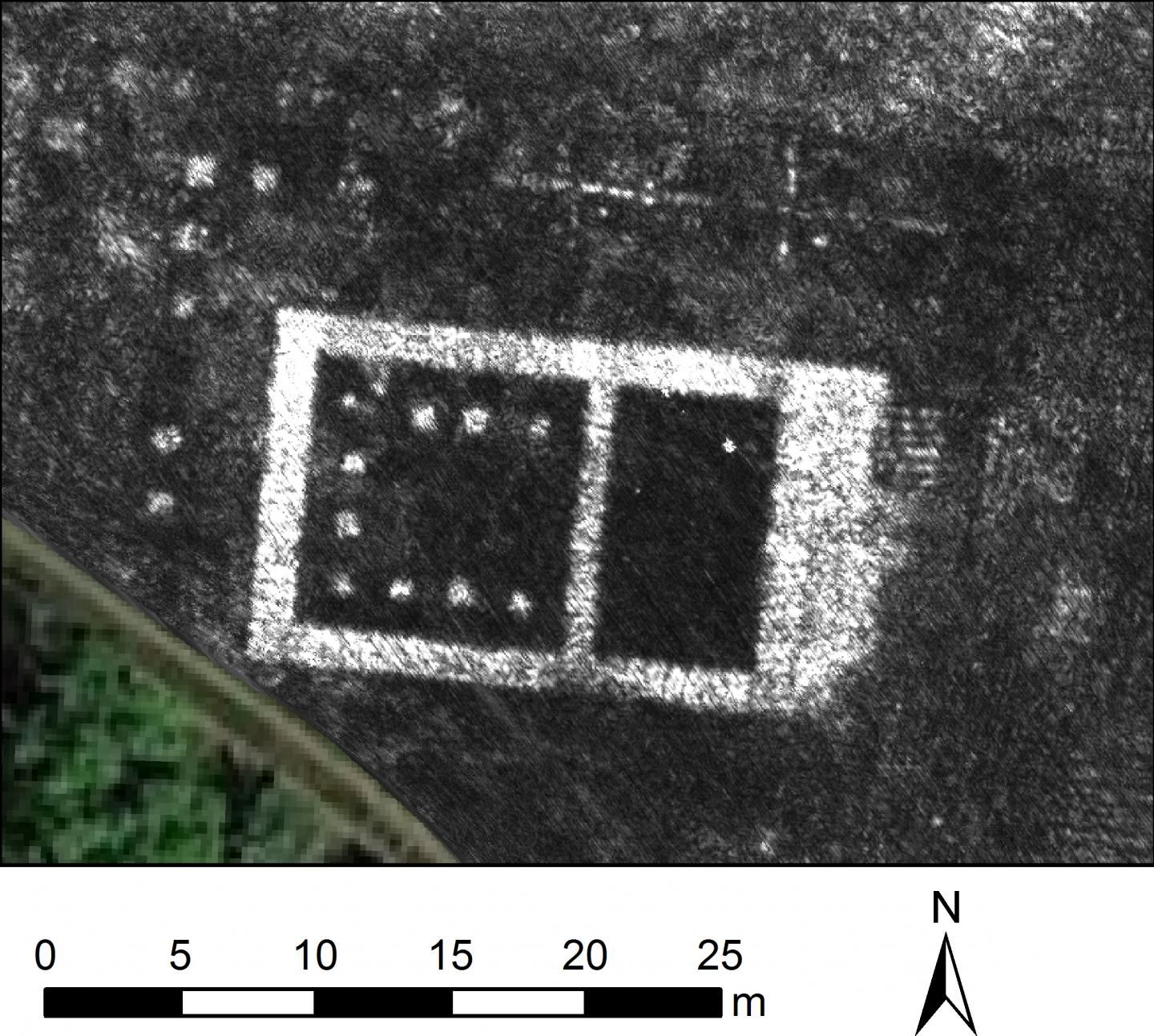 Super-strong radars captured this image of a hidden ancient temple in the buried town of Falerii Novi. (L. Verdonck/)

When you wander around a museum, looking at the big picture diagrams of ancient communities is only part of the experience. The art, tools, and fossils that archaeologists can only find by digging provide much more insight into how people lived and died there. To take one example from the new study, the researchers managed to discover a large ancient monument by the northern gate of the city. But in order to understand what kind of practices and rituals went on inside the structure, Fracchia says, scientists will have to do some excavating to search for relevant art, tools, and remains.

Millet hopes to keep working on this site, finding as much detail as possible, but also intends to take the technology to other Roman cities. After all, with the help of these super-powered radars, you can find buried treasure without breaking out a spade.