Scientists say the sun is lazy and boring 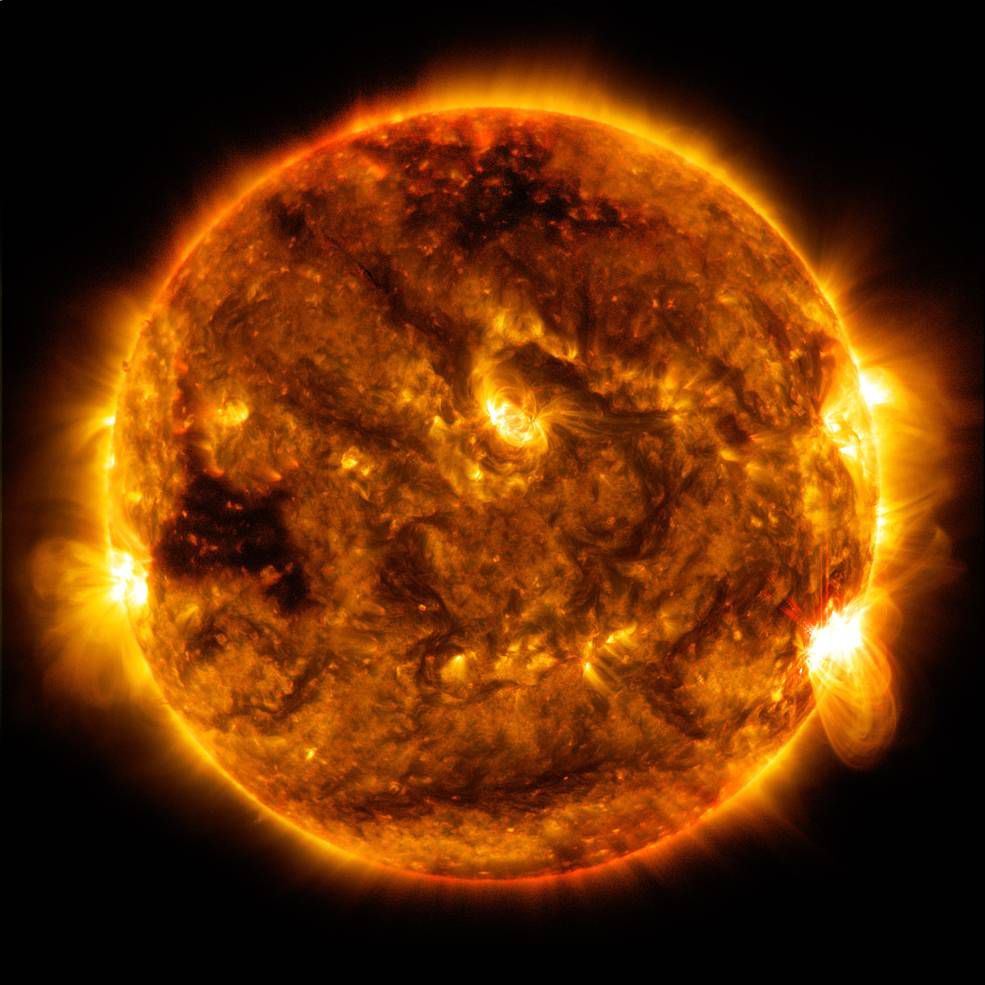 Boring. Humdrum. Monotonous. Those aren’t words most of us would usually associate with the miasma of incandescent plasma that makes life as we know it possible, but a recent study suggests that, as far as sun-like stars go, our own sun is a bit of a layabout.

In a study published this week in the journal Science, researchers compared our sun to 369 stars deemed similar to the one at the center of our own solar system—ones that take between 20 and 30 days to rotate on their axes, along with having comparable chemical compositions, masses, ages, and surface temperatures. Each of the studied stellar bodies had been observed by NASA’s Kepler Space Telescope from 2009 to 2013, allowing the researchers to compare fluctuations in brightness during that period.

“We were very surprised that most of the sun-like stars are so much more active than the sun,” study author Alexander Shapiro of the Max Planck Institute for Solar System Research said in a statement. The other stars showed around five times the brightness variability displayed by the sun during the same period. That could mean our host star is unusually tame for its type—which could be quite a good thing for us.

A star appears to dim when it has more sunspots, which are areas of temporary coolness in surface temperature. A sunspot happens when a star’s magnetic field is so strong that it keeps heat trapped deep below. While sunspots themselves are relatively cold and dark, their presence indicates that a star is making quite a ruckus. They mean the magnetic fields caused by the star’s electrically charged gases are particularly strong, and so are more likely to cross and interact in ways that cause solar flares. When our sun lets out these intense bursts of radiation, they can collide with Earth’s own magnetic field—forming aurorae (the Northern and Southern lights) if we’re lucky, and interfering with our electrical grids and GPS systems if we’re not.

Big bursts of cosmic radiation don’t make life easier for anyone, so it’s possible Earth has benefited greatly from the sun’s relative laziness.

“A ‘too active’ star would definitively change the conditions for life on the planet, so living with a quite boring star is not the worst option,” lead author and Max Planck astronomer Timo Reinhold told Reuters.

But was our sun born this dull, or is it just going through a phase of malaise? In addition to good records of sunspot activity going back several hundred years, scientists have used traces of radioactive elements in tree rings and ice cores to estimate the sun’s activity going about 9,000 years back—and we know its doldrums have lasted at least that long.

“However, compared to the [4.6 billion-year] lifespan of the sun, 9,000 years is like the blink of an eye,” Reinhold said in a statement. That means it’s technically possible that the star will perk back up at some later date, but the study authors suspect a different explanation: The sun is getting on in years, and life on Earth has benefited greatly from its dotage.

What Is a Green Wall & How Can You Make One In Your Home?
Can air purifiers help you sleep? I took one for a test-spin to find out
Stanford Red Barn in Stanford, California
How do we know what dinosaurs looked like?
Facebook
Twitter
Pinterest
Print
Previous articleYour home build projects are only as good as the lumber you choose
Next articleWhere does fear actually come from?
- Advertisment -