Home DIY Builder Transforms Staircase Into Wine Cellar In A Week And A Half...
DIY

The lockdown is the ideal time to do the things around the house that you’ve neglected for way too long—things like finally getting rid of the stuff you stashed “just in case” and ended up not using in 5 years or sorting the heap of clothes on that one chair at home. You know, the chair.

Or, just a thought, you can also take on a DIY project to make your home feel more alive. Like building your very own wine cellar inside of a staircase. Yep, that just happened. 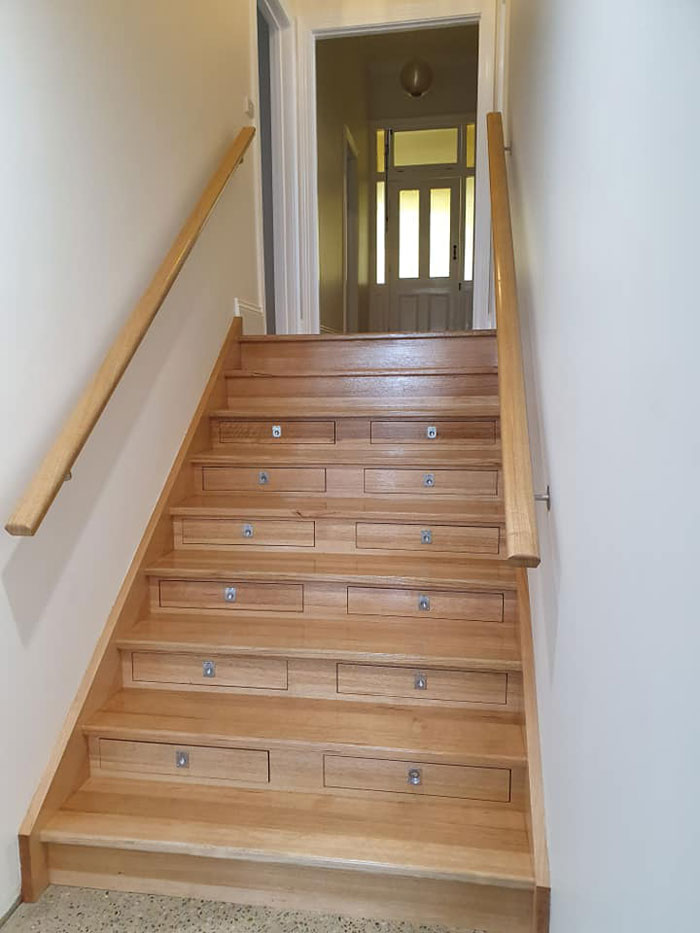 Murray Berrill, a 58-year-old house renovator and builder from Victoria, Australia, has recently shared some photos of his most recent project—a flight of stairs that doubles as a wine cellar. Bored Panda got in touch with Murray for an interview.

Berrill was working on a house project that required the construction of a wine cellar. But instead of doing it the old-fashioned way, he figured he could try to merge it with other parts of the house.

“I hate dead space and my clients love wine,” explained Murray the inspiration behind the idea. He also added that dead space doesn’t add any value to a home and is practically paying for nothing.

The staircase features insulation, temperature tracking, and 12 drawers that can fit up to 156 bottles of wine 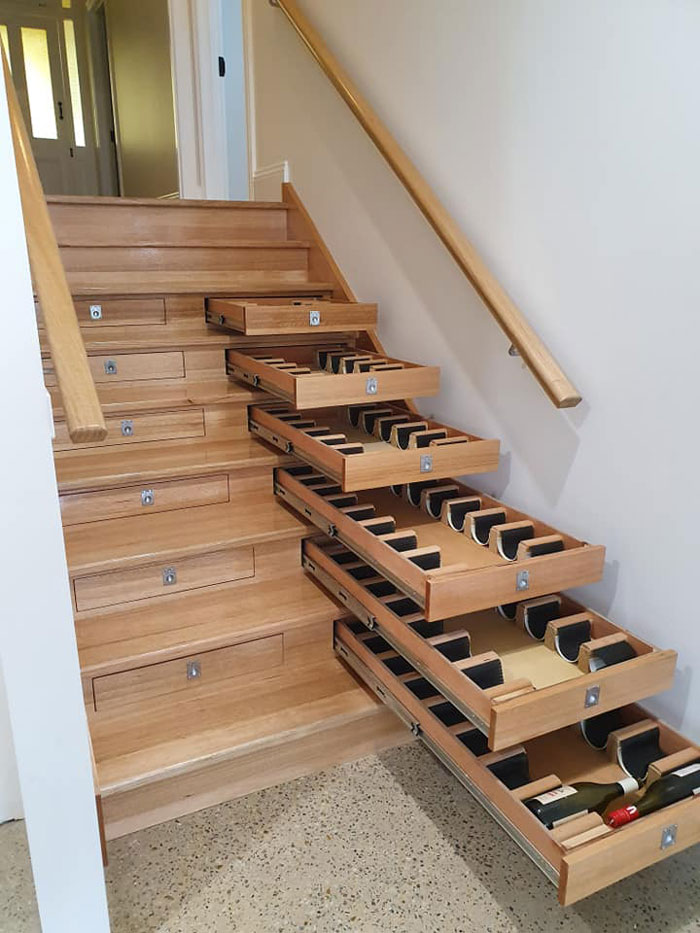 The stairs feature 12 widened and extended drawers equipped with bottle holders. It is possible to fit a total of 156 bottles of wine throughout the entirety of the stairs. In fact, it looks like bottles of anything can be stored inside, as long as they fit the holders.

Murray had to work out a lot of details in his design. Not only did the drawers have to be wide enough to fit the bottles (in two juxtaposed rows), but the stairs themselves had to be structurally strong enough to function as stairs, all the while also doubling as a wine cellar.

However, as many household projects go, this one came with its own challenges. Murray explained that maintaining structural integrity was the hardest part, but certainly not impossible: “There is a stud wall from the concrete slab to underneath each tread that runs down the middle of the stairs. An elephant could walk on it. That’s also where the draw slides are fixed so that the draws are anchored to the slab to minimize vibrations.”

Fun fact: the drawers themselves were acquired from Bunnings Warehouse, a hardware store chain in Australia (and beyond), for $500 as they were of wide dimensions, along with a number of other materials needed to build the stairs.

The flight of stairs is well-insulated and also comes with its own thermometer to track the temperature. Murray also has thoughts of installing some equipment that would keep the wine cool during the hotter seasons of the year. It took around a week and a half to build.

The project is said to cost $5,000 and can actually be used to store a number of things other than alcohol 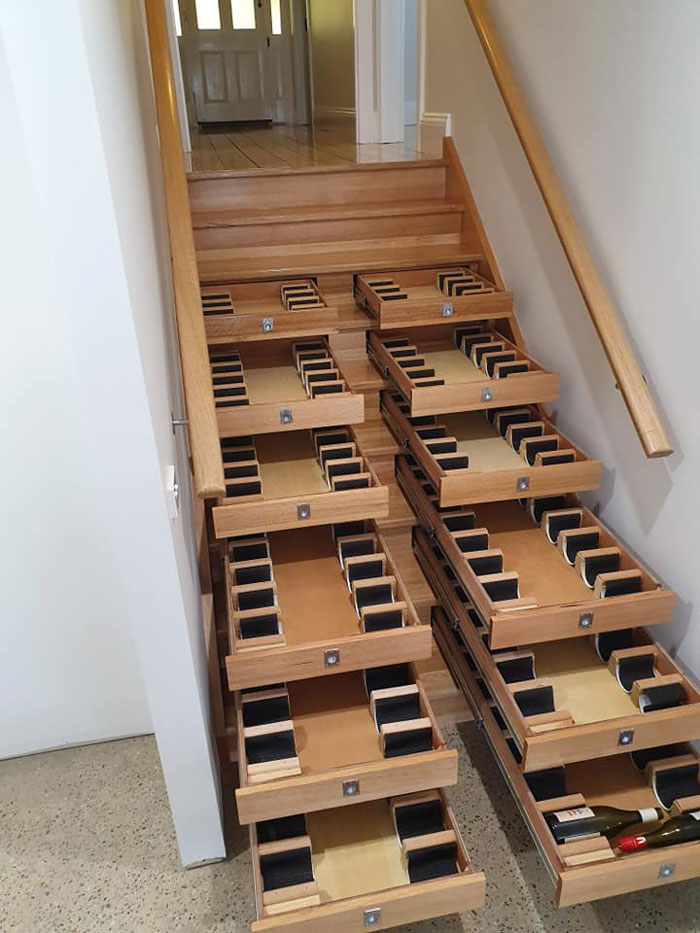 It wasn’t long until the photos caught the attention of a number of wine lover and DIY groups on Facebook, including the Bunnings Mums Australia Facebook group, which has over 115,000 members.

People found this idea to be simply genius, praising the good use of dead space around the house. Some joked that they now need to somehow get $5,000 and try to make a design with more drawers installed.

We asked Murray about any future projects in the vein of wine cellar stairs, and he joked about how he probably won’t ever need any other projects: “By the looks of this going viral, I might be building these for the rest of my life.”

Lastly, we asked if he has any tips for our readers on how to save space around the house. He had this to say: “Small is beautiful. I live in a small cottage to maximize my garden space for my Permaculture garden. So, you get real good at utilizing every bit of space. Necessity is the mother of invention. Just try to think out of the box and avoid dead space.”

What are your thoughts on the wine stairs? What would you rather store inside the drawers? Let us know in the comment section below!

The 14 Best Foods for Hair Growth
Refueling fighter jets mid-flight is complex, but new tech from Airbus could simplify the process
Due To The Coronavirus Outbreak, Japanese Students Had Their Graduation Ceremony In Minecraft
Easy Ways To Make DIY Fake Snow
Facebook
Twitter
Pinterest
Print
Previous articleApple just dropped a surprise new iPhone—and it’s cheap
Next articleDeep fryers to introduce you to the world of at-home donuts and corn dogs
- Advertisment -