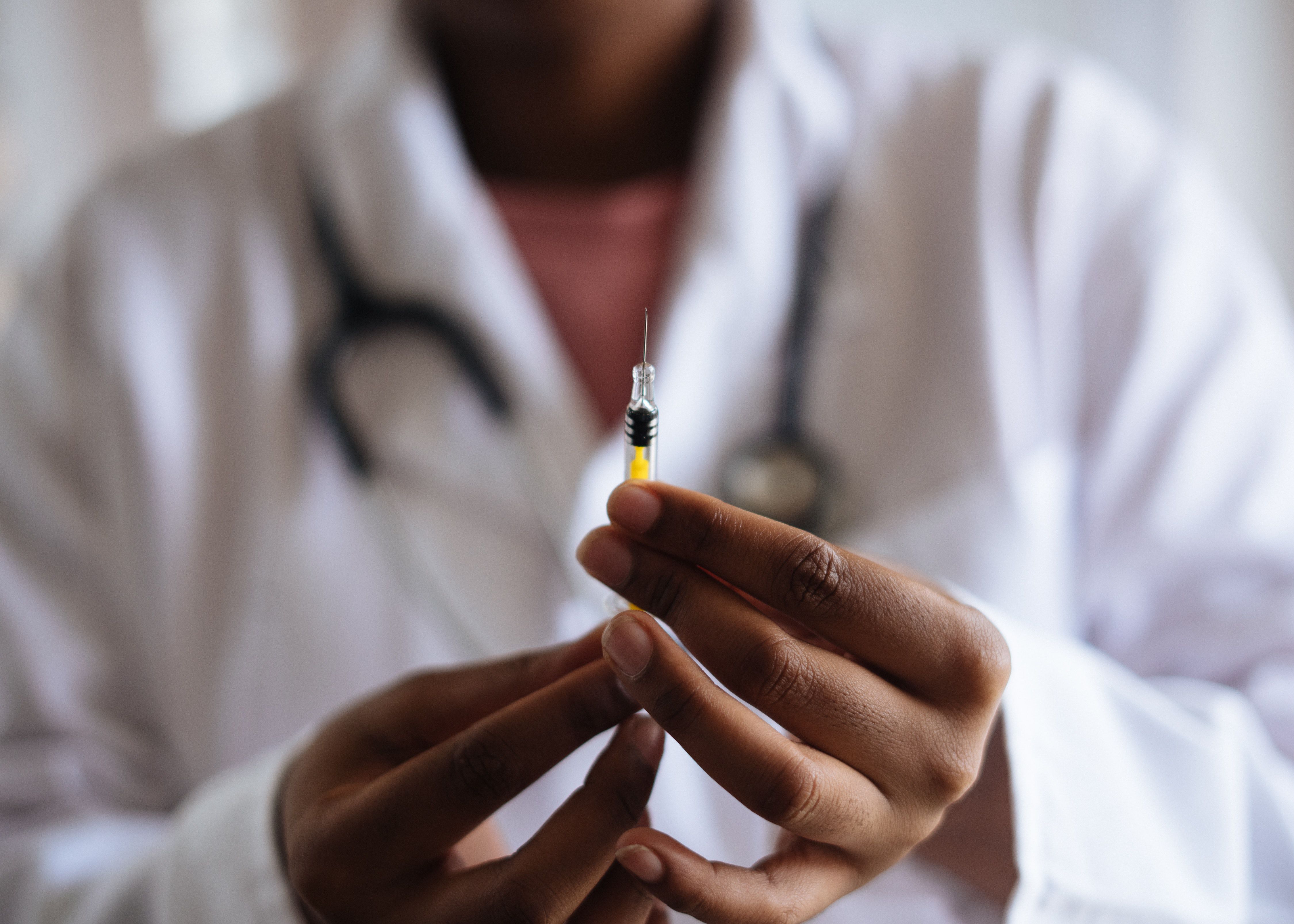 Follow all of PopSci’s COVID-19 coverage here, including tips on cleaning groceries, ways to tell if your symptoms are just allergies, and a tutorial on making your own mask.

As scientists around the world race to develop a vaccine for COVID-19, researchers at Oxford University have now pulled into the lead. The team recently began testing a vaccine candidate in people that—if effective—could possibly become available as early as September, the New York Times reported on April 27. That would be well before any other vaccine effort currently underway is expected to reach the finish line.

The researchers were able to move swiftly because they had already developed a vaccine candidate for Middle East Respiratory Syndrome (MERS), a virulent respiratory disease caused by another member of the coronavirus family. Last year they showed that the vaccine was safe in people and prompts an immune response that lasts for at least a year. In January, the group began adapting the technique to create a vaccine for SARS-CoV-2, the coronavirus responsible for COVID-19.

“This is a promising vaccine candidate,” says Sarah George, an infectious disease researcher at Saint Louis University who is leading a clinical trial for remdesivir, an antiviral that is being investigated as a treatment for COVID-19. “We don’t know if it’s going to work, but the idea is good.”

Most vaccine candidates fail during some stage of testing. It’s therefore plausible—but very far from certain—that this particular vaccine might be available by autumn, George says.

To create their vaccine, the Oxford team genetically engineered a virus that is harmless in people to carry genetic material from SARS-CoV-2. The virus they chose, which belongs to a family called adenoviruses, causes a common cold in chimpanzees. The researchers modified the virus so that it could not replicate in people; this approach has previously been used to test vaccines for more than 10 different diseases, though none has made it to market.

The COVID-19 vaccine—which the researchers have dubbed ChAdOx1 nCoV-19—includes a gene that codes for the spike-shaped protein on the surface of the virus. Similar proteins are found on other coronaviruses like the ones that cause SARS and MERS, and help the pathogens invade our cells. Studies in animals have shown that antibodies the body produces after being exposed to this protein are key for developing protective immunity, George says.

When people receive the ChAdOx1 nCoV-19 vaccine, their cells will use the instructions in the viral DNA to build this spike protein. By training the immune system to recognize this protein, the vaccine prepares it to spring into action should it ever encounter the actual virus. So far, the Oxford team and their collaborators at the National Institutes of Health’s Rocky Mountain Laboratory in Montana have found that it can protect rhesus macaques—which have similar immune systems to people—from developing COVID-19.

One point in the Oxford vaccine’s favor is that people won’t have prior immunity to the chimp virus that will deliver the vaccine’s genetic payload. “People are not going to immediately mount an immune response to the [chimpanzee virus], and that gives the vaccine time to work,” George says.

Another company, CanSino Biologics in China, is developing a similar kind of vaccine, although they are using an adenovirus that typically infects humans rather than chimpanzees. It’s worth noting that other DNA-based vaccines haven’t performed well in human trials for reasons not yet understood, George says, but that doesn’t necessarily mean COVID-19 trials won’t go well.

This approach is appealing because vaccines that include genetic material from the virus they’re designed to protect people from seem to produce a particularly strong immune response. “Our cells are already adapted so that once they see the [DNA] sequence they’ll make a whole lot of the viral protein,” she says. “And the body is going to look at that and say, ‘That doesn’t belong here,’ and raise an immune response against it.”

Because the vaccine exposes the body to a large dose of the viral protein (which cannot cause COVID-19 on its own), it causes a more robust immune response, and the fact that your body is producing it gives it another edge. “Because it’s a protein being made inside your cells it triggers multiple arms of the immune response,” George says. This leads to more enduring protection than some other vaccines can create. Pneumonia vaccines, for example, include pieces of pneumococcal bacteria that cannot reproduce inside human cells. “That will give you some immune response,” George says, “but it isn’t going to be as strong and probably not as durable.”

For the first human trial of the new COVID-19 vaccine, the researchers recruited 1,110 healthy volunteers from around the United Kingdom. Half will be randomly assigned to receive the COVID-19 vaccine candidate; the rest will be given a meningitis vaccine as a placebo. The team hopes to confirm that the vaccine won’t cause side effects any more serious than a sore arm, headache, or mild fever, and show that it induces a strong response from the immune system.

By the end of May, the scientists will begin a larger trial with 5,000 volunteers and follow them over time to see if the vaccine actually prevents people from catching COVID-19. How long it takes to show that the vaccine is effective will depend on how the pandemic plays out. If the United Kingdom’s outbreak of COVID-19 calms down and fewer people in the community become infected over the summer, it will be more difficult to tell how much protection the vaccine offers.

“We need a situation in which some people could have been infected but they weren’t, and other people who had the [placebo] vaccine were infected,” Sarah Gilbert, one of the scientists who designed the vaccine, recently told the BBC. “So that might take a long time if there’s not very much virus transmission.”

Before a vaccine can be licensed, its creators must show that it is both safe and effective. Normally, this involves first testing the vaccine in animals and then performing three rounds of clinical trials in people—a process that can take 10 years or more.

But these aren’t ordinary circumstances. Heading straight from an initial, or phase I, trial for a vaccine into larger field tests has been done before, during the Ebola outbreak in 2014. Now, George says, this approach could allow COVID-19 vaccine developers such as the team at Oxford to test their candidates more quickly than would otherwise be possible. The researchers have already partnered with several pharmaceutical companies to prepare to launch mass production if their vaccine does prove to be effective.

More than 90 different vaccines for COVID-19 are under development in labs around the world, and at least six have moved into human trials. The more vaccines we can test, the greater the odds that one—or better yet, several—will turn out to work. At that point, vaccines would likely be given first to people who are especially vulnerable to becoming seriously ill from COVID-19, including the elderly and those with underlying conditions.

“We’re not going to get this virus under control until either we get a vaccine or it infects 80 or 90 percent of the population, and the latter is an outcome we don’t want because a lot more people will die,” George says. “In the meantime, we have to maintain social distancing and try to protect each other…because right now it’s all we’ve got.”

The best vocal microphones for home recording
This Woman Turned Her Front Porch Into A Giant Cookie Monster For Halloween
This Indie Rock Band Spent 3 Years Building An Incredible 20-Piece Hybrid Instrument To Be Played By...
How To Choose The Right Blonde Hair Color For Your Skin Tone
Facebook
Twitter
Pinterest
Print
Previous articleRefueling fighter jets mid-flight is complex, but new tech from Airbus could simplify the process
Next articleAll the backyard and driveway hockey gear you need
- Advertisment -