Home DIY Wacky weather punched a new hole in the ozone—and it could happen...
DIY 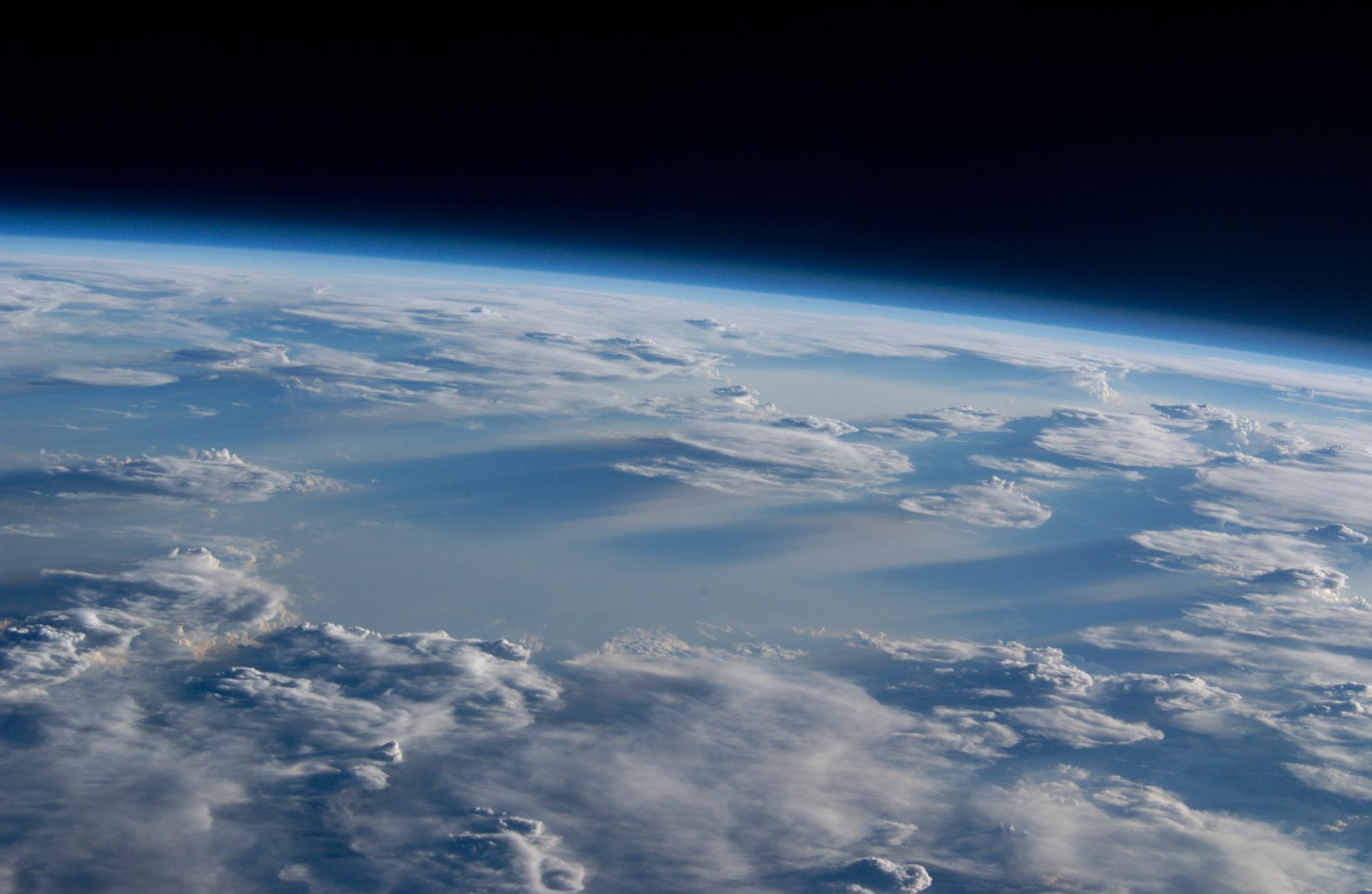 The Earth’s atmosphere has an ozone-dense slice that prevents most UV radiation from seeping through. (NASA/)

Jeremy Deaton writes for Nexus Media. You can follow him @deaton_jeremy. This story was published in partnership with Nexus Media, a syndicated newswire covering climate, energy, policy, art, and culture.

You may have heard about the hole in the ozone layer, which hovers over Antarctica. It’s shrunk over time thanks to policies that curbed the use of ozone-depleting chemicals. In the nearly 40 years that NASA has kept track, it has never been smaller. That’s the good news.

The bad news is that a separate hole in the ozone layer briefly opened up in the Arctic in March before closing in April, and climate change may be partly to blame.

This isn’t the first such rift to develop in the Arctic, but it is the largest. Scientists say that in March, a stratospheric polar vortex—a band of strong, frigid winds circling the pole—corralled chlorine and bromine from polluted air and chewed away at the ozone layer. Weather patterns triggered by climate change likely set the stage for the reaction.

“In those years when a vortex can spin and set itself up and be undisturbed, it’s getting colder and colder,” says Ross Salawitch, a climate scientist at the University of Maryland. Cold air strengthens polar vortexes, allowing them to deal more damage to the ozone layer, he says.

This year’s Arctic polar vortex was unusually strong and long-lived, helping to deplete the ozone layer. At the same time, currents that would normally deliver oxygen molecules from surrounding areas were stagnant. But the bruising was far less severe than what’s typically seen over the South Pole, where stratospheric polar vortexes are reliably strong and the ozone layer thins out regularly.

In a stratospheric polar vortex, high-altitude clouds form from trace gases in the atmosphere. When pollutants containing chlorine and bromine run into one of these clouds, they transform into chemicals capable of terrorizing the ozone layer.

They still need sunlight to do their dirty work, however. That comes at the start of spring—around September in the Southern Hemisphere and around March in the Northern Hemisphere. As the days get longer, these chemicals react with sunlight to deplete stratospheric ozone.

Because Antarctica is so isolated from the rest of the world, a strong polar vortex can form undisturbed. That’s not the case in the Arctic, where the mix of land and water surrounding the North Pole produces more dynamic weather that can weaken or disrupt a polar vortex.

Ozone holes rarely form at the North Pole—the last one appeared in 2011—and they’re typically short-lived. But what happens in the Arctic doesn’t stay in Arctic: As a result of the damage, the ozone layer is now a little thinner everywhere else. While it will repair itself over time, the recent polar vortex has likely slowed the recovery.

At the South Pole, the ozone layer tears open yearly. Scientists first discovered the Antarctic ozone hole in 1985 and determined that it was caused by chemicals containing chlorine and bromine. These include chlorofluorocarbons, which are found in air conditioners, refrigerators, and spray cans, halons, which are found in fire extinguishers, and methyl bromide, which is used to kill weeds, insects, and other pests. The discovery was met with alarm, as the ozone layer filters out dangerous ultraviolet radiation, helping to sustain life on Earth.

“If there was no ozone layer, the ultraviolet radiation would sterilize the Earth’s surface,” says Paul Newman, chief scientist for earth sciences at NASA’s Goddard Space Flight Center. “Crop yields go down as ultraviolet exposure goes up.” In humans, ultraviolet radiation can cause skin cancer and cataracts, and can weaken the immune system.

To restore the ozone layer, in 1987, countries adopted the Montreal Protocol to stem the use of ozone-depleting chemicals. It worked. Over time, the hole grew smaller and smaller, and the ozone layer began to heal. Scientists expect it to be fully restored in another three or four decades.

“The temperatures in the stratosphere will probably be decreasing somewhat, so that may slow down the recovery of the ozone layer,” Manney says. “We have this situation in the Arctic, where we have had a couple of winters in the last couple of decades that have been much colder than usual.”

Newman, however, believes that falling temperatures do little to deplete the ozone layer. He’s more concerned with how climate change will alter currents that replenish Arctic ozone or break up the Arctic polar vortex.

“We don’t really see a strong cooling of the Arctic stratosphere,” he said. “The question in my mind is rather, ‘What is the impact of climate change on these large-scale weather systems?’ ”

Salawitch says that it’s difficult to determine what, exactly, the future holds for the ozone layer in the Arctic. Models disagree as to how much or how fast temperatures will change at the North Pole, or what that means for weather systems. Some say Arctic ozone will continue to thin, while others project a speedy recovery.

Researchers emphasize that the recent ozone hole in the Arctic would have been substantially worse had countries not taken steps to curb pollution. They said the episode speaks to the importance of the Montreal Protocol.

“We do have to keep in mind that the Montreal Protocol was very successful in getting the world to stop emitting these chlorofluorocarbons. The ozone layer is starting to recover,” Manney says. “It’s a remarkable success story.”