Elder sisters are amazing! They let you borrow their stuff (or not), they protect you from all the bullies at school, and they impart their wisdom (mostly uninvited) whenever they get a chance. That’s just one side of the story because elder sisters can be annoying bullies themselves and might call on you for every little thing you do. There are days when you both can’t stop talking about your favorite movies and there are days when you want to pop each other’s eyes out. It’s the same old sibling story everywhere. But we’re grateful that we have them in our life no matter what, aren’t we? Because once in a blue moon they do cover up for your mistakes, let you use their makeup, listen to your boring stories, and clean up your mess.

If there’s anyone who can love you the way your mom does, it is your elder sister. She might not behave the same way sometimes (if “sometimes” is 24×7), but deep inside, you know she cares about you and you love her more than any friend you ever had. So, as a thank you, here are 10 memes to share with your sister that are totally meant for her. Also, it will help you annoy her even more (devil smile)!

1. When You Realize She Could Be Pretty 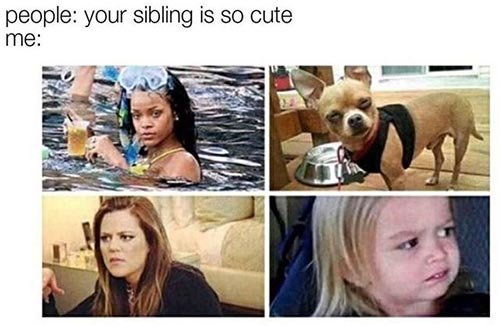 Isn’t it weird when someone comes up to you and says, “Wow, your sister is pretty?“ The weirdness is double when it’s a guy and he actually thinks she’s attractive. You may have never thought of her more than a potato wearing makeup.

2. Bribery Is Not Gonna Work 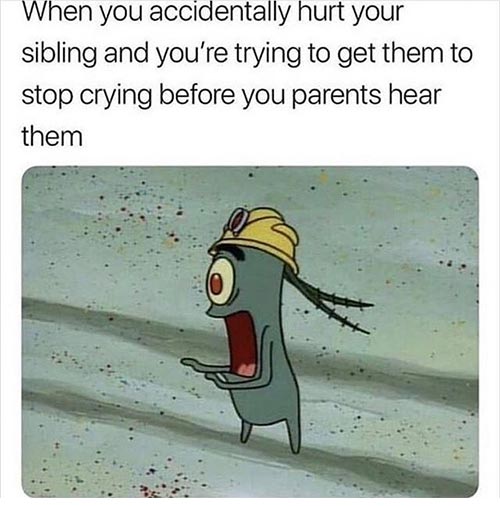 Yep. They’ve done it! Elder siblings often bully the younger ones and behave like saints when their parents walk in. Well, sometimes it’s the other way around too. Especially, when the one who gets hurt starts wailing like an ambulance, they try to hush things down and maybe even offer bribes!

3. I Wanna Wear What She’s Wearing 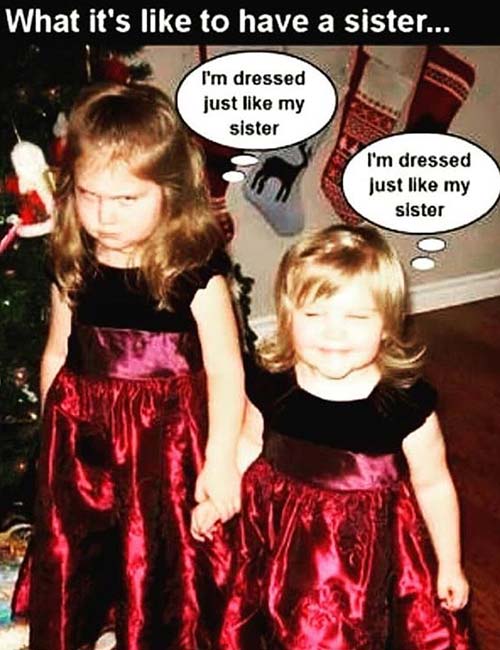 The younger ones always want to imitate their elder siblings and they want everything their elder sister or brother has. In a very irritating way, younger siblings become their first ever “fan” and try to wear the same clothes and talk the same way they do. Awww, isn’t it adorable? (your elder sister may want to disagree). 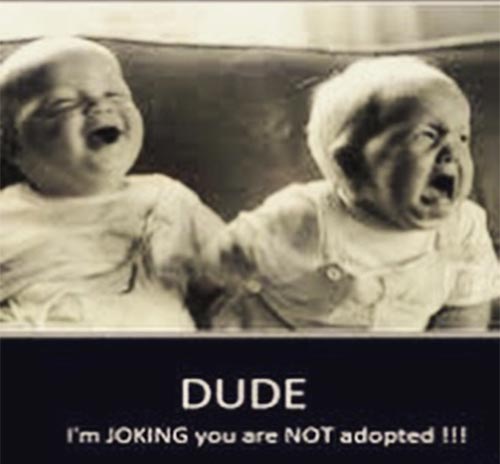 This is a typical elder sister/brother joke that they try to pull on the younger ones (how mean). They act as if they know everything about where you came from and might say that you’re adopted, to annoy you. Some of us did actually believe them when they told us that the family found us outside the door or on a bench in the park (*sobs*)!

5. Please Sis! I’ll Clean Your Room For A Week

After days and days of pleading and pleasing, your elder sister finally agreed to help you create a Facebook account! While today’s tech-savvy kids may not relate to this meme very well, the 90s kids will surely do. The terror that younger siblings usually are, often become mysteriously well-behaved during such instances.

If you’re a younger sibling you’d probably relate to this meme very well. You may or may not feel guilty, but you surely would have done something like this before. The moment your sister walks in with shopping bags, you’re more excited than anyone else to check what’s inside. This is because secretly you believe in “what’s yours is mine” when it comes to your sister’s stuff.

In some cases, you won’t even feel like asking if you could borrow your sister’s stuff. Well, either it’s because you ask that question too many times in a day or because you’ve lost or damaged things that you’ve borrowed before. So, when you know she’s not going to give you what you want, you just take it and handle the aftermath later. It’s simple, and you know nobody’s gonna put you in jail for that.

8. I Want The Better One 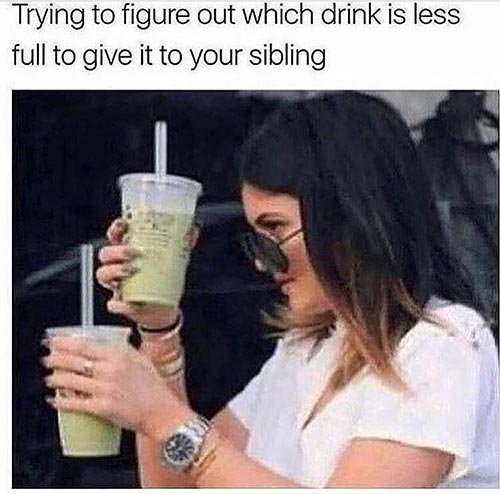 This is something that we’ve all done. A detailed inspection of drinks, candy bars, and toys have to be done before you share them with your sibling. To ensure that you get the better one, you weigh it, maybe check every inch of the packaging and write down a detailed comparison chart inside your mind before making a decision.

9. I Have A Chameleon At Home 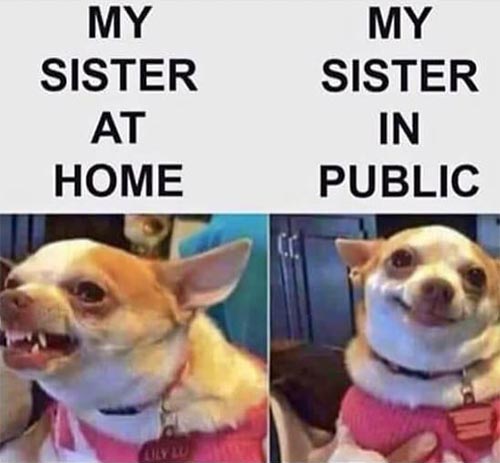 When your sister behaves all sweet and polite in public or when friends and relatives come over for dinner, you wonder how people can change. This is the exact depiction of how your sister is like when she’s at home and how different she is when she’s out. It’s like the sun and the moon, isn’t it?

No matter what is going on between you and your sister, when a third person meddles in between and tries to hurt her, you’re all ready to hulk up on them. You would forget that she had tried to kick you off the chair and stolen your favorite book in lesser than a second when she’s sad and needs help.

Elder sisters are annoying but the younger ones are equally annoying. Probably for the parents, it’s like being torn between two completely different worlds. Nonetheless, you love your sister and she loves you more. You’re probably going to be this way until your hair turns grey and all your teeth fall off. That’s the beauty of sibling relationships — it‘s forever! How did you annoy your elder siblings and what was their way of “paying back?” Share your stories with us in the comments section below.