Lime partially suspends its scooter service due to coronavirus 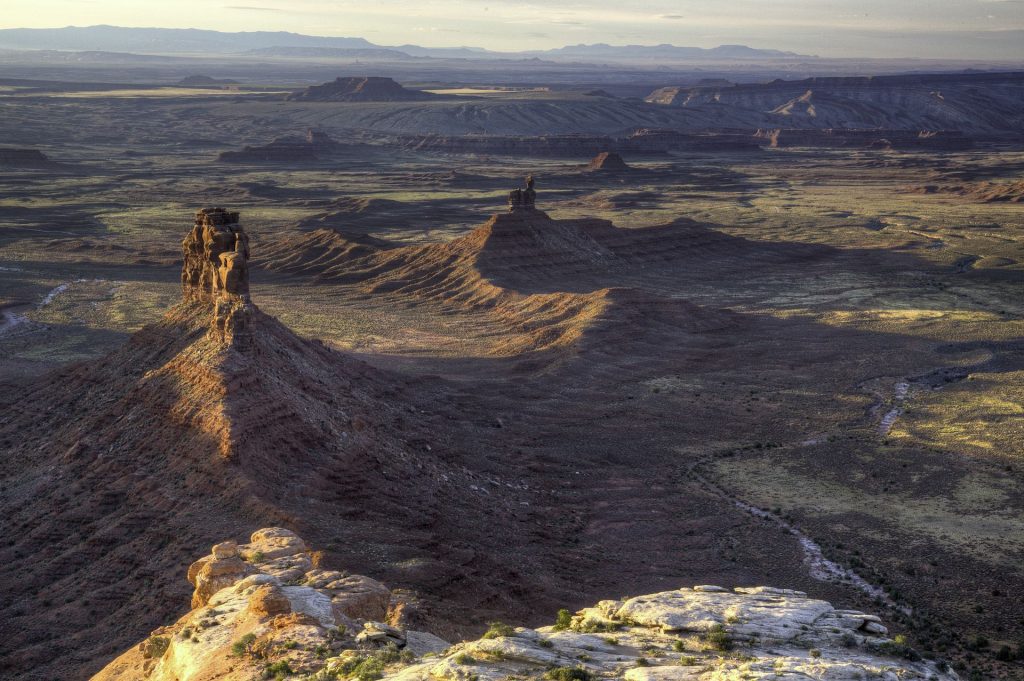 An aerial view of the Valley of the Gods, an area that used to be in the Bears Ears monument, but was cut out in 2017 (Bureau of Land Management/)

When President Trump declared plans to downsize Bears Ears and Grand Staircase-Escalante national monuments in 2017, supporters of the decision claimed that the monuments could harm the industries that nearby communities relied on. After Bear Ears’ original designation, residents of adjacent counties had worried about the impact on mining and ranching.

However, a new economic analysis published Wednesday in Science Advances finds that monuments give more to a community than they take away. In fact, there’s no evidence that they’ve really taken away any jobs.

Public lands management is inherently a balancing act. In the West, more than 50 percent of lands are federally owned. Across most of this area, the Bureau of Land Management and Forest Service work to conserve natural resources while allowing recreation and industry to also use the land. Monuments are a bit more strict; their designation allows existing oil and gas leases to continue, but halts expansion. That’s why some argue that they can hurt local economies.

At the same time, more visitors flock to the newly-protected area to hike, mountain bike, and ride their ATVs, hitting up the local restaurants, stores, and hotels en route. And more Americans are enjoying public lands than ever. Between 2000 and 2018, visits to national monuments nearly tripled, according to a report by the Center for Western Priorities.

With interest in and conflict over national monuments high, Margaret Walls, a senior fellow at Resources for the Future, a nonprofit research organization focused on natural resources, was interested to see what the effect on local economies was. She and her team focused on eight western states: Arizona, Colorado, Idaho, Montana, Nevada, New Mexico, Utah, and Wyoming. The economists used detailed data, down to the level of individual businesses, for zip codes within 25 kilometers (16 miles) of 14 monuments between 1990 and 2015. They also included communities outside that boundary as controls. Across that time period, they analyzed how the creation of national monuments correlated with jobs, wages, and the growth of various industries. 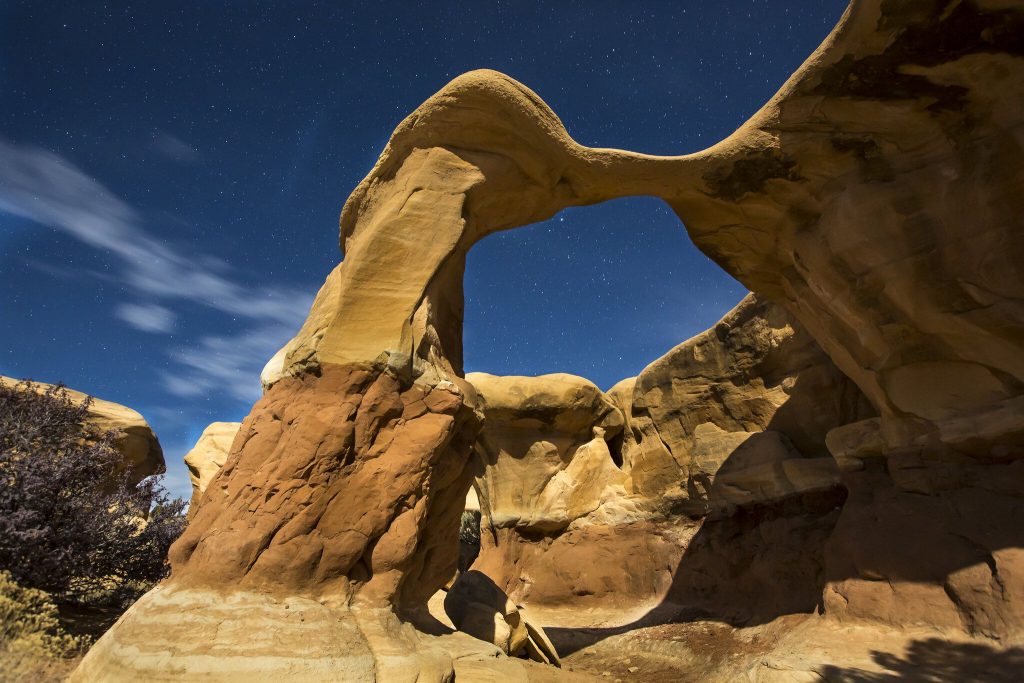 Compared to the control communities, towns that got a nearby monument saw an average increase in the number of establishments of 10 percent, and an increase in jobs of 8.5 percent. Monuments had no significant effect on wages—an important point, since opponents of expanding monuments argue that higher-paying industry jobs will be replaced with lower-paid service positions. Industries that benefited included hotels, health services, real estate, and construction. Meanwhile, other industries—including mining, ranching, and forestry—appeared unaffected by monuments. “We found a lot of positive effects,” says Walls. “It’s easy to draw the wrong conclusions when you just look anecdotally [at one community] or you just look at trends.” But averaged across the eight states, monuments have proved to be a net benefit.

While certain extractive industries, including coal, are indeed stagnating in the West, Walls says her findings show that it’s not due to monuments. Instead, these public lands offer communities another source of much-needed revenue: recreation dollars.

Based on the statistical relationship she calculated between monument designation and economic growth, Walls also estimated how shrinking monuments could hurt economies. Her back-of-the-envelope calculation, included in the new study, estimates that the shrinking of Bears Ears and Grand Staircase-Escalante could have resulted in the loss of 700 jobs.

“I think this shows it is possible to have multiple industries within these landscapes at the same time, and the addition of outdoor recreation and tourism is a net benefit,” says Jordan Smith, director of the Institute of Outdoor Recreation and Tourism at Utah State University, who was not involved in the study. “It leads to new questions about how these two industries [of extraction and recreation] can survive … and how communities can negotiate these different identities.”

Smith says that a lot of communities are currently enveloped in an identity conflict. Since their inception, residents have thought of themselves as belonging to mining or forestry towns, and are now having to shift to a more tourism-dominated economy. “A lot of these communities are open to that,” says Smith. “But they don’t know what that means and how they can mitigate the common negative impacts.”

Among those negative impacts is the fact that a lot of tourism jobs are service positions whose demand fluctuates throughout the year. When many Americans take vacation during the summer, national monument towns might make good business, but during the winter businesses may close as visitors dwindle. Smith says that now, rural West recreation towns like Moab, Utah are having to think about how to provide diverse amenities to visitors so that they continue to visit in winter.

Ensuring a stable tourism industry is indeed a challenge. The current COVID-19 pandemic shows just how precarious that reliance on visitors is. Utah health officials are currently urging travellers to stay away from Moab for fears that the virus will overwhelm the city’s limited health services. Any place reliant on tourism is in danger of serious economic downturn when a pandemic or natural disaster strikes. On Wednesday, the U.S. Travel Association published a report that found that, by the end of April, the country’s travel sector will lose 4.6 million jobs due to the coronavirus outbreak.

At the end of the day, however, the new analysis shows monuments aren’t harming other industries. With that argument laid to rest, Walls hopes Americans instead focus on why the monuments were designated in the first place. “We’re designating them because we think they have cultural and historic values,” she says. “They’re sites that have Native American artifacts or ruins, or they have really significant geologic or scientific resources. That’s why we’re doing this.”

Essential Meal Prep Staples to Keep in Rotation
6 essential Instant Pot accessories that let you cook literally everything with it
What Your Zodiac Sign Says About Your Style
Organize Your Kitchen Once and For All with This 1-Day Container Store Sale
The Best Keto Costco Buys
The Most Romantic Valentine’s Day Cocktail Ingredients
Friday Food Finds: Snickers & Twix Milk, Sake-To-Go, New Ben & Jerry’s, and More!
SHOP