This story originally featured on Motorcyclist.

Raw and thrilling, the sound of combustion is an inextricable part of the appeal of motorcycles. Asked to opine on the best-sounding bikes of all time, the staff of the Barber Motorsports Museum in Birmingham, Alabama, was more than happy to wax poetic on their favorites. (Watch the video above to hear all the listed models on the track.) 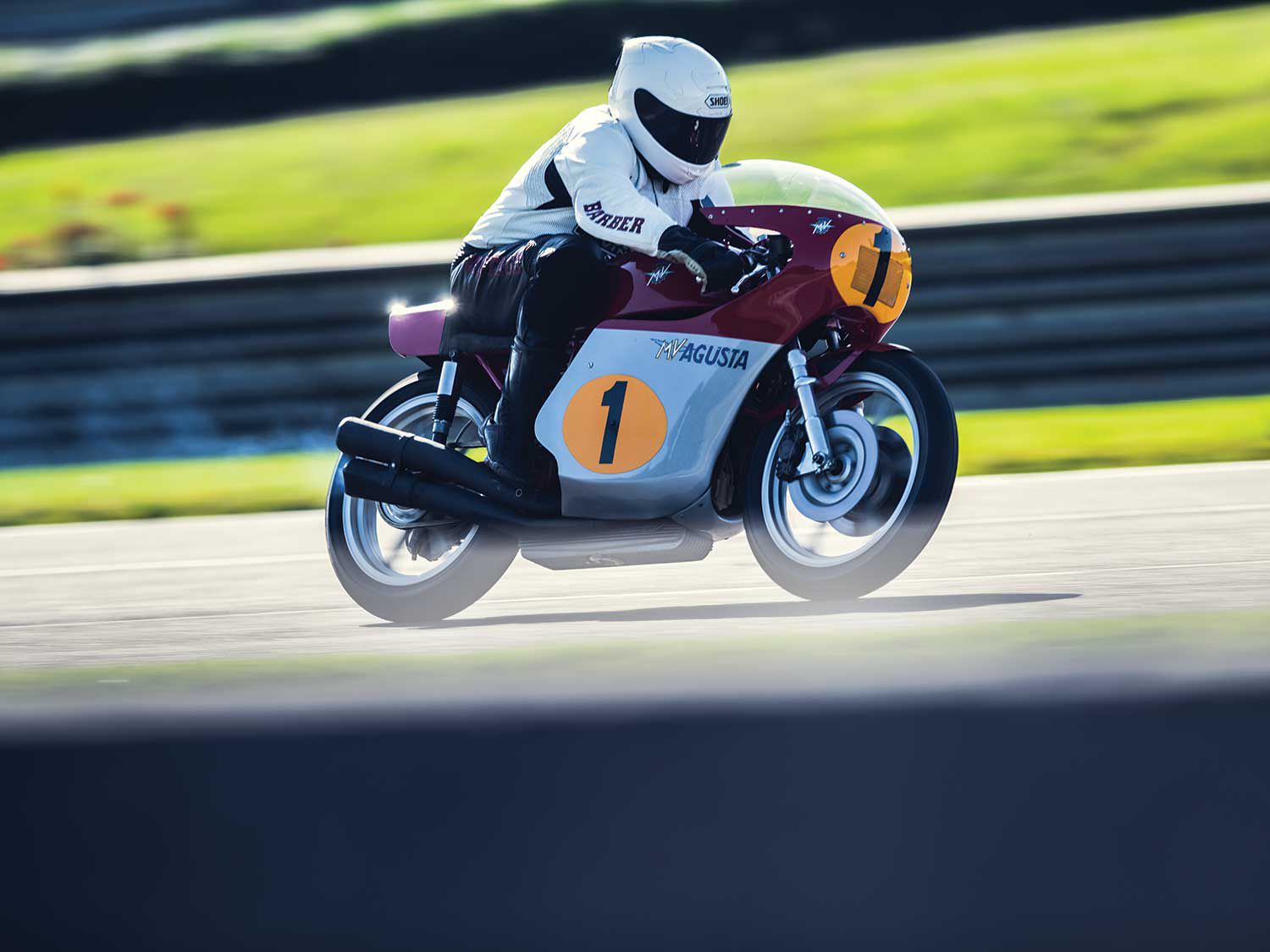 The MV Agusta 500 four-cylinder was the MotoGP bike of its day, says Chuck Honeycutt, lead restorer at the Barber Vintage Motorsports Museum. He wrung out a 1973 version on Barber’s track, offering a now-rare chance to hear the operatic howl it blasts through its four trumpet-shaped exhaust pipes. The sound drills into your chest and consumes your being like a spiritual assault. It seems natural to ascribe such a sound to one of Richard Wagner’s warlike Valkyries. But this is an Italian bike—Verdi is the only way. The MV’s dramatic mezzo-soprano blast recalls Amneris cursing the priests who have condemned her beloved to death at the end of Aida. 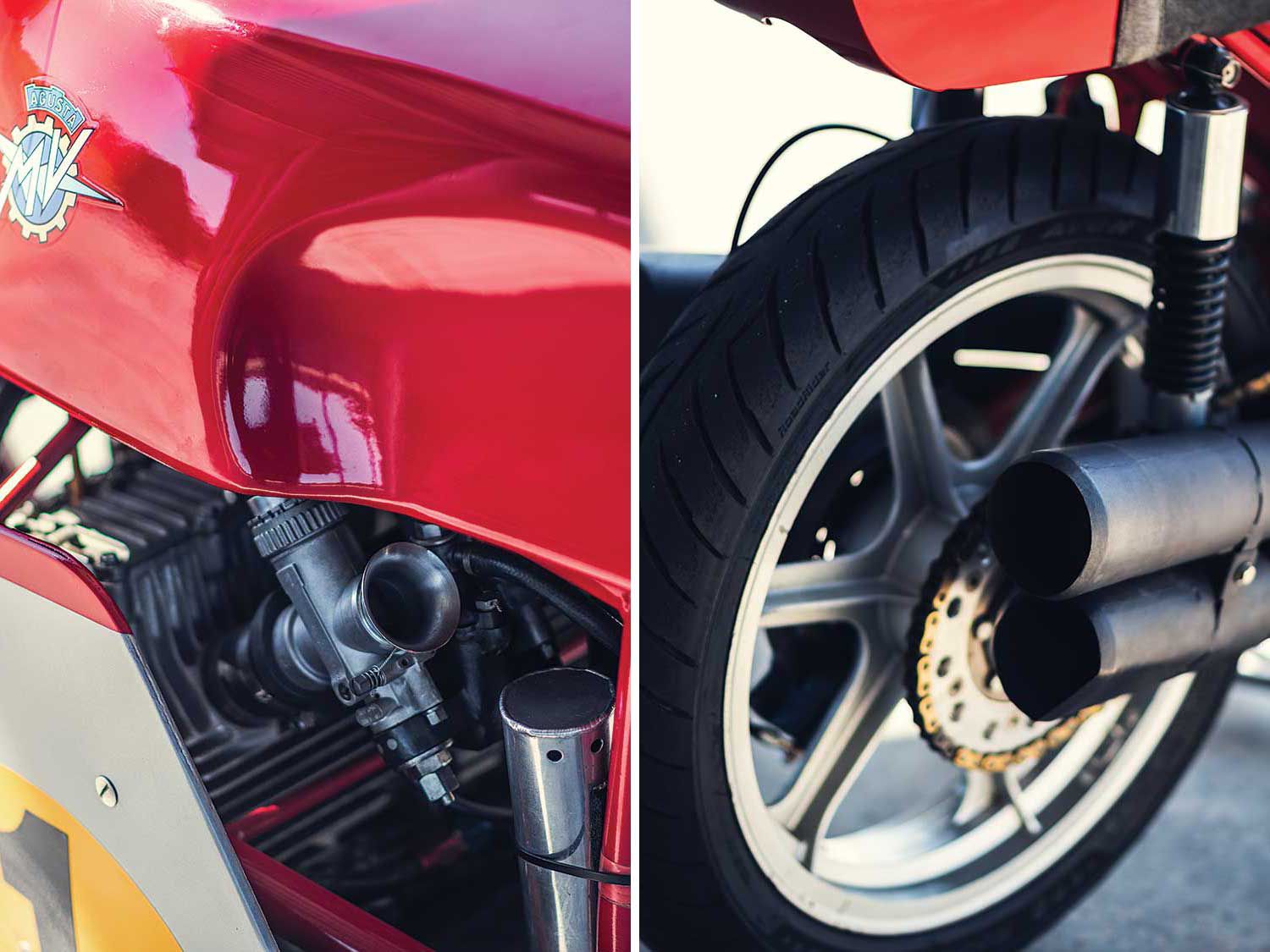 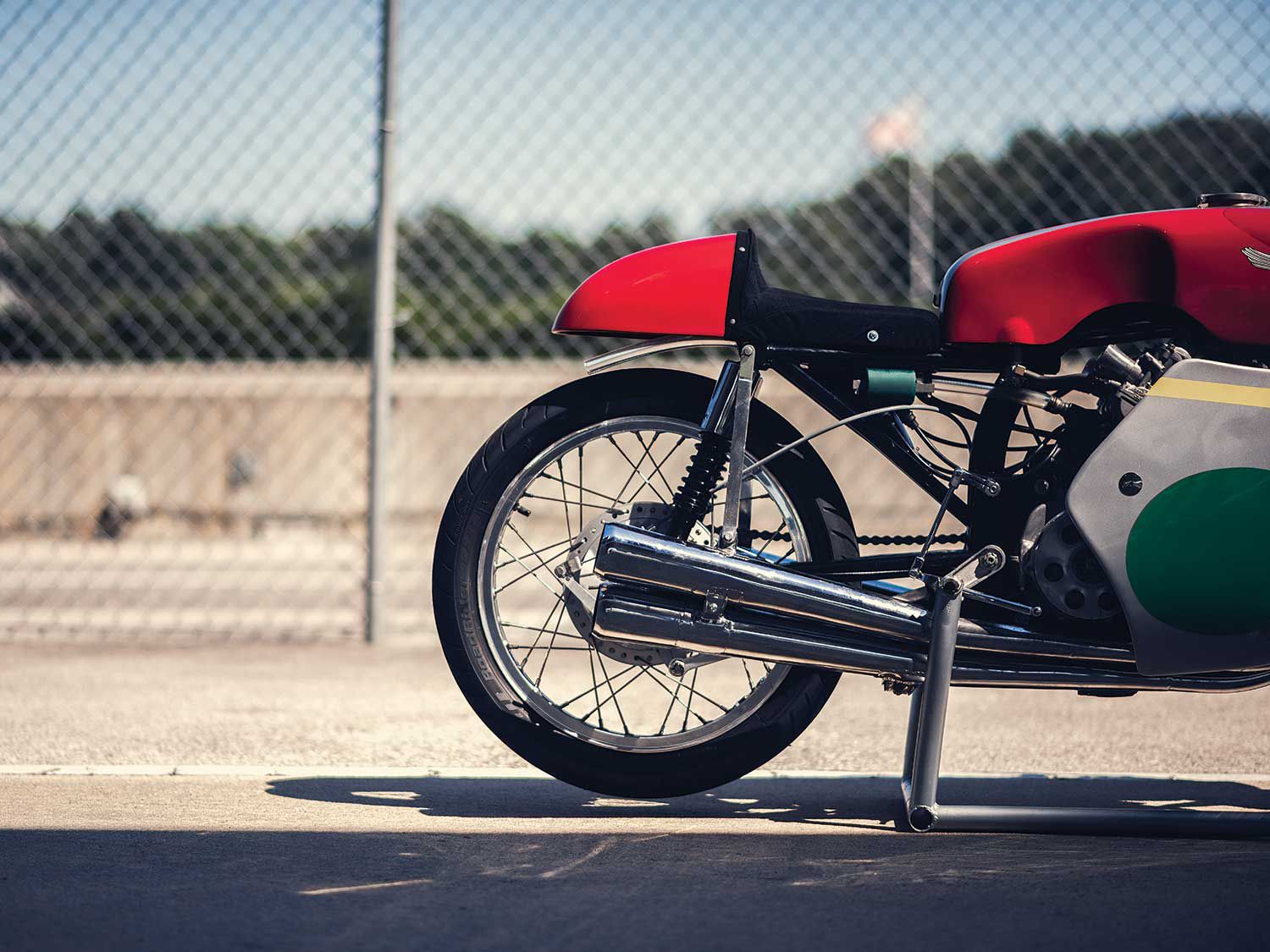 If the MV Agusta sings a mezzo-soprano note, then the 250cc Honda RC161 could occupy the soprano role. As Honeycutt flung Barber’s RC161 around the track, the amount of noise wrung from so small a bike defied logic. The RC161’s blood-curdling shriek was once a familiar sound to roadracing fans. Revving out to 14,000 rpm, the DOHC inline-four-cylinder made a case for the then-novel engine layout as it finished second in the 1960 constructors championship.

In 1960, Honda’s RC161 finished second in the constructors’ championship. (Motorcyclist/)

This 1974 Seeley-Kawasaki is powered by a two-stroke H2R 750cc inline-three with a Colin Seeley-produced chassis. (Motorcyclist/)

The Barber museum’s 1974 Seeley-Kawasaki is an odd duck. For starters, it’s about as much Kawasaki as Robocop was Alex Murphy. It has a Kawasaki H2R 750cc three-cylinder, two-stroke race engine, but the chassis is Colin Seeley’s creation. The Kawi guts—and the exhaust system in particular—give this bike its unique angry chainsaw sound. Long, narrow exhaust exit tubes, or “stingers,” add a growling edge to the racket. It’s a name that makes sense; the sound stings the eardrums after a fashion.

In comparison to the three- and four-cylinder bikes, the single-cylinder-powered 496cc Matchless G50 produces a unique, yet still formidable racket. (Motorcyclist/)

There’s a reason people refer to big singles as thumpers, and the Matchless G50 is a perfect illustration of this phenomenon. One of the premier racing bikes of the early 1960s, the G50 is somewhat slow by today’s standards. But it kicks up a hell of a racket as it eases up to speed on straightaways, and the thut-thut-thut-thut-thut it makes while decelerating is formidable too. Even its idle penetrates the air with a fast succession of whacks, and bystanders in the vicinity feel like they’re being hit in the chest with the flat end of a shovel at engine speed.

Plug your ears, as the sound emitted from this quartet of vintage machinery is enough to make the hairs stand up on your arms. (Motorcyclist/)

The Britten V1000 is a testament to the ingenuity of a person who cares about the final product. (Motorcyclist/)

When the Britten V1000 first appeared on the racing scene—at the 1992 Battle of the Twins in Daytona—no one heard it coming. But like fellow New Zealander Burt Munro and his famous Indian, John Britten, the guy who had hand-built the thing in his shed with some friends, emerged from Kiwi backyard obscurity and astounded factory teams with the bike’s power and capability. The V1000 won lots of races in the early 1990s. Britten built 10 of them, one of which was purchased new by George Barber. The bike’s exhaust note isn’t likely to drown out the competition, but its over-square 1,000cc 60-degree V-twin—which is also handmade and cranks out more than 160 horsepower—makes a lovely, silky sound. And mercy, is it ever fast.

It certainly isn’t the loudest of the group, but we love the silky sound of this Britten’s 1,000cc 60-degree V-twin. (Motorcyclist/)