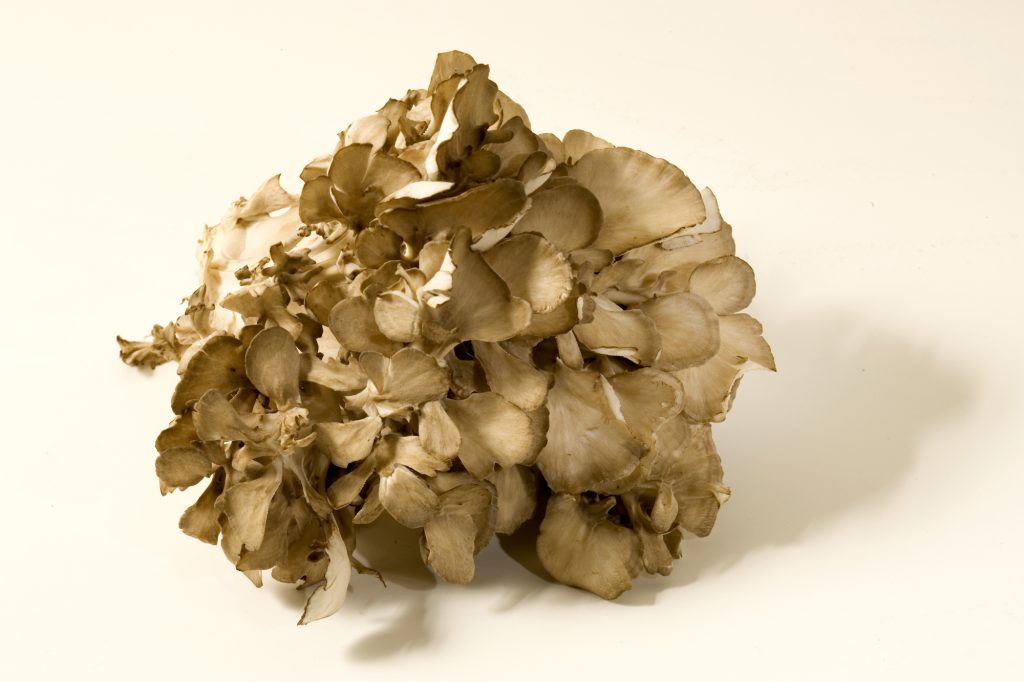 With a little knowledge about when, where, and how, you too can forage like a pro this autumn, and reap some mighty tasty benefits.

Ever since the words New Nordic Cuisine became a part of our culinary lexicon, foraging emerged as the most popular activity attached to this concept. New Nordic Cuisine focuses on cooking in a contemporary way while incorporating the principles of sourcing locally and adhering to a region’s traditions.

The good news is that foraging isn’t an activity reserved for rockstar Nordic chefs sporting fluffy beards and leather and tweed aprons. Foraging is something any home cook can do with a little know-how about how to forage what’s in season around you.

Foragers should be sensitive to the environment that surrounds them. Do not over-forage in order to leave some behind for others and for the earth and also be sure that the area where you’re foraging has not been sprayed with pesticides or is contaminated with other chemicals. Tread lightly and do not pull the plant out by its roots. Also be cautious about the ingredients you’re foraging because toxic berries, mushrooms, and other items sometimes look very similar to those that are benign. Bring an identification book with you until you get to know what you’re foraging by sight and smell alone.

What to Forage for This Fall

There is something available to forage during every season of the year. Whether you live by the seaside, in the mountains, or in a cooler or warmer temperature zone will determine what is available for foraging. Here are seven ingredients that are available this fall in many regions of the United States and Europe. Tread lightly, be cautious, and happy foraging.

Many mushrooms are abundant for harvesting from the woods in fall, but you should never take your chances if you’re not 100 percent sure what you’re picking (so do rigorous research, or enlist the help of a seasoned mushroom hunter—or both). Maitake mushrooms, which grow on oak trees, are not only one of the most prized varieties, but one of the safest to forage, since they don’t really have dangerous look-alikes. They can be hard to spot since they blend in so well with bark and foliage, and some specimens can reach massive cluster proportions (up to 100 pounds), but they’re worth the work. They’re also called “hen of the woods,” but are not the same as bright orange “chicken of the woods” mushrooms (which are also wonderful, but a bit trickier to forage, since some extremely dangerous fungi look very similar to them).

This knife is sharp and agile with a brush for removing dirt from around a mushroom without damaging. 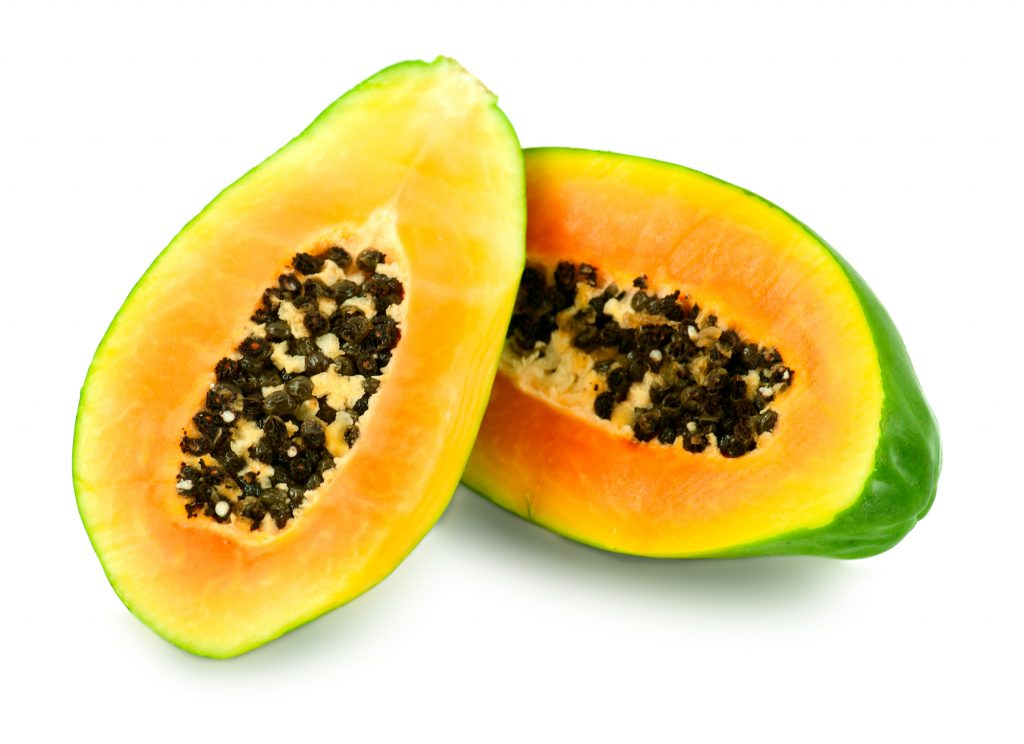 Pawpaws never seem to get their due. The fruit born from the pawpaw tree was so appreciated by Thomas Jefferson that he planted them abundantly at Monticello and even had their seeds shipped to France when he was a minister there. Native Americans have always appreciated the pawpaw fruit, which is native to the United States and grows throughout the southern, eastern, and Midwestern states. They are high in antioxidants, have a creamy mouthfeel with a slightly tangy flavor and are lovely in pies, breads, stir-fries, or enjoyed on their own.

Related Reading: 9 Foods That Have Been Renamed So You Actually Want to Eat Them 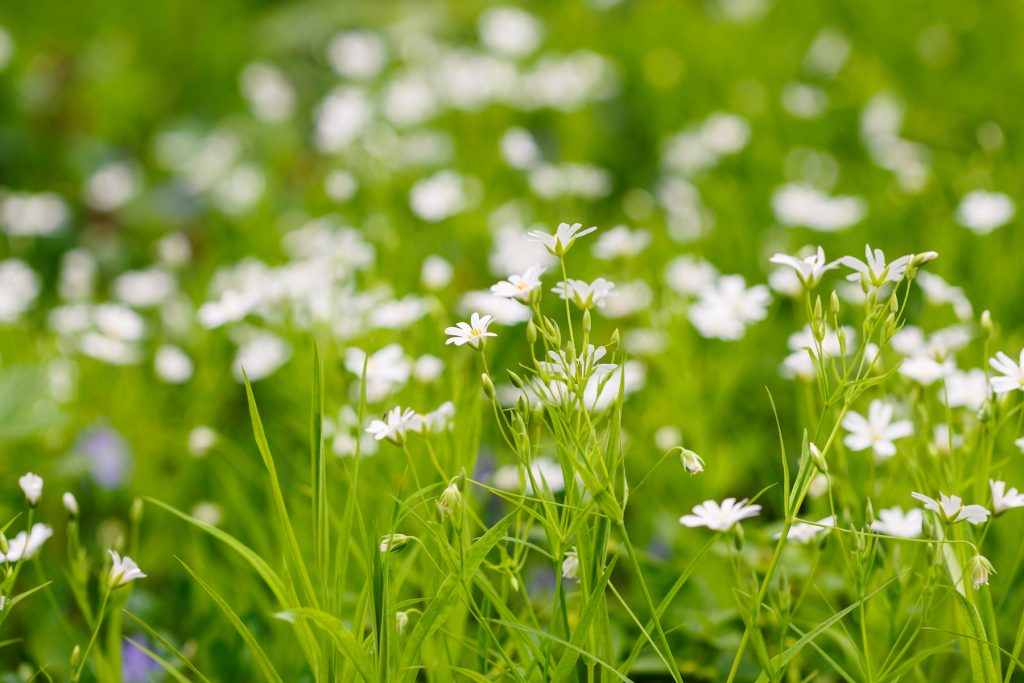 Chickweed has the same dark green color and thick texture as arugula but it’s more delicate in flavor than its peppery counterpart. It flourishes throughout most of the United States and grows in a similar patchy way as spinach or lettuce. Its leaves, stems and blossoms are all edible and it’s the perfect addition to a salad, either on its own or in a fall blend. It’s also tasty in frittatas, sandwiches, herbal tea, and in pesto and dressings. Chickweed has been used for centuries throughout China to treat skin ailments like dermatitis and as an anti-inflammatory. 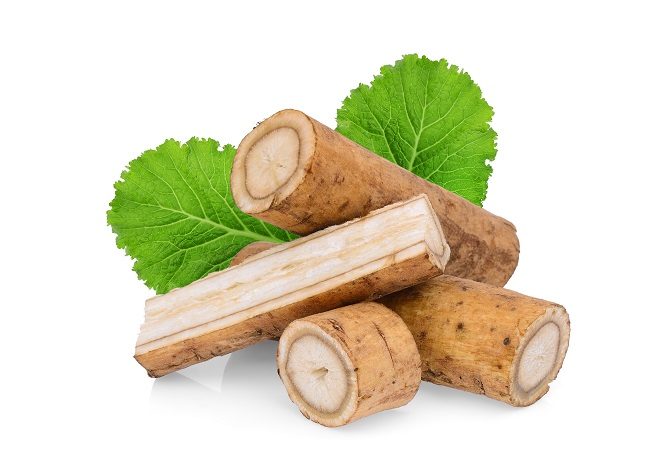 Burdock looks like a cross between a carrot, horseradish, and parsnip but its robust, earthy flavor is entirely its own. Burdock root is available from spring to fall but it’s most enjoyable in the autumn when its creamy white flesh and blonde skin are at their most flavorful. Burdock is native to Europe and East Asia but it now flourishes in abundance throughout temperate regions of the United States. It can be used in the same way you would incorporate carrots or parsnips into your recipes. It is also a noted treatment for digestive issues and skin ailments. 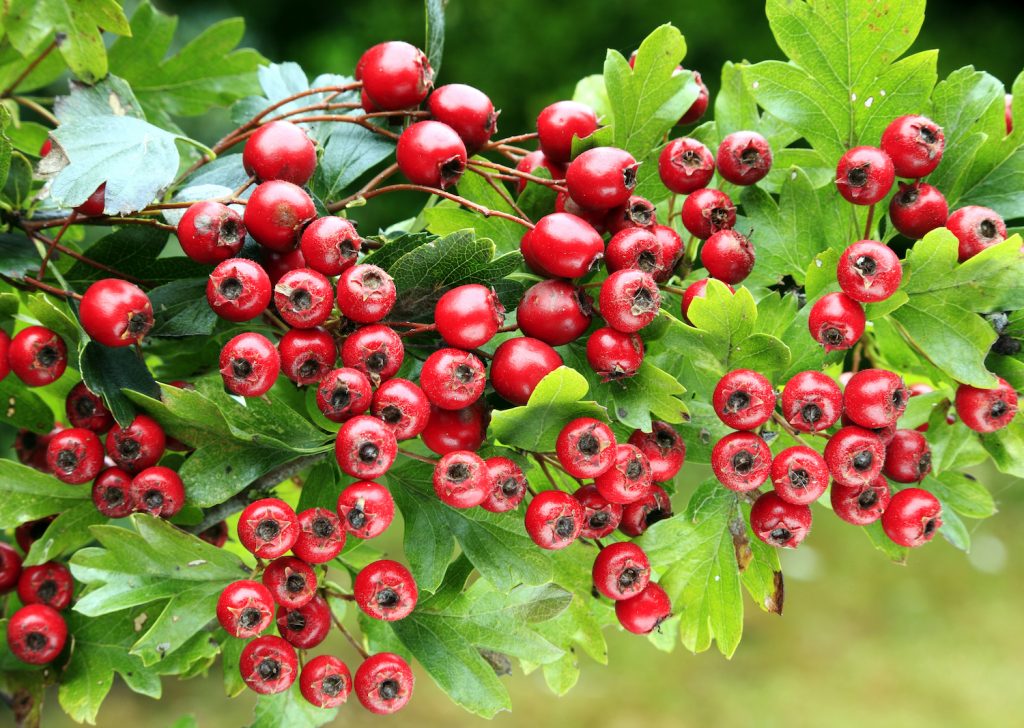 Let’s get this out of the way first: Hawthorn seeds are toxic. They contain an enzyme called amygdalin, which is cyanide bonded with sugar that can cause acute stomach pain and is sometimes fatal when consumed in high doses. The good news is that the berries can be cooked with their seeds and as long as the seeds are discarded after this process and not consumed, the bright red flesh of the berry is as benign as the jams, chutneys, and syrups it’s transformed into each fall by foragers.

The hawthorn bush is a member of the rose family and its bright red berries flourish along the hedgerows of Europe and throughout America. Their sweet-sour flavor is appealing in both dessert and savory dishes with the added bonus of being heart-healthy and a cure for gastrointestinal ailments.

Wild persimmons are smaller than those most commonly found in supermarkets but they are no less delicious. Vibrant orange in color and bursting with a tart flavor and a velvety texture, persimmons are at their best in late fall and early winter when their sugar levels are at their highest and their flavor is the most complex. Persimmon trees flourish throughout the entire coast of the eastern United States, Texas, and the Midwest and are noted for their black and grey craggy tree bark. They are excellent in both savory and sweet recipes or on their own as a fall afternoon pick-me-up. 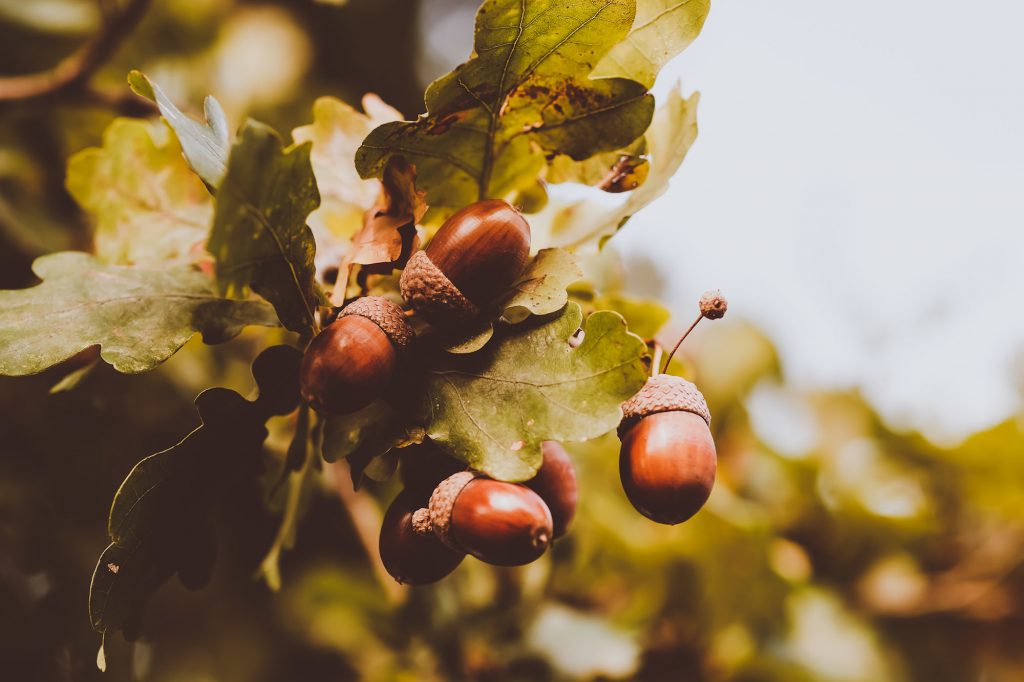 The trick when cooking with acorns is to leach out their tannins before incorporating them into recipes. This can be done by removing their shells, grinding the nuts using a mortar and pestle or a mill and then soaking them in water before incorporating them into all manner of fall favorites including bread, soups, cookies, braises, and stews. Go ahead; channel your inner squirrel and forage for a few acorns on your next fall walk through the forest.

What to Make with Your Foraged Fall Ingredients

Here’s what to make with your foraged foods. 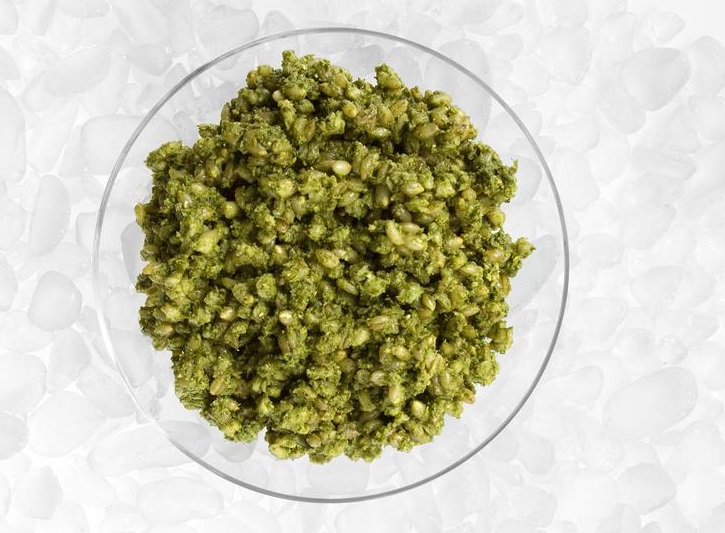 This simple pesto recipe incorporates chickweed and pine nuts for a vibrant green sauce for your salads, roasted vegetables or grilled fish. Swap out your favorite toasted nut for the pine nuts and omit the nutritional yeast if it proves too difficult to source. Get the Chickweed Pesto recipe.

there’s a heat wave in california right now (it’s 100 degrees) and I’m dreaming of real fall. this maitake mushroom alfredo pasta recipe is up on the blog today

A post shared by Cooking with Cocktail Rings (@cookingwithcocktailrings) on Sep 26, 2016 at 11:54am PDT

Seared maitake mushrooms make for a meaty vegetarian pasta, with a crème fraîche-based sauce with a bit of tang, plus plenty of parmesan cheese and fresh herbs. Get the Maitake Mushroom Alfredo Pasta recipe. 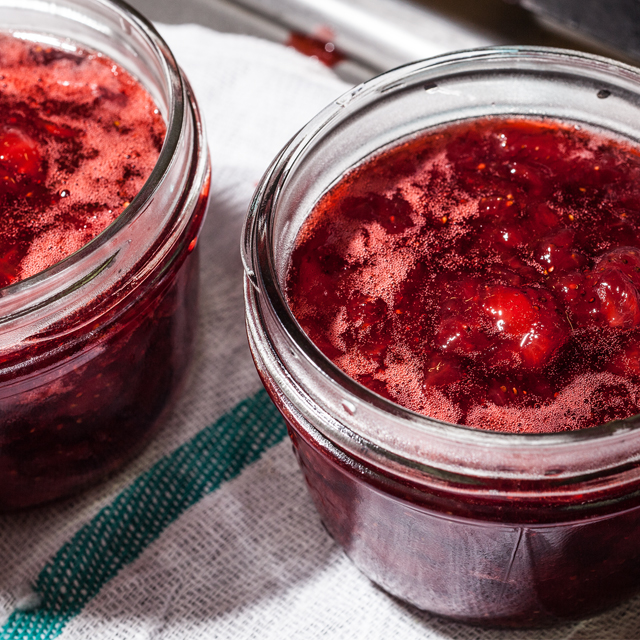 Hawthorns infuse this chutney recipe with their vibrant flavor and bright red color. The berries are combined with a variety of spices to create a chutney just as at home on your next Indian curry as it is slathered over the crispy skin of a roasted chicken. Swap it out for cranberries this Thanksgiving and send the extras home with your guests in Mason jars for a chutney gift that keeps on giving. Get the Hawthorn Chutney recipe.

Caramelizing persimmons coaxes out their natural sugars while retaining their autumnal orange color. This recipe makes an excellent side dish but is also good when combined with roasted duck breast or chicken. The olives add a little brininess while the raisins keep it sweet. Get the Caramelized Fuyu Persimmons recipe. 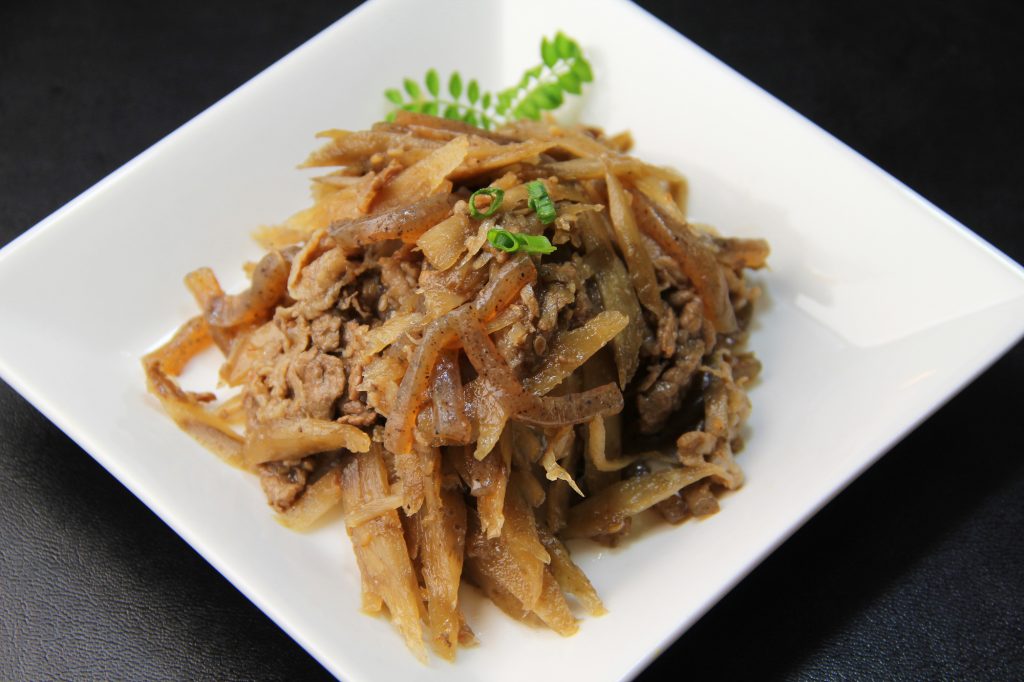 Burdock root takes center stage in this Korean recipe where it is braised with a variety of flavorful spices. The best thing about it besides its tastiness is that it can be eaten as is or used as a stuffing for dumplings or sandwiches. Get the Braised Burdock recipe.

Acorns are not just for squirrels. They are nutritional flavor bombs that are at their best when tucked into recipes that coax out their earthy virtues like this bread recipe which also includes molasses, flaxseed, and coconut oil to really drive its healthful virtues home. Get the Acorn Bread recipe.

Well it took most of my pawpaws but it’s delicious, so I’m happy! I found this spiced pawpaw cake recipe and couldn’t resist. Topped it with cream cheese frosting and walnuts

This is the perfect cake to serve at the end of an autumn meal or to conclude a fall afternoon tea party. The lemon buttercream frosting is a nice bright contrast to the pawpaw cake and pecans. Get the Pawpaw Cake recipe.

Related Video: How to Clean Mushrooms 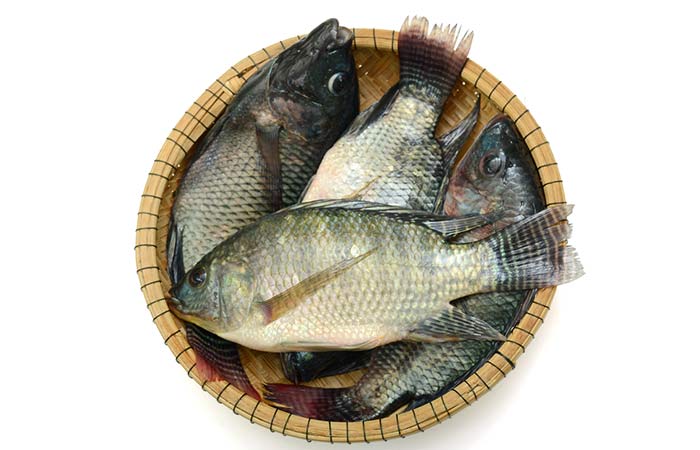 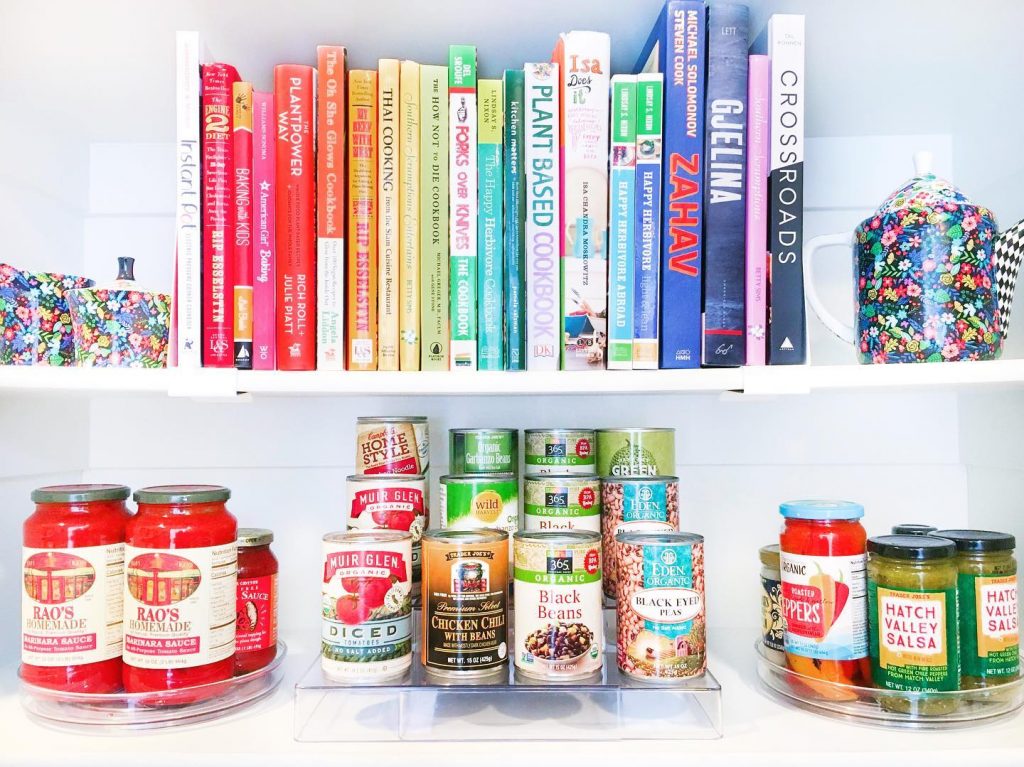