Dessert Dips Are the Easiest Way to End Any Summer Party

What Is the Difference Between Bomb Pops and Firecrackers?

Where Do Hot Dogs Come From? 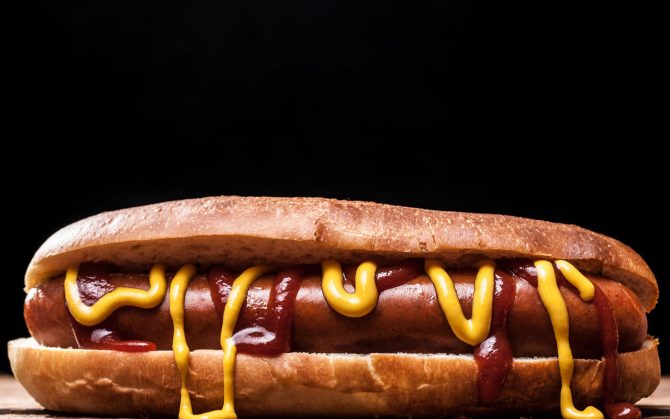 “Where do hot dogs come from?” may not be a question you find yourself asking often (or ever, tbh), but it’s one asked by millions—yes, millions—of Google users during summer grilling season. And if you’re anything like one of the curious cooks who’s turned to the internet for increased hot dog knowledge, we know what you’re probably thinking: “ground-up American pork byproducts like stomachs, snouts, and hearts molded into a phallic shape.”

For that answer, you’d be partially correct. Hot dogs were named after a New York Journal cartoon depicting a dachshund nestled between two buns, but the term “frankfurter” actually comes from Frankfurt, Germany, aka the birthplace of the celebrated sausage wiener.

Related Reading: The History of the Kosher Dog

But what about the mystery meat?

While ingredients vary by company, The National Hot Dog & Sausage Council claims that most hot dogs start as “trimmings.” No, these are not your favorite Thanksgiving Day sides combined to create a casing-wrapped meaty treat. Instead, they’re the “lower-grade muscle trimmings, fatty tissues, head meat, animal feet, animal skin, blood, liver and other edible slaughter by-products.” Have you put down that bottle of yellow mustard yet? 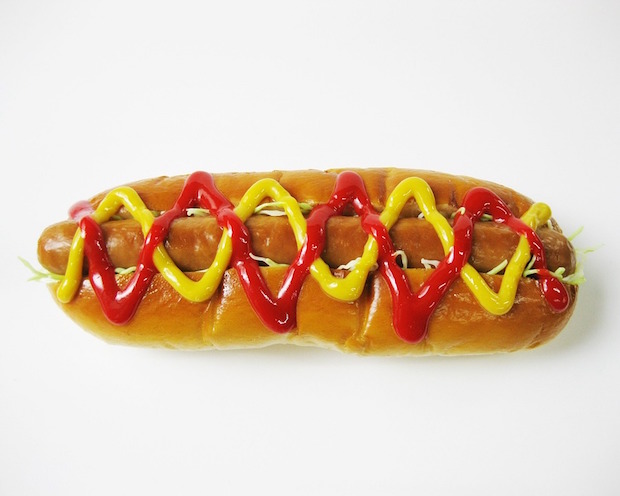 Once trimmings (pork and beef being of higher quality than mechanically-separated chicken and turkey) are pre-cooked to help remove the meat from bone and eliminate bacteria associated with butchering, they’re ground up in a machine, emulsified into a paste, and then mixed with salt, starches, spices, and sweeteners. Water is added to for a smoother consistency, which makes the dogs easier for pumping into their respective casings (either cellulose or natural). Before inspection and distribution, cellulose casings are removed for “skinless” varieties while natural casings (the animal’s cleaned intestines) are left in tact. It’s how you get that “perfect crunch.”

And that’s basically it, folks. An American classic grilled, topped with the most random of condiments, and plopped onto a bun for your satisfaction.

Related Reading: Why Does Ketchup on a Hot Dog Piss People Off?

If we haven’t completely ruined your appetite, check out a few of our favorite hot dog recipes below. You may need to cover your eyes before consuming, but it’s the culinary patriotism that counts, right? Right. 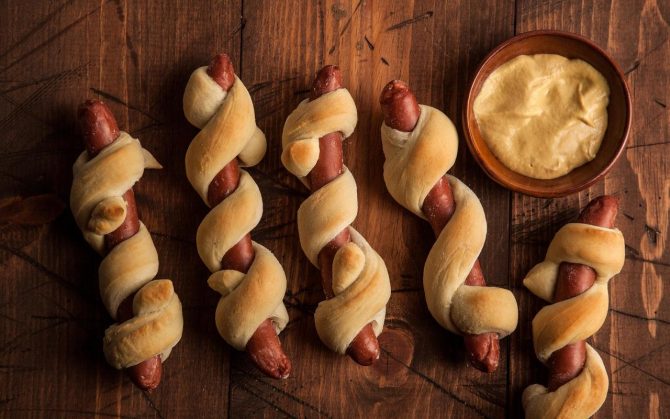 Anything tastes on good pizza, so pizza dough must taste good on anything. We’re not entirely sure if we agree with that logic, but in honor of the 4th of July (and National Hot Dog Day coming right up on July 17), we’re rolling with it. Literally. Get our Pizza Dough Dogs recipe. 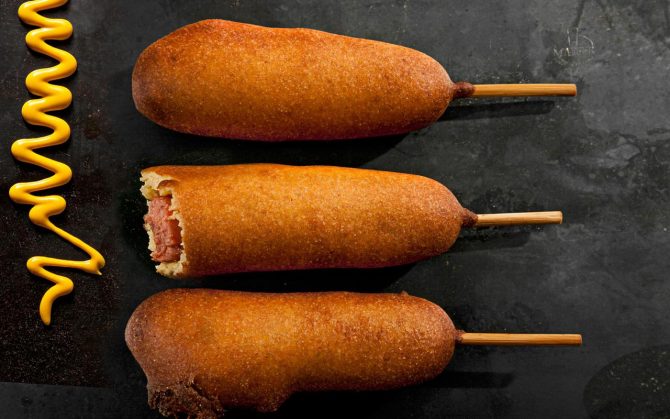 This is about as American as you’re going to get. Processed pork that is breaded, deep fried, and then dunked in sugary sauces? God bless us and all of our nation’s cardiologists. Get our Corn Dogs recipe. 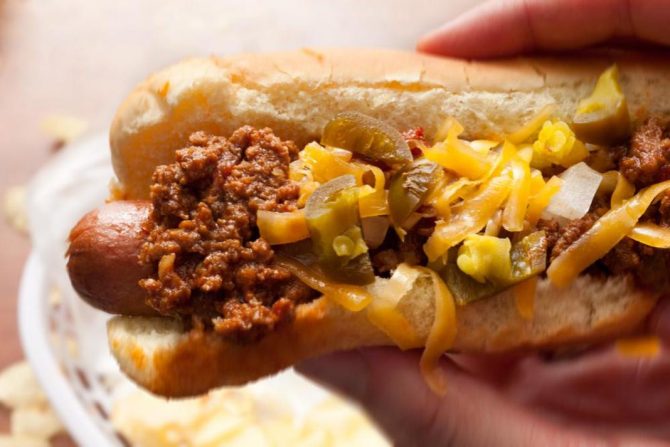 Because meat obviously needs more meat. Go big or go home when it comes to hot dogs. Apparently that’s the only way to do them. Get our Bison Chili Cheese Dogs recipe. 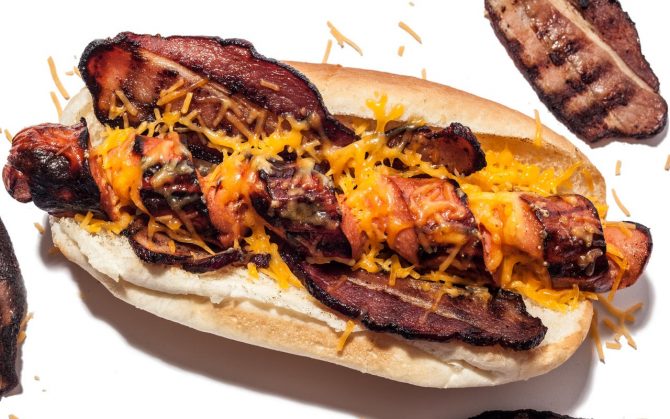 Furthering that theory, witness the bacon-cheese dog, which is spiral cut to maximize its charred surface area and catch all those toppings. Get our Spiral-Cut Bacon Dogs recipe.

The same method can be applied to even more madly delicious topping combos, like bahn mi-inspired pickled vegetables, mayo, and Sriracha. Get our Banh Mi Spiral-Cut Hot Dogs recipe.

Related Video: How to Spiral Cut a Hot Dog