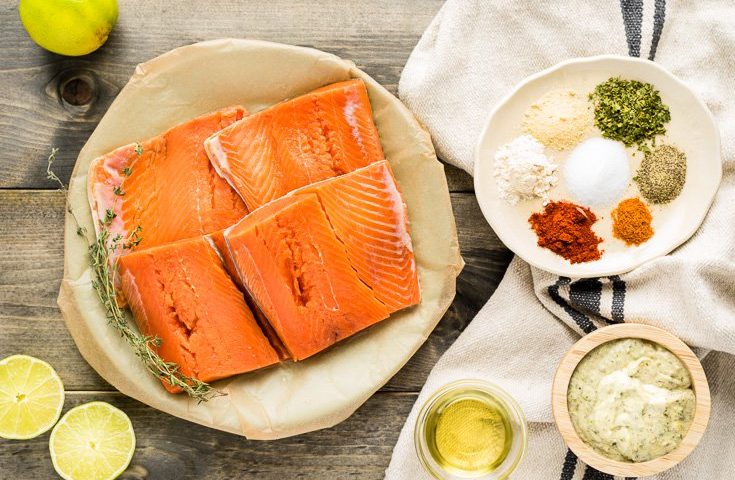 Many of us don’t get enough fish in our diet. The average American eats about four ounces a week, which is half of what’s recommended for most adults. (1) One complaint I hear often is that fish is too tricky to cook — or that it doesn’t taste great. Wait until you try this blackened salmon recipe!

Wild-caught salmon is one of my favorite fish to eat. It’s loaded with nutrients that are hard to come by elsewhere. This blackened salmon recipe is ready in under 30 minutes. You likely already have everything necessary on-hand, and, best of all, it’s fool-proof. Whether you think you like fish or not, you’ll want to at least try this blackened salmon.

What Goes Into Blackening Seasoning?

So, how do you make blackened seasoning? I’ve done that by adding smoked paprika, which gives this salmon that “charred” flavor you’d get if you were using an outdoor grill, and what makes it not just Cajun-style, but blackened as well.

Is blackened season spicy? Only if you want it to be! The smoked paprika in this recipe adds a little kick, but not too much. You can add cayenne pepper or crushed red pepper if you want to increase the heat here.

Do You Eat the Skin of Salmon?

This is something people wonder about often. The answer is, it depends. I prefer removing the skin unless I am grilling the salmon. If that’s the case, leaving the skin on can result in extra texture thanks to the skin becoming nice and crispy.

Another question I get asked often is do you cook salmon with the skin on or off? Again, since I usually prefer eating my salmon skin-free, I remove it. How do you remove skin from salmon? It’s actually much easier than people think and the more you do it, the better at it you’ll become.

Start by placing the salmon fillet on a cutting board. I find it helpful to sprinkle the tail end of the fish in salt to get a firm grip. Next, while holding the tail end, use a sharp knife to cut between the fish and the skin. You want to be cutting in the opposite direction from where the tail is.

Keep holding the end and continue cutting along the length of the salmon. Then simply remove and toss the skin.

Once the fish is skinned, it’s ready for cooking. Here’s what you’ll get in one serving of this blackened salmon recipe without dressing: 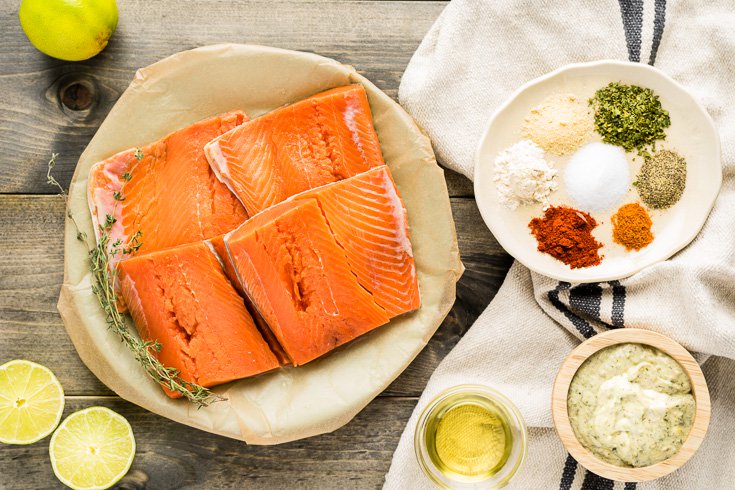 As you can see, this blackened salmon recipe really packs a nutritional punch!

How to Make Blackened Salmon

I’ve served this fish as a blackened salmon salad nestled on kale, but you can serve this salmon any way you’d like. You could use this recipe for blackened salmon tacos, for instance, or serve this with sweet potato fries instead of kale. Once you try the recipe as-written, I’m sure you’ll be looking for as many ways as possible to incorporate it into your menu. 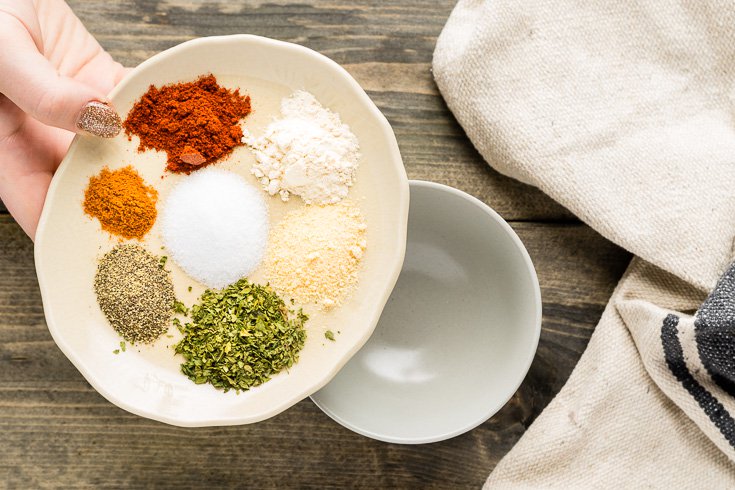 Start by warming the avocado oil in a large pan over medium heat. While the oil is heating, combine the herbs and seasonings in a small bowl. 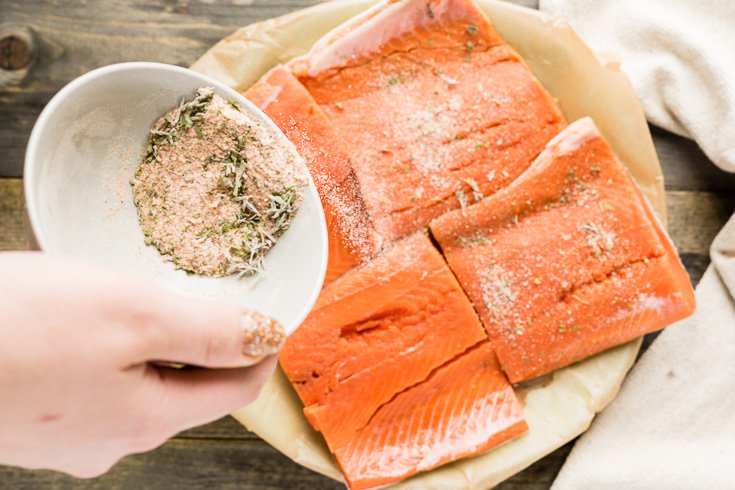 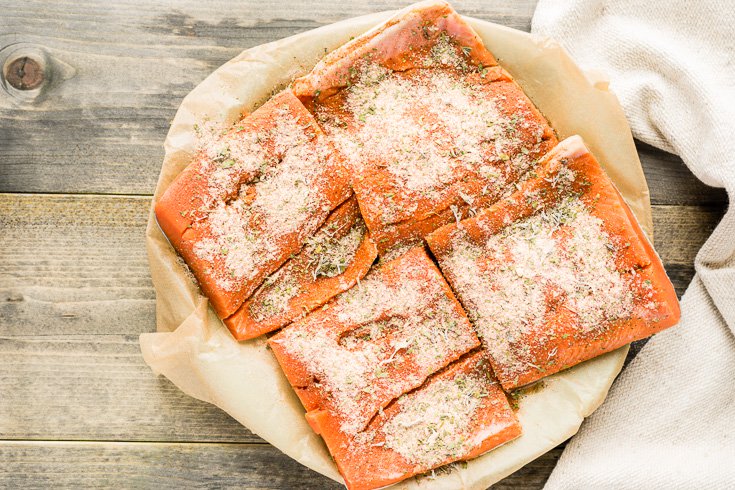 Coat the salmon filets evenly with the seasonings. 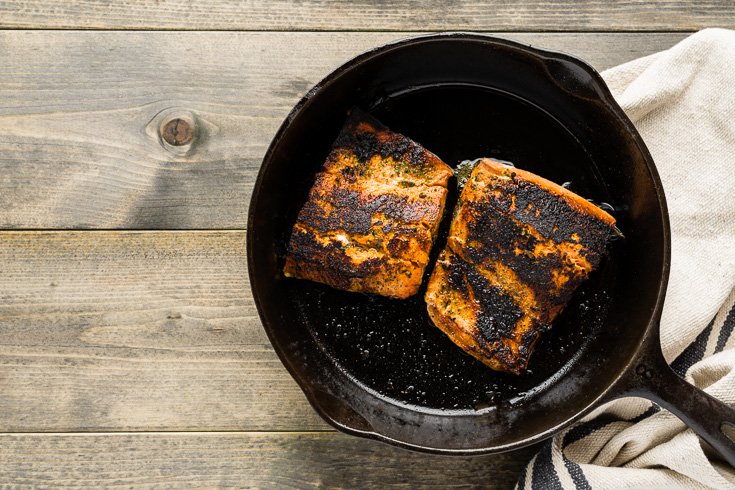 Use tongs to place the salmon filets in heated oil. Cover the pan and fry the fish for 5–10 minutes on each side, or until the internal temperature reaches 145 degrees Fahrenheit. 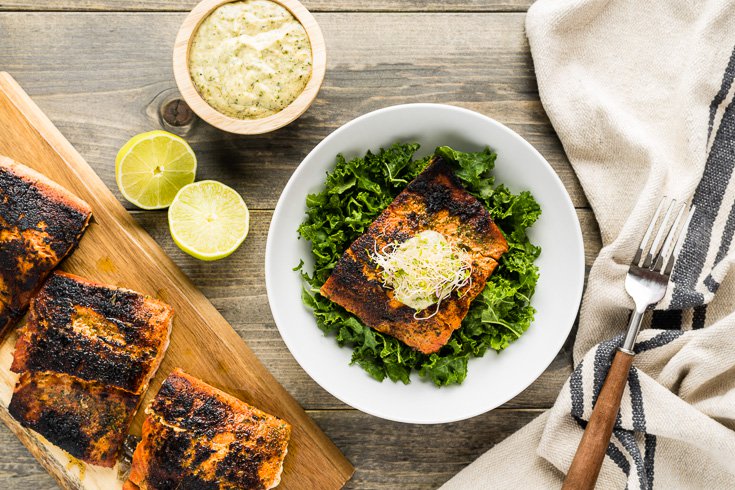 Serve over massaged kale and top with creamy avocado cilantro lime dressing, or a dressing of your choice. 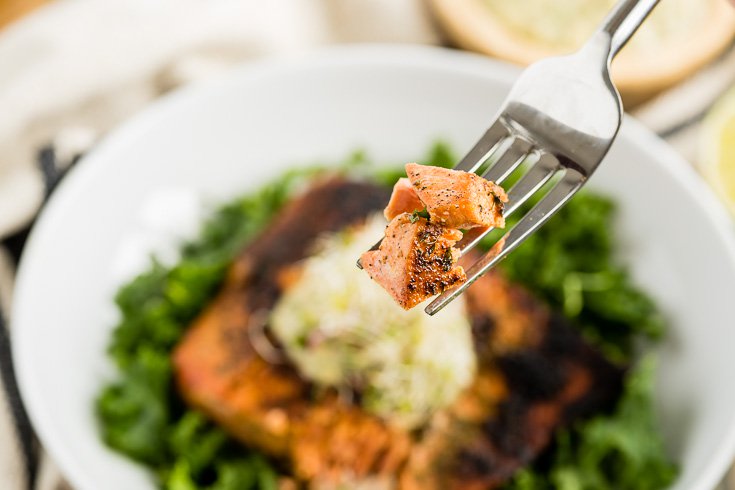