Chances are that you’ve tried milk pudding before. It’s a dessert made, in different variations, throughout the world. But typically if you’re lactose-intolerant, it’s downhill — the recipes rely quite heavily on cow’s milk.

That’s why it’s such a treat to bring you my Coconut Milk Pudding recipe. It’s made with nutrition-rich coconut milk, so not only is it suitable for those avoiding dairy, but it gets an extra creaminess. There is no refined sugar in it; instead, you’ll enjoy the nutrition-rich maple syrup. If you’re ready for a super tasty dessert that you probably have all the ingredients for already (isn’t it great when that happens?), it’s time to make this coconut milk pudding.

Start by bringing the coconut milk and maple syrup to a boil in a small pot. Once the mixture is boiling, turn the heat to low. 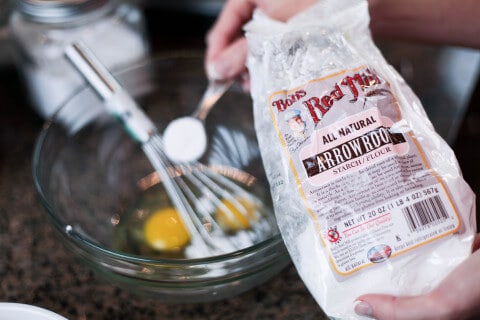 Then, in a bowl, whisk together the arrowroot powder and eggs. When they’re well combined, take one cup of the coconut milk and maple syrup mix and pour it into the egg bowl. Make sure to whisk constantly while doing this, to avoid any clumping. 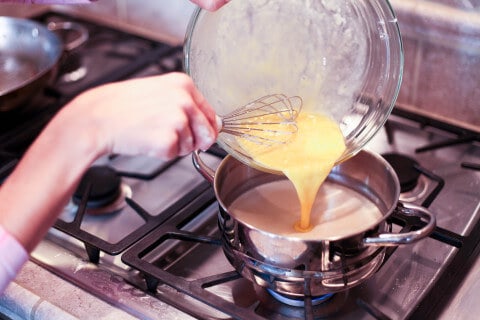 Now it’s time to combine everything. Slowly add the egg mixture to the coconut milk pot on the stove, whisking constantly. Be sure to keep the heat low so the eggs don’t cook! Once the mixture on the stove thickens, remove the pot from heat and add in the vanilla extract and coconut oil. 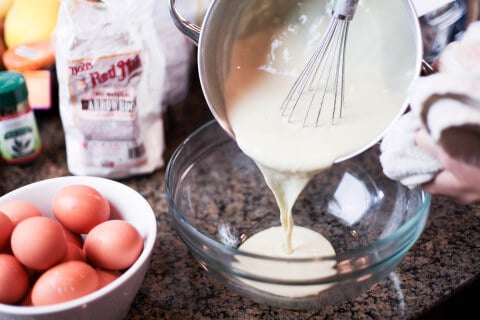 Stir it all up, then pour the contents into a bowl. Place the bowl in the refrigerator, letting the coconut milk pudding cool and thicken a bit more for 30–60 minutes. That’s all there is to this unbelievably simple recipe! You can easily whip up this coconut milk pudding on a short moment’s notice or when you’re in the mood for something sweet. I know this will become a dessert staple!

My Coconut Milk Pudding recipe is made with nutrition-rich coconut milk, so not only is it suitable for those avoiding dairy, but it gets an extra creaminess.

For some added nutrition and flavor (and to improve its presentation!), add some fresh berries on top.