Home DIY How I Resurrected A 50-Year Old Film Camera, And Discovered Its Beauty
DIY

How I Resurrected A 50-Year Old Film Camera, And Discovered Its Beauty

I repair things. As I am also actively doing photography, I have repaired some cameras in the past years – but a friend recently brought me a beautiful, and somewhat unique vintage film camera, which I wondered about.

Yashica Electro 35 was the world’s first fully automatic camera, which was announced in 1968, and it was like something from the future. Some of its features :

– under/over-exposition notifier lights on the camera, and in the viewfinder (based on light metering…);

– rangefinder, coupled to focus ring on the lens;

– the metering began working with half-pressed shutter button (as the autofocus on nowadays cameras!);

This particular camera came from the early ’70s. This is the GS version of Electro 35, capable to light metering up to ISO1600. When I got the camera, it had the following issues :

– rangefinder badly aligned, and not moving;

– the electric system not working.

The repair wasn’t so hard, I had to re-solder some wires on the battery bay, and lubricate the lever moved by focus ring under the rangefinder. Then a draft alignment of the rangefinder was taking some hours (owner said that he will do the fine tune). The goal was not to fully restore the device to a new state, but only to get it to work.

Which was strange for the first time, was that the mechanics were perfect, but the wiring and soldering were not that we see on nowadays Japanese products. But I won’t say it’s bad, as it survived almost 50 years!

After this, I put the parts together to take some photographs of this perfectly designed classic camera. Looks it can work for another 50 years… 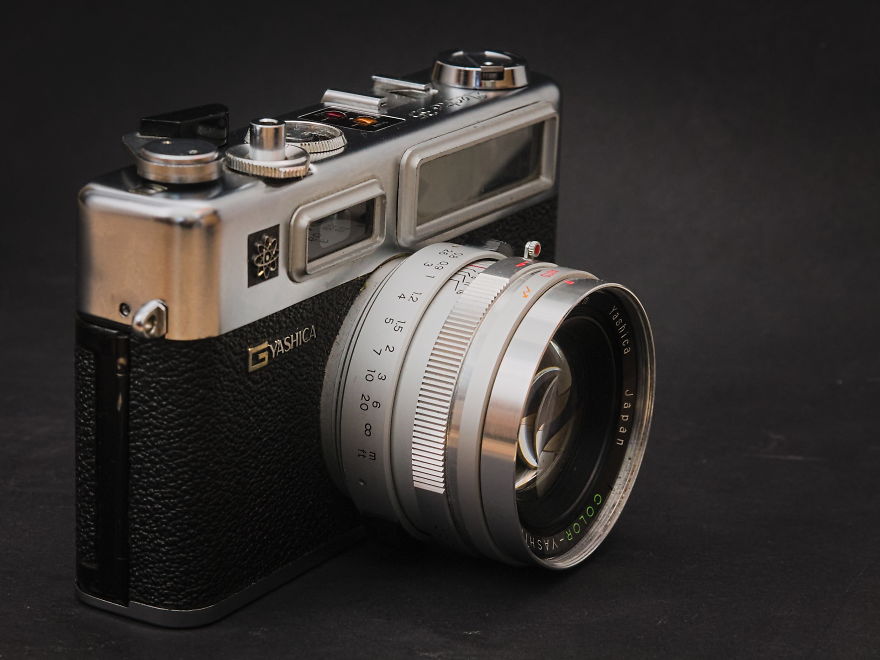 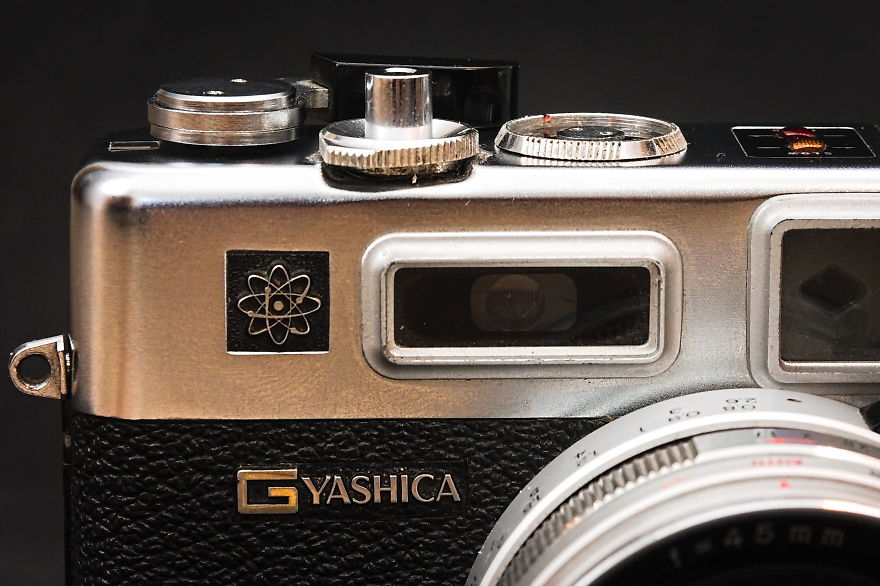 The lamps on the top 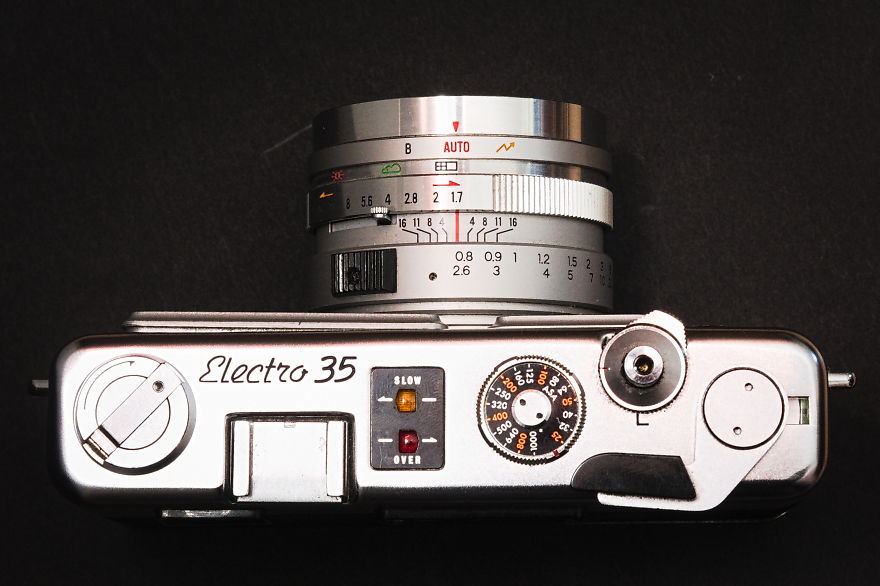 Everything made from shiny metal 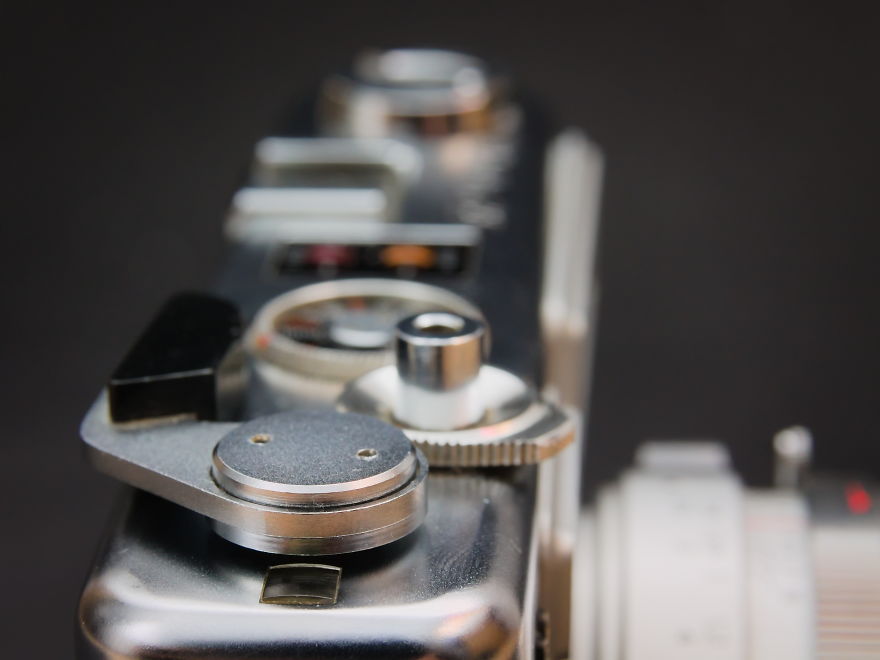 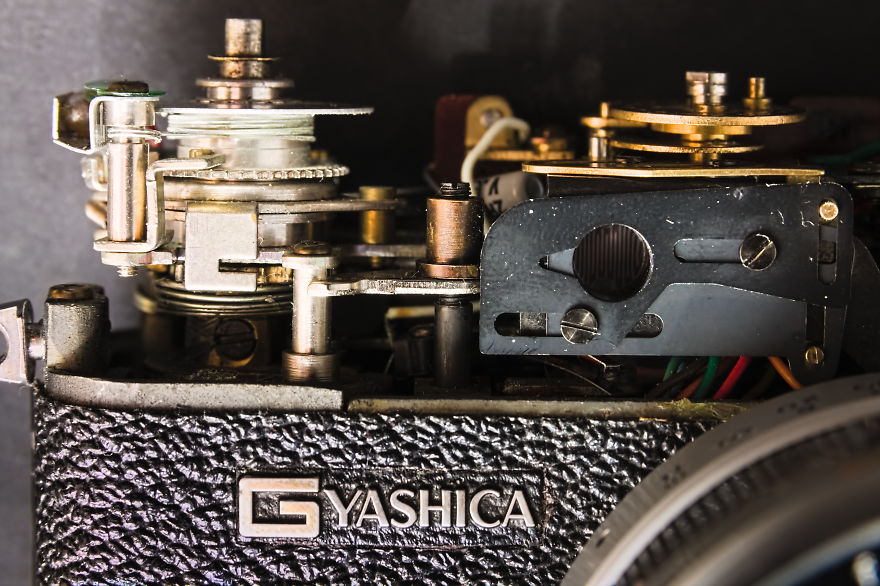 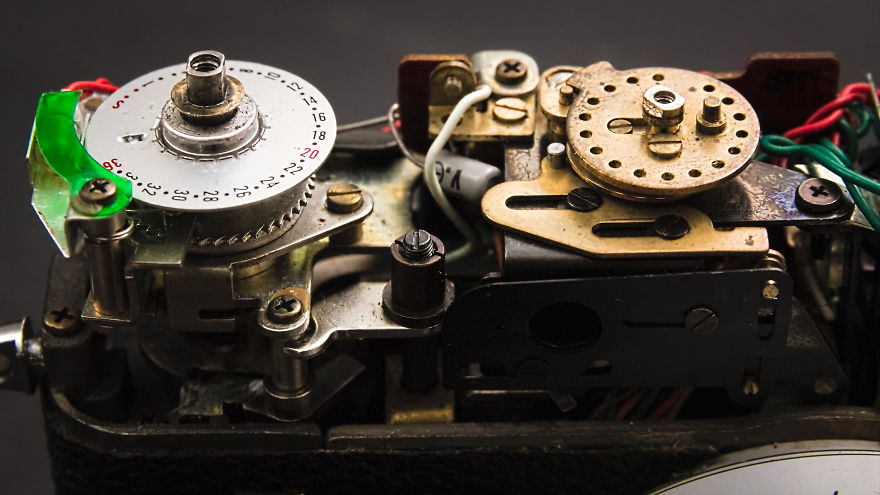 Wiring for the light meter and the lamps 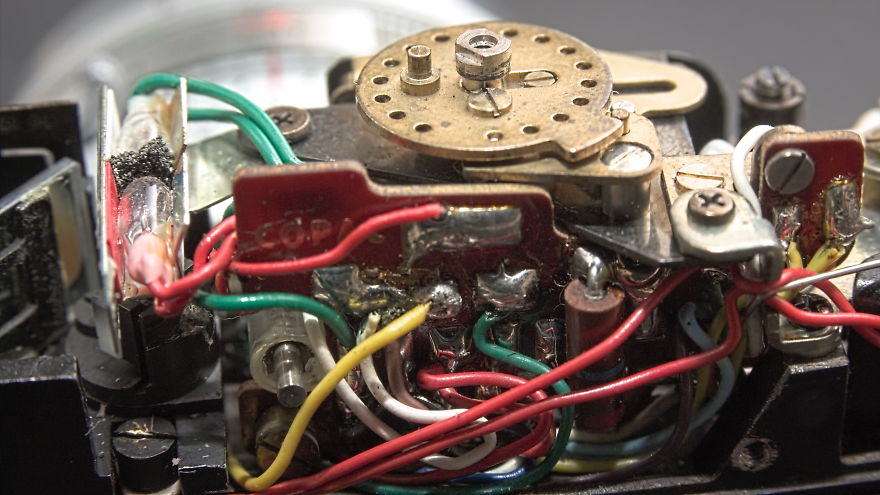 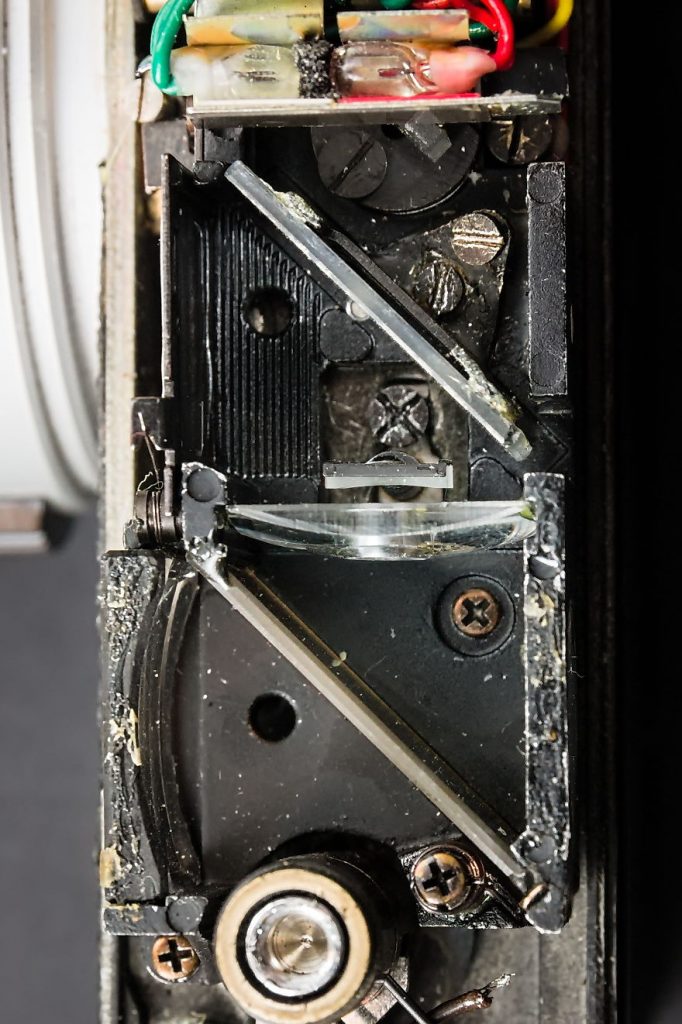 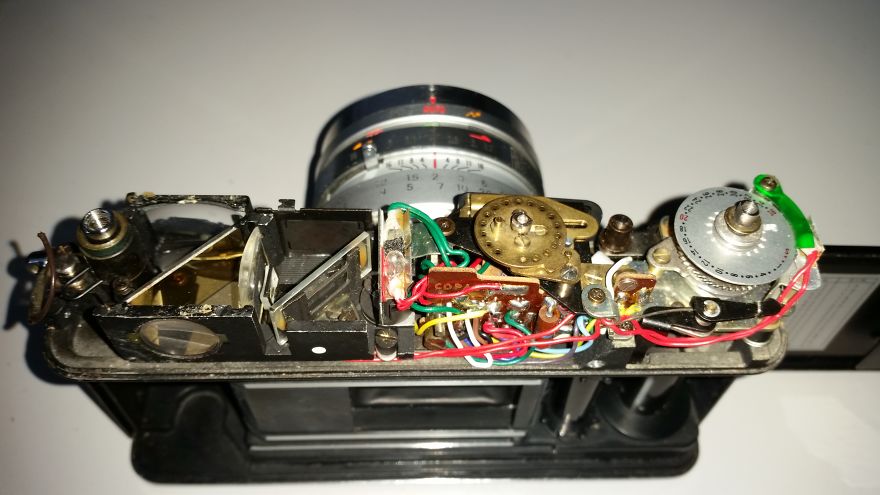 Mechanics at the bottom 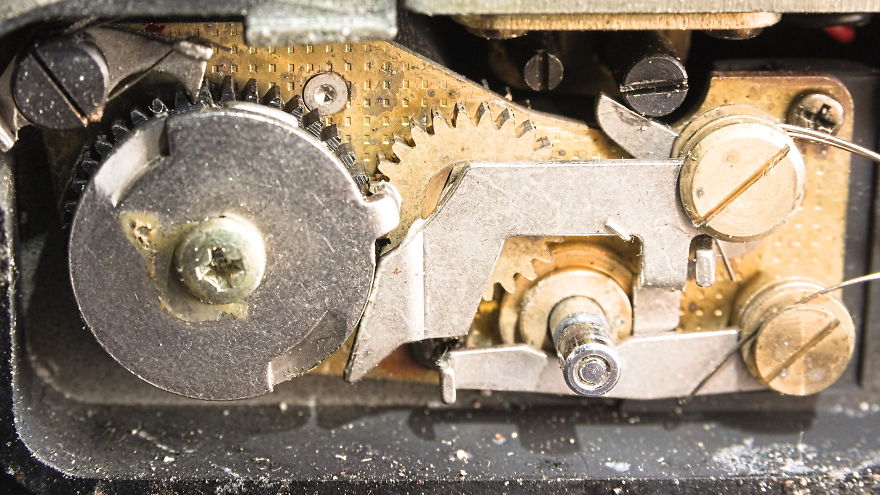 Look through the rangefinder (the yellow circle is the focus area) 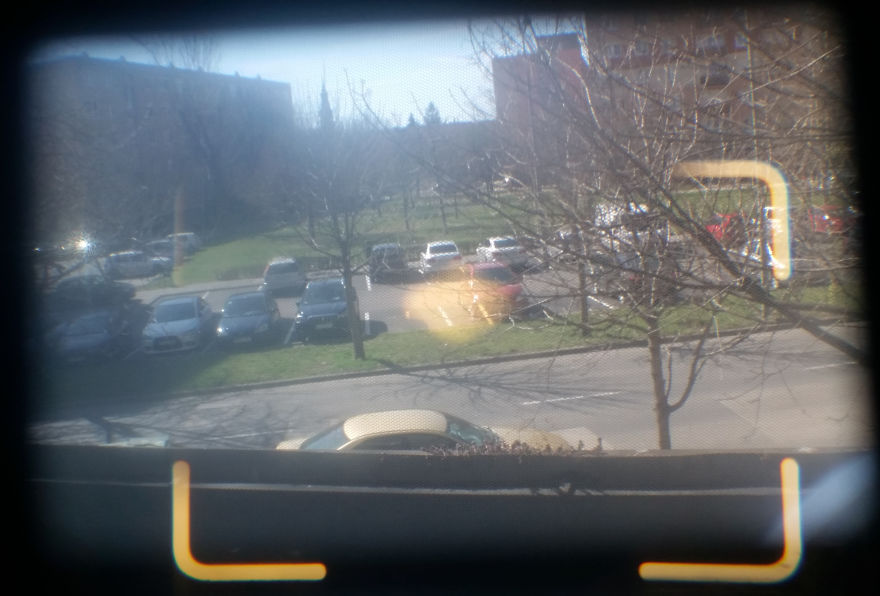 The Lifehack Show: The Importance of Leadership (No Matter Who You Are) with Michael Bianco-Splann
Power food bowls recipes
6 Amazing Vision Board Ideas To Help You Achieve Your Goals
Add a macro lens to your phone for hours of cheap entertainment
Facebook
Twitter
Pinterest
Print
Previous articleI Knit This Moose Head For A Wedding Present
Next articleAmazon’s Selling A Guesthouse ‘Kit’ That You Can Build In Your Backyard In 8 Hours